HEAVENER, Okla. (KFSM) — A Heavener woman’s daily routine turned into a nightmare after she became the latest victim of a practical joke, which she says w... 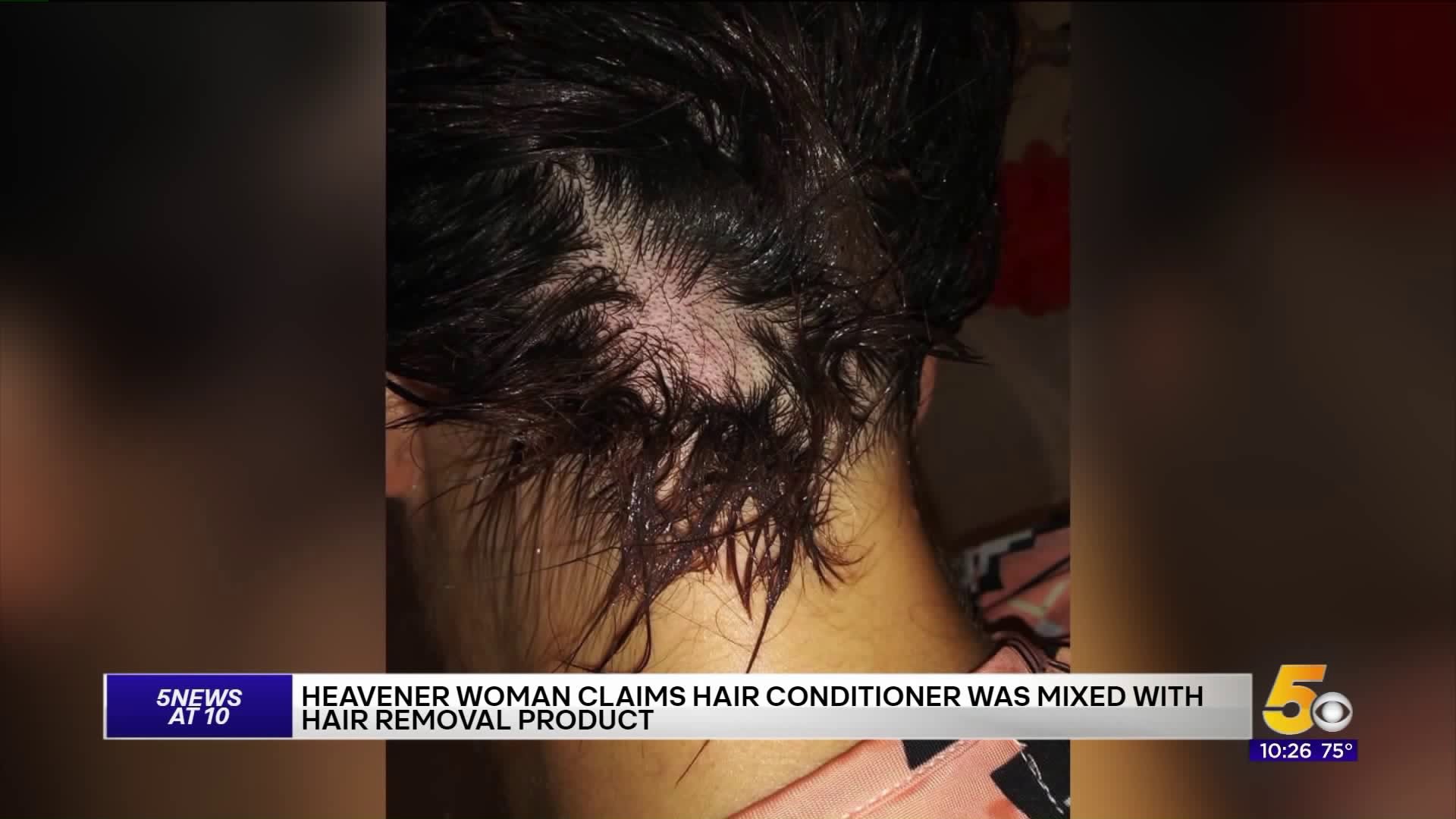 HEAVENER, Okla. (KFSM) — A Heavener woman's daily routine turned into a nightmare after she became the latest victim of a practical joke, which she says wasn't funny at all.

Someone replaced the and shampoo and conditioner she bought from the store with Nair, a hair removal product.

While she is confused and frustrated with what has happened, she tells 5NEWS she's trying to stay positive.

When Leeann Buxam's hair began falling out in chunks in the shower, and her scalp began to burn, she thought something was seriously wrong.

"It felt like it was falling out so bad that I was going to have to shave my head I figured what was wrong was there something inside of me making me sick," Buxam said.

The mother of 10 first noticed a problem after she washed and conditioned her hair — and two of her daughter's hair — with products she bought from a local Dollar General store.

Buxam, a cosmetology student, called her instructors for help after examining the products and doing some research. They found a Nair prank online of which Buxman had become a victim.

Someone had replaced the conditioner inside the bottle that Buxman got off the shelf with the hair removal product Nair.

The mother says she has a message for the person responsible for hurting her and her family.

"It's not funny, and I am praying for you, and I feel like you are hurting somewhere in your life. You just want something more. You want to hurt somebody because you're hurting."

Buxman says she is trying to remain hopeful and positive from this situation after being targeted by hate.

She says the hair will grow back and she says she will continue to believe in good.

"The world is not ugly, and I refuse to think it's ugly," Buxman said.

Buxman says she has contacted the store and local police to make both aware of the incident. She says she is not taking legal action in any way.

The store manager did tell her they plan to keep their Nair products behind the counter from now on.

Dollar General sent 5NEWS a statement about the situation:

"Dollar Generals strive to provide excellent service and safe, quality products that meet our customers' needs. We are currently investigating the matter at our Heavener, Oklahoma store and have reached out to the customer for further discussion."