HARTFORD (KFSM)—Hartford voters will be deciding whether to recall their mayor during the November General Election. But first, Mayor James Baker said he wanted... 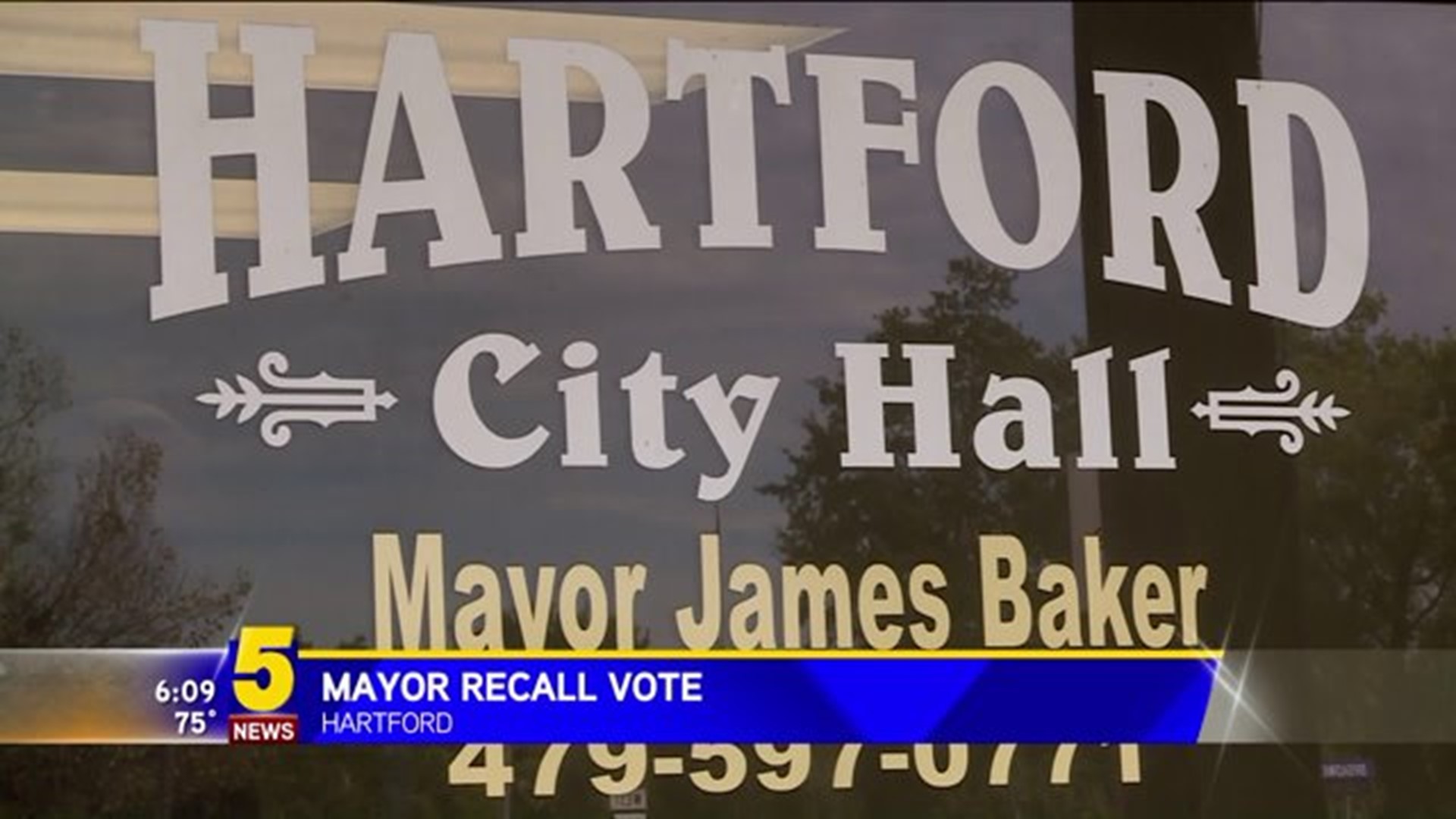 HARTFORD (KFSM)—Hartford voters will be deciding whether to recall their mayor during the November General Election.

But first, Mayor James Baker said he wanted to defend his track record in office.

“I actually found out about it whenever somebody contacted me on Facebook about it,” he said. “Someone said, ‘Hey, did you know they're passing this petition around to get you out of office?’”

It took around 40 signatures to put the decision whether Hartford’s mayor should be forced to step down to voters. More than 100 people signed the petition, including four city council members.

“I have had disagreements with the council over hiring policies,” Baker said.

He said he believes it’s disagreements like that, as well as the fact he broke the tie vote for moving City Hall to a new building and for a loan to renovate it, that prompted the petition.

“It was shortly after that that the petition started getting passed around,” he said.

The recorder-treasurer who works in the same office as Baker also signed the petition, but declined to comment on camera about it. So did city council member Karen Griffin, the second name signed on the petition.

Alvin Payne said he and his wife also signed the petition, but they now feel like they were misled.

“They said that the mayor was basically stealing from the city, writing unauthorized checks and disobeying the directions of the city council and just in general doing a poor job,” Payne said.

After doing some investigating of their own, he said now they’re going to vote to keep Baker in office.

“I know he's been doing a lot of good for the city, talking to businesses, trying to bring retail stores to our little town,” Payne said.

Baker said come Nov. 8, he wants voters to know they will not be voting for their next mayor. The council will appoint whomever it wants.

“This job if I was doing it for pay, I would've quit a long time ago,” he said. “I do it to try and improve the city, and if somebody else can do it better, I wish them the best.”