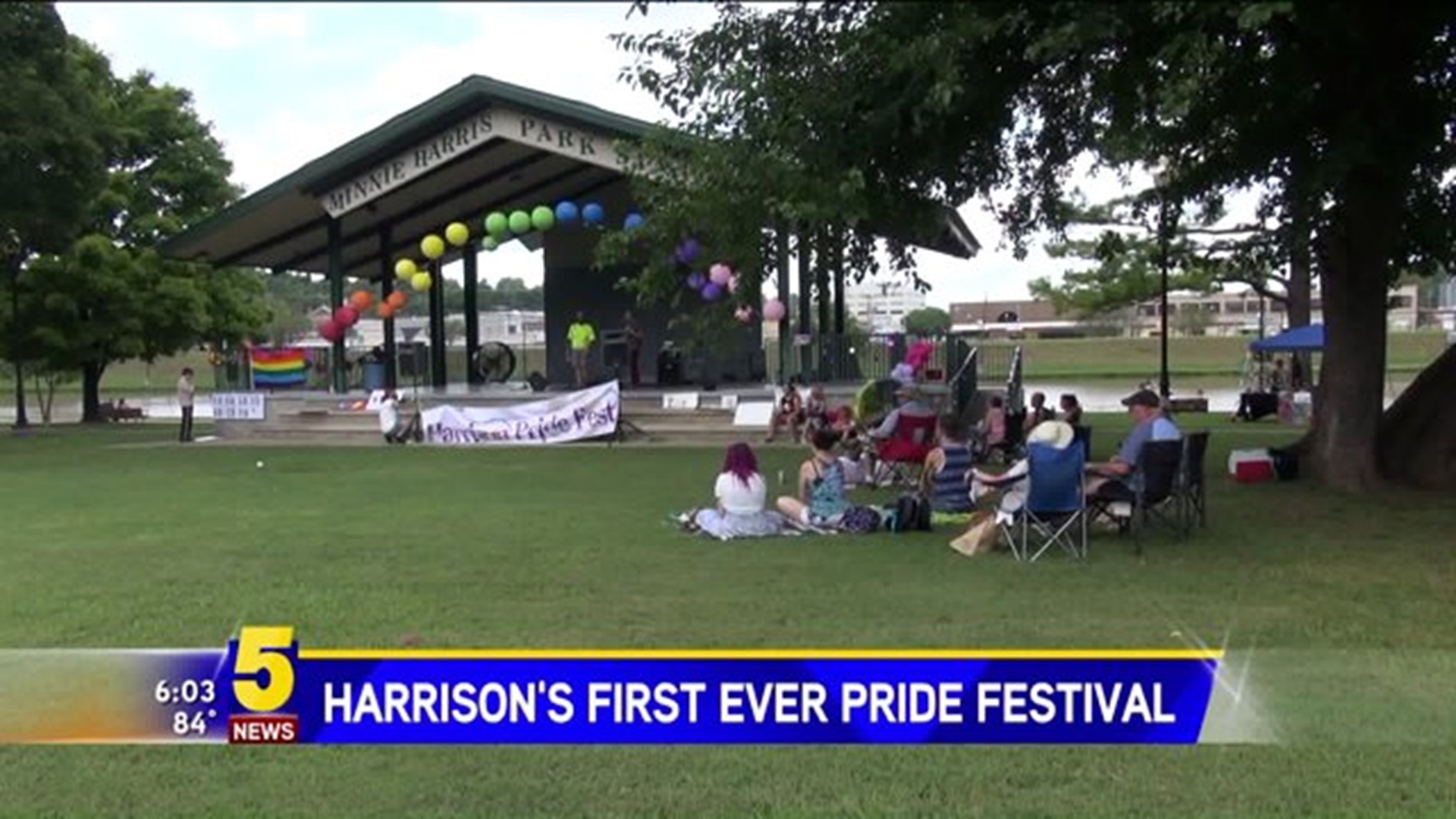 The festival was all about bringing the community together, which is something Cynn Parton said has been a long time coming.

“Our part of the country has been well known for bigotry and backwardness for so long and they’re a whole of us who live here who don’t believe that and we don’t want to be labeled like that anymore,” Parton said.

John Morgan agreed the event is important for everyone.

“It doesn’t matter what the specific of the event, it’s important for everyone to just join in and just get along because that makes life so much easier,” Morgan said.

Vena Lantz came to perform for the crowd with the Queen City Voice.

“Our community wants to be a voice of love, a voice of acceptance of every individual no matter what,” Lantz said.

But not everyone was in support of the festival, members of the Arkansas League of the South were right across the street standing in support of Christian marriage.

Chairman R.G. Miller said the primary thing they are trying to accomplish is making sure people know there will be opposition as long as they have events like the one held Saturday.

“Our duty is primarily to God, to stand for his word and his truth and to stand for his law," Miller said. "His law condemns this and says that it is evil and we don’t want our children to be growing up in a city where homosexuals can parade around the town square or get married on the courthouse steps.”

The money raised during the Pride Festival will go to One Orlando, a charity setup to help victims and families of June’s shooting at a gay nightclub in Orlando.