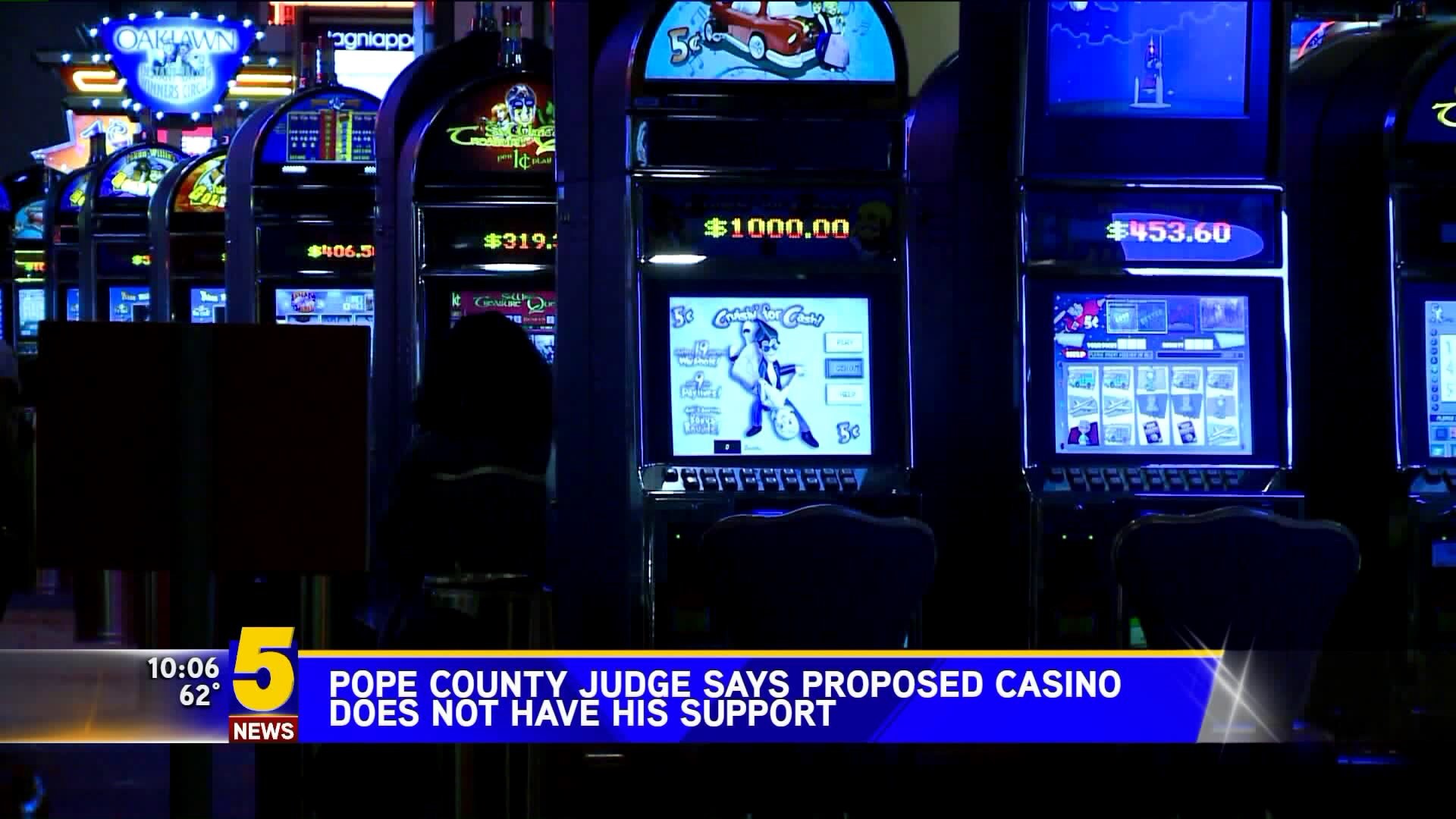 The resort planned for the River Valley will include a hotel with a variety of dining options, conference facilities, indoor and outdoor venues for live entertainment and other amenities.

"We aim to deliver to Pope County a facility that will attract visitors throughout the region and beyond," said Bill Warner, owner and CEO of Warner Gaming.

Hard Rock is present in 75 counties across the U.S. including 185 Hard Rock Cafes, 27 hotels and 11 casinos.

"We are pleased with the opportunity to bring the Hard Rock brand to Arkansas and continue our relationship with the Warner Gaming team," said Jon Lucas, chief operating officer of Hard Rock International.

In November of 2018, Arkansas voters approved an amendment allowing four casino gaming licenses to be distributed in the state, including one in Pope County.

On election night, voters in Pope County approved a measure that says a majority of registered county voters must approve a county judge's letter of support for a casino, the AP reports.

Casino supporters pointed out the approved amendment doesn't call for any local votes.

Current Pope County Judge Ben Cross said he would not support a casino based on the reaction from the community. A letter of support from a mayor or county judge is required for the Arkansas Racing Commission to issue a casino license. He doesn't think the county will see a casino for months or even years to come.

"The people on November 6th were abundantly clear by their vote that they did not want a casino in Pope County," Judge Cross said. "Even though the state of Arkansas did pass this into the amendment, its my job as their elected voice to represent the majority who voted against this."

Despite the majority support, some local residents believe the casinos will be very beneficial.

"I think when it comes down to it we have an opportunity here at our feet that we need to take a proactive approach and be progressive and try to capture this before we lose it entirely or make it a huge economic blunder for the county," said Russellville resident, Will Wetzel.

The Arkansas Supreme Court will have to handle the next big legal argument in Arkansas: Whose vote means more when it comes to making casinos legal?

5NEWS reached out to the Arkansas Racing Commission about the toss-up in Pope County over bringing a casino to the region. Scott Hardin, a spokesperson for the Arkansas Department of Finance and Administration, sent us the following response:

The Arkansas Racing Commission (a division of the Arkansas Dept. of Finance and Administration) recently issued casino licenses to Oaklawn and Southland. Both locations are adding new table games as fully licensed casinos with plans to significantly expand operations. Under Amendment 100 (Arkansas’ Casino amendment), two additional casino licenses will be issued, one in Jefferson County and one in Pope County. Beginning May 1 through May 31, the Racing Commission will accept applications for those licenses. Commissioners will review applications as they are submitted. The rules require each application be accompanied by a letter of support from the local mayor or county judge. If an application is submitted without this, the Commission must decide whether to review or reject it based on the lack of the letter. The time frame in which the Jefferson County and Pope County licenses are issued will be determined by the total number of applications received. It is possible a license could be issued as soon as June 13 during a scheduled meeting of the Commission.

Hardin told 5NEWS no support letter has been provided yet from Pope County.

Warner Gaming will file its application with the Arkansas Racing Commission in May.

“Arkansans have decided to keep the jobs and tax revenues associated with casino gaming within the state, and we are excited for the opportunity to be a part of that,” said Warner. “In the coming weeks, we will continue our discussions with Pope County residents so that we can get a feel for what the community would like to see in a project like this. Our past experience has taught us that community input and involvement is critical to our success.”

Hardin says if an application for a casino is submitted without the required letter of support a commission must make a decision whether to reject it based on the missing letter or review it. Without the letter of approval from a county judge or mayor, the application is incomplete.

More details about the proposed casino are expected to release in May.