SPRINGDALE (KFSM) — The Springdale School District has concluded that the Har-Ber Herald may repost a controversial article online about an investigation into f... 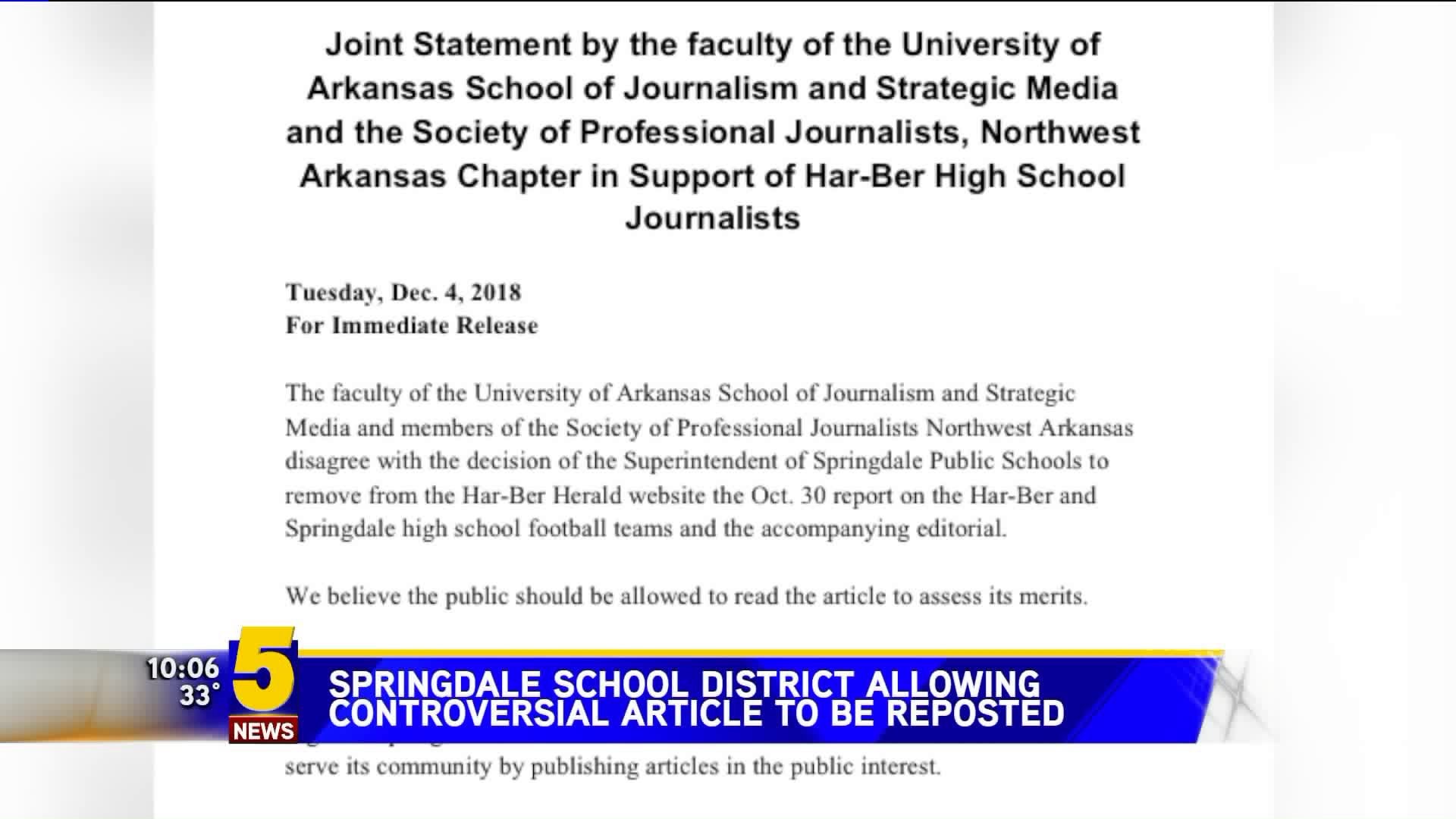 SPRINGDALE (KFSM) — The Springdale School District has concluded that the Har-Ber Herald may repost a controversial article online about an investigation into football players' transfers at the high school.

The initial story was removed from the school's website, at the administration's demand, with students claiming school leaders told them it was negative and demeaning.

The investigation into the players' started when six Har-Ber football players transferred to Springdale High School in 2017. Student journalists pointed out in the article that it's against school policy for athletes to be recruited, or transfer, just to play for a different team.

"I am grateful that it was republished, and I think that's what they should have done in the first place," Jack Williams a write for the Har-Ber Herald said.

"I was overwhelmed and then kinda relieved, but I knew there was still a smaller battle at hand," Halle Roberts the senior editor-in-chief for the Har-Ber Herald told 5NEWS.

After continued consideration of the legal landscape, the Springdale School District has concluded that the Har-Ber Herald articles may be reposted. This matter is complex, challenging and has merited thorough review. The social and emotional well-being of all students has been and continues to be a priority of the district.

Students at Har-Ber say school authorities told them in a memo they are reviewing policies related to the school publication and they cannot print or post online without it going through the district first.

Journalism faculty at the University of Arkansas also backed the students, saying they were "pleased" to learn that the article would be published.

"We look forward to engaging in a dialogue with Springdale school officials to support quality student journalism," faulty said in the statement.

"I think they suspended it because it caused an uproar and people kinda saw what they were doing wrong, and you know, mistakes happen, people make bad decisions, and sometimes people think it's the easiest way to do it," Roberts said.

"So I believe they just found the easiest way out and they didn't really want to own up to that or at least let people know."