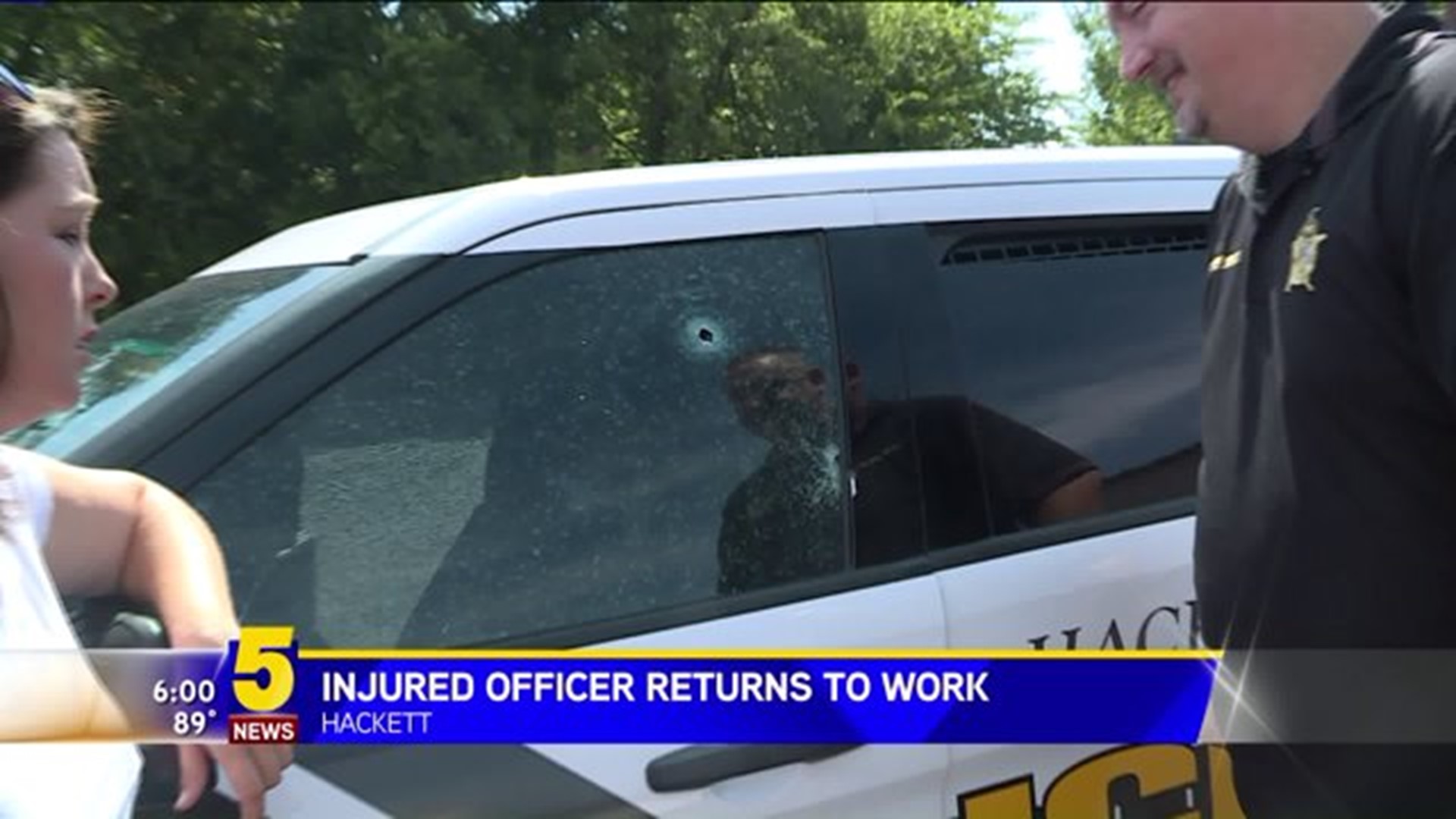 "I was on the drivers side. Apparently, this was one of the shots. I'm a tall guy so it was pretty close," Spells said as he pointed  the bullet hole in his drivers side cruiser window. The bullet hole, he believes is from the bullet that  grazed his head.

He was rushed to the hospital that day and released.

Spells said he was leaving his home when he heard that shots were fired from Billy Jones' trailer on Highway 253 near Greenwood. When he arrived officers were trying to remove Sebastian County deputy Billy Cooper. He had been shot. Other officers on the scene were hunkered down as bullets flew past.

"We were going after them. We were trying to get to them when this happened," Spells said. "Captain Marx with the Sebastian County Sheriff's office put his vehicle in front of mine and the gun fire. He got me out of there. I climbed in the back seat."

Spells said all he could think of on the way to the hospital was deputy Cooper. He said he will never mention the name of the shooter that day.

"I won't say his name," Spells said. "To me he don't deserve that credit and to me that takes away from deputy Cooper's memory. So, I will not mention his name. I will mention my brothers names. Those guys, they deserve it."

Spells went back to work at his police department while taking one day at a time.

"I need to get back at it. One, my community needs me. I need them just as much as they need me," Spells said. "School starts Monday. I need to see those faces and most importantly I think that's what Cooper would want."