FAYETTEVILLE (KFSM) — There’s confusion over if guns will be allowed at Bike’s, Blues and BBQ events, even though Arkansas has open carry laws... 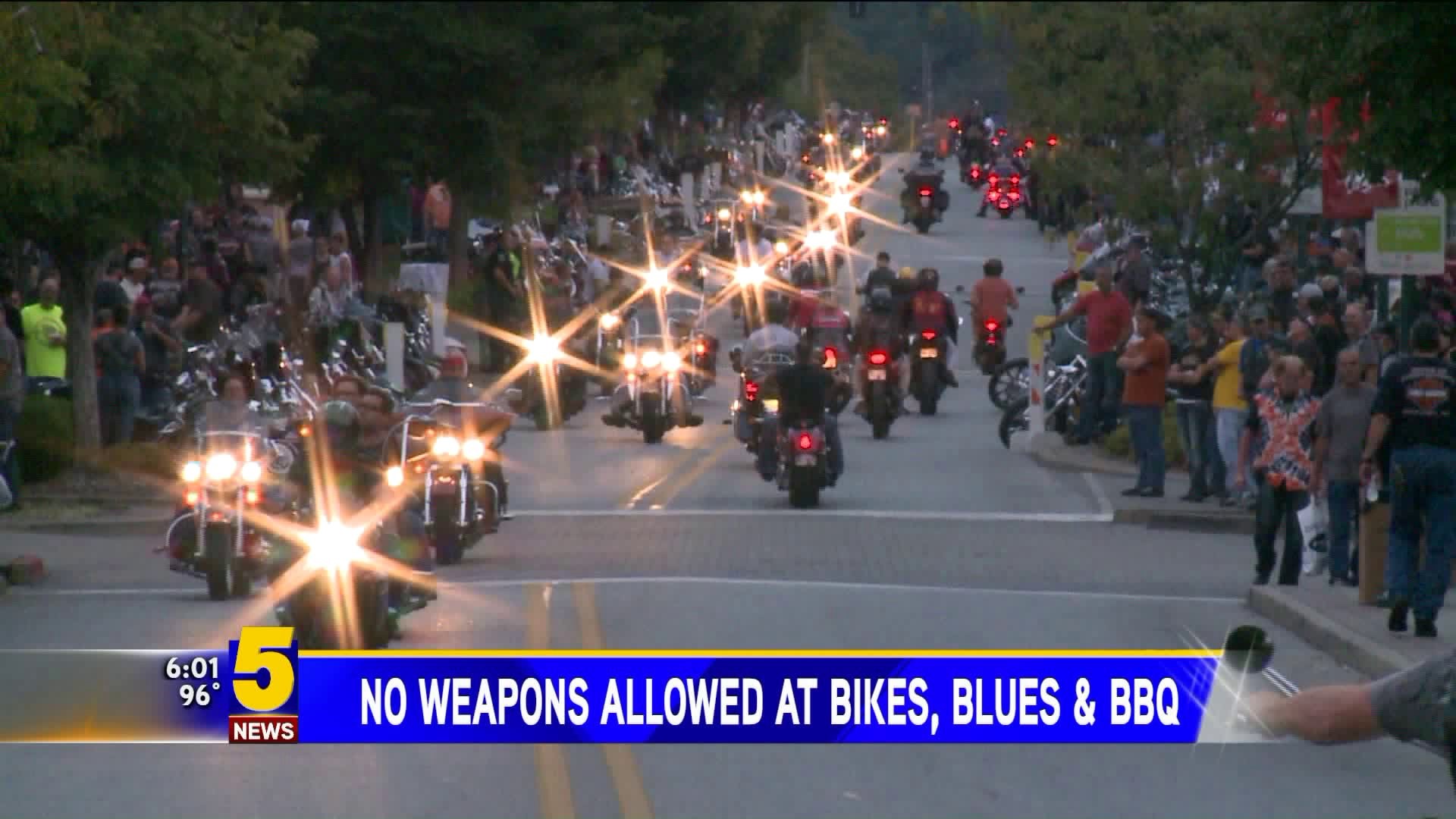 FAYETTEVILLE (KFSM) -- There's confusion over if guns will be allowed at Bike's, Blues and BBQ events, even though Arkansas has open carry laws.

A recent Facebook post by the Fayetteville Police Department said no weapons in violation of state law will be allowed at the upcoming Bikes, Blues & BBQ festival.

Sergeant Tony Murphy with the Fayetteville Police Department said the post to social media was to remind those carrying guns to follow the law.

Chuck Clifton is a member of a group called "Patriots of Act 746". He said the police post cited the wrong statute and says that has caused controversy.

Clifton told 5NEWS police should have posted a different statute.

"If they were wanting to do a prohibited place (which) would've fallen under 5-73-122 or 5-73-306, which is the statute place for concealed carry card holders. If you have a concealed a carry you are restricted, if you're a constitutional carry you are only prohibited in 122''

Sgt. Murphy said the 5-73-120 statute in their post states that officers can arrest a person for intending to cause harm with a gun, not simply carrying it.

"So if you have it readily available and you plan to employ it in an unlawful manner then you are in violation of that statute."

The police department said the post is just a reminder to be careful.

"We just want people to be responsible with their weapons and take into consideration that they'll be thousands of people down there on Dickson Street and just be safe," said Murphy.

Fayetteville police said in past years they haven't had any major issues with guns at Bikes, Blues & BBQ.