ARKANSAS (KFSM) — A group wanting to legalize medical marijuana in Arkansas has collected enough signatures to get the proposal on the November ballot, bu... 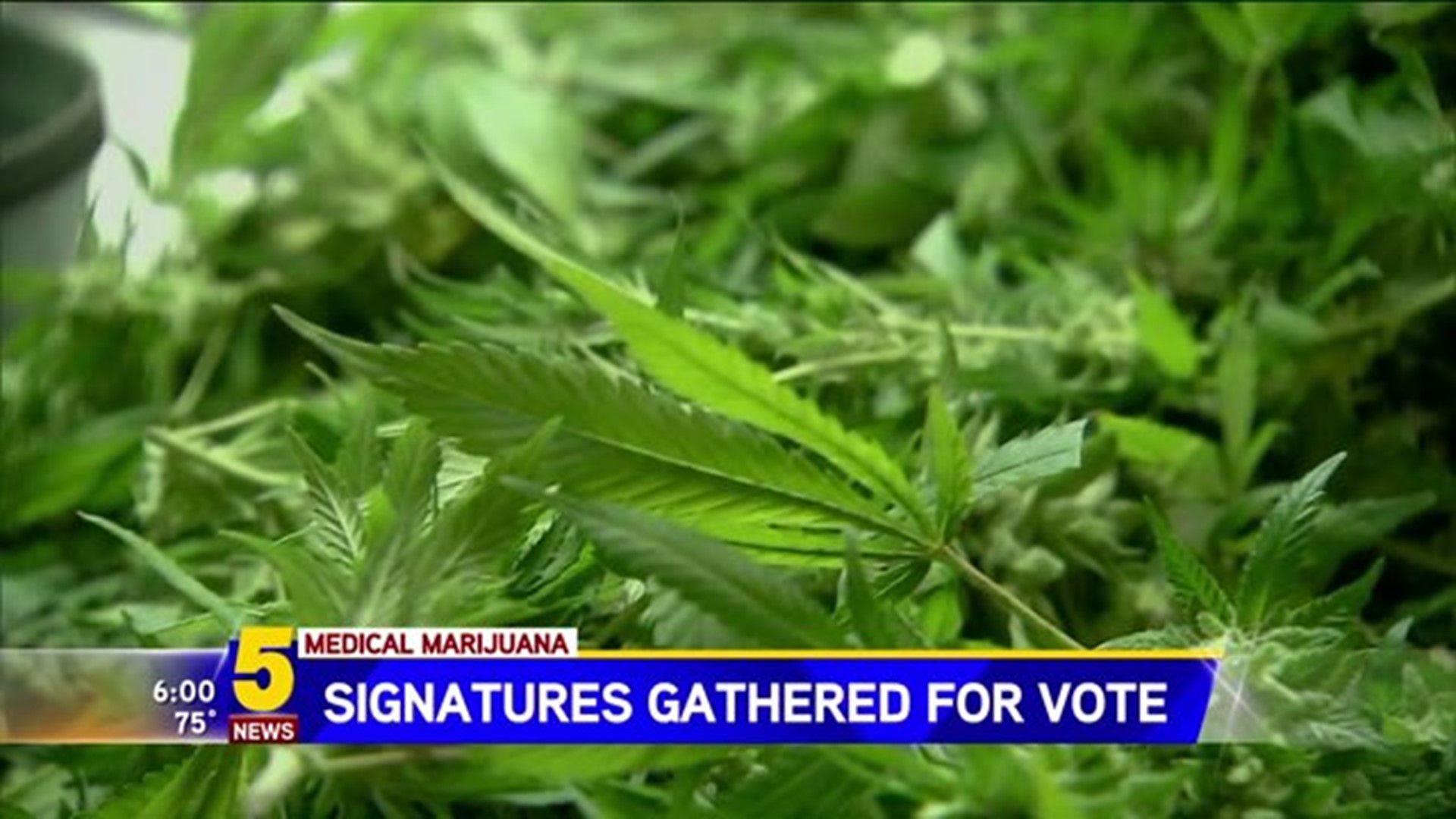 ARKANSAS (KFSM) -- A group wanting to legalize medical marijuana in Arkansas has collected enough signatures to get the proposal on the November ballot, but its goal is to collect thousands more.

The group Arkansans for Compassionate Care said volunteers have collected more than 68,000 signatures they need to put medical marijuana to a vote, through what they are calling the Arkansas Medical Cannabis Act.

Northwest Arkansas Regional Director Julie Yell said the goal is 75,000 to 85,000 just in case some signatures are not valid.

“I have a feeling that we're going to end up with more than that,” Yell said. “Now that interest has generated toward the end of the campaign."

Jerry Cox is the executive director of the Family Council Action Committee, and is against both initiatives.

“This idea that you're just going to smoke medicine -- that's foolishness,” Cox said.

Couch said in an email to 5NEWS the biggest difference between his amendment and the act led by the ACC is that the act allows people to grow their own medical marijuana.

“It’s just a backdoor way for people to smoke as much as they want, people that are otherwise healthy,” he said. “It has nothing, really to do with sick people,” Cox said of both initiatives.

“We have been able to meet patients all across Arkansas who come to us with their stories and say, 'This is a medicine that I need, I am not a criminal; I deserve to have the same opportunity to medical care as the rest of the nation,’” she said.

Yell points out another difference between the act and the amendment: under the amendment, Arkansas Alcoholic Beverage Control would be involved in the medical marijuana distribution. She said she believes that is a conflict of interest.

But at the end of the day, Yell said she just wants to see medical marijuana legalized in the state.

"Arkansans are eager to be the next in line to do that,” she said.

The deadline to turn in signatures to the Secretary of State is the end of June.

Signing locations for the Act can be found at ARCompassion.com http://www.arcompassion.com/

According to Couch, people will be collecting signatures for the amendment in our area sometime next week, but locations have not been finalized yet.