BENTONVILLE (KFSM) — A group of local residents is calling for the removal of the badly damaged dam at Lake Bella Vista. The Bentonville City Council vote... 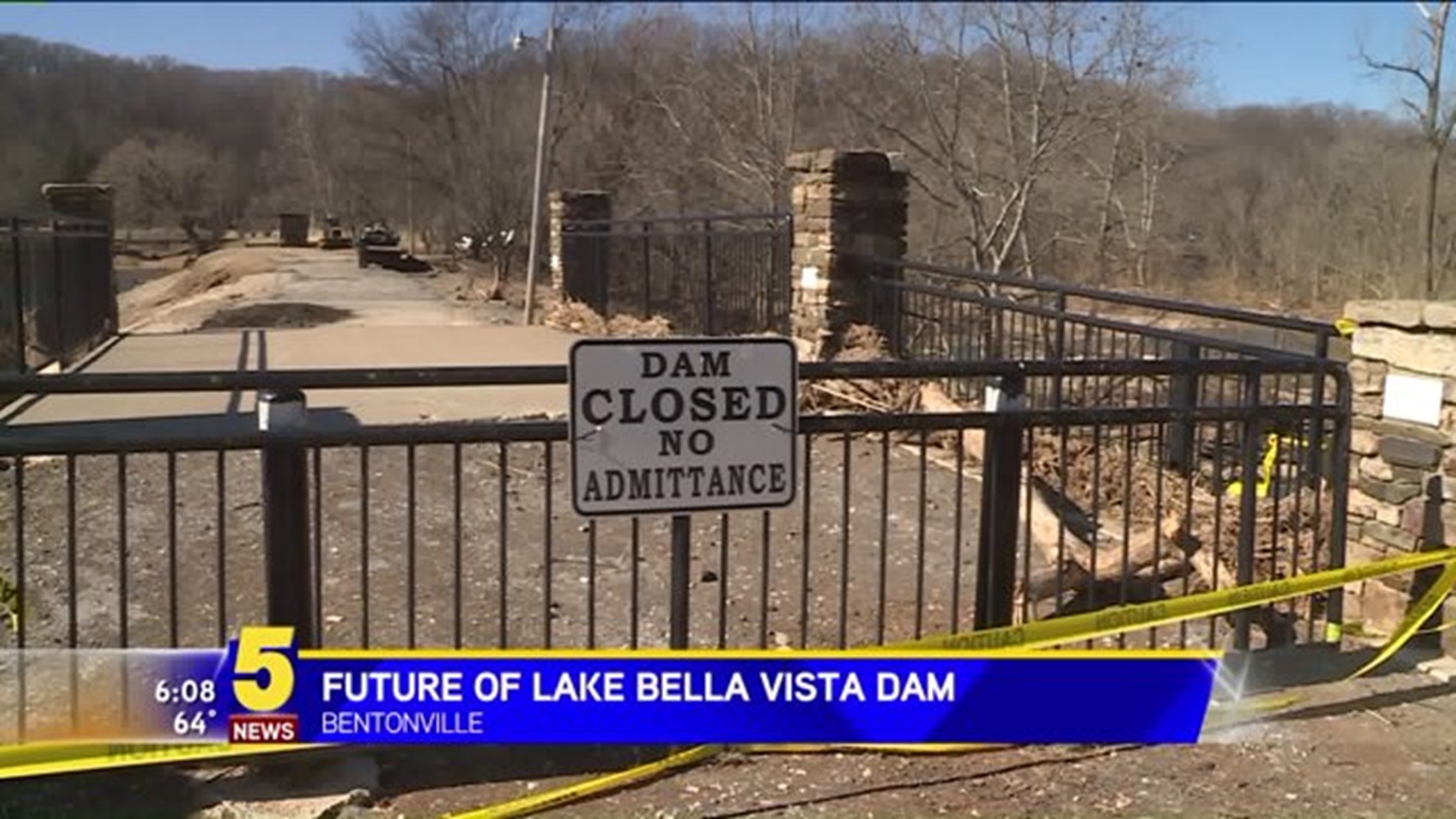 BENTONVILLE (KFSM) -- A group of local residents is calling for the removal of the badly damaged dam at Lake Bella Vista.

The Bentonville City Council voted to move forward with plans to replace the hundred-year-old dam in December, weeks before it sustained significant damage from flooding.

The 50,000 acre watershed leading up to the lake can't be supported by the small body of water, said Van Horn. He called the dam itself outdated.

"These are our natural resources," said Van Horn. "Building these senseless dams to make these small reservoirs, which don't generate electricity, don't provide drinking water, they make no sense in the 21st century."

Ben Peters, Bentonville's City Engineer, said a conveyance agreement established when the city received the land, lake and dam for Lake Bella Vista requires Bentonville to maintain the facilities as they are.

"If you didn't have the dam stopping the water and it was just a river, every time it flooded, you'd have debris all over the place," said Bollinger. "I think it just wouldn't look as nice."

Repairs could get underway as early as late summer.