FORT SMITH (KFSM)— A group is rallying in support of the Fort Smith School Board after a lawsuit was filed against them. It states that members of the board vio... 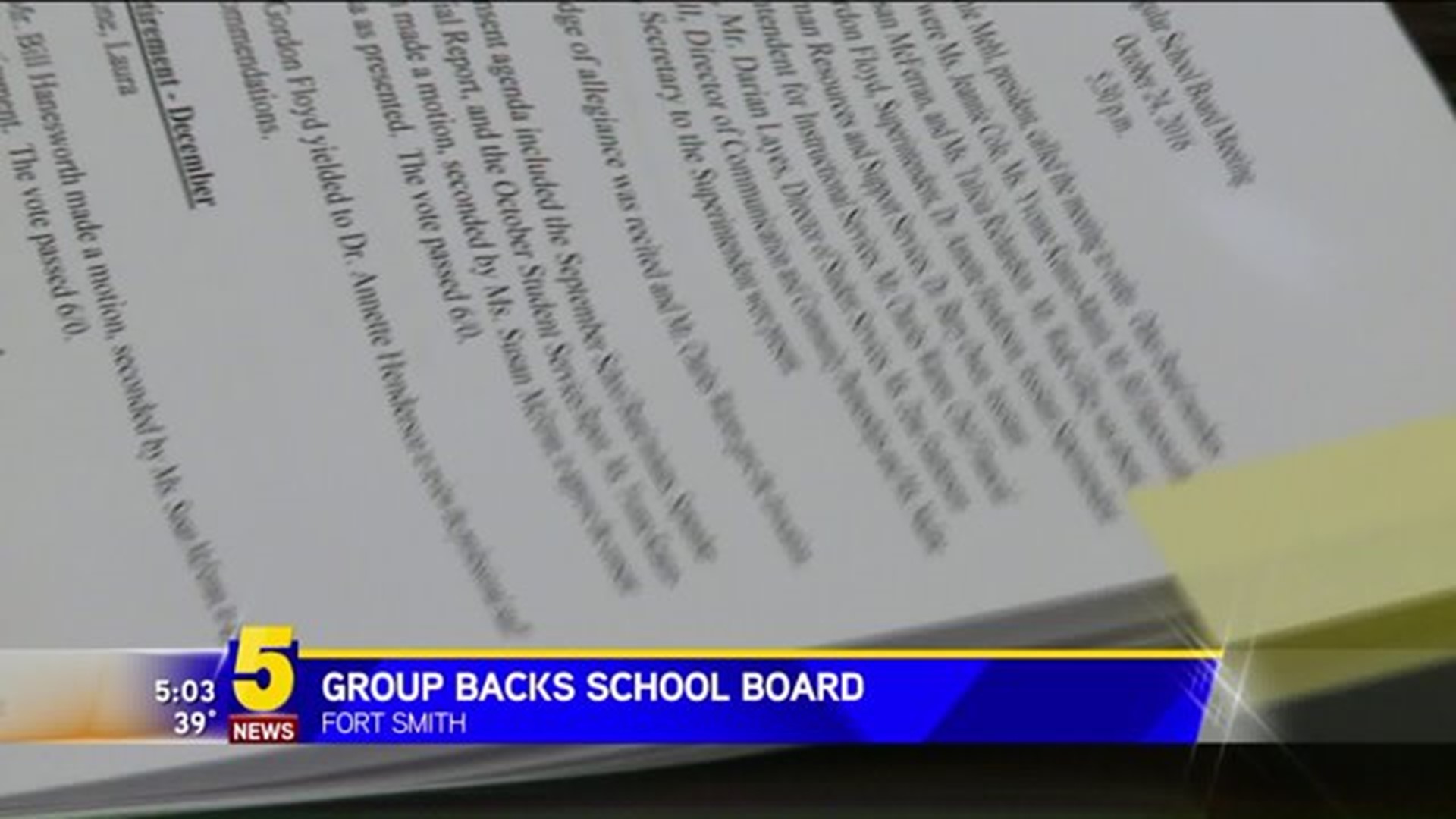 FORT SMITH (KFSM)— A group is rallying in support of the Fort Smith School Board after a lawsuit was filed against them. It states that members of the board violated the Freedom of Information Act through emails.

The group is called “Stand with the School Board,” and they want to see the board fight the lawsuit in court.

“This isn't the first time we've heard this song from Joey McCutchen,” Luke Pruitt said. “Joey's first lawsuit in 2015 accusing the board of violating the Freedom of Information Act was dismissed in court and was ruled frivolous.”

In the lawsuit filed in 2015, McCutchen said the school board violated the FOIA when it banned the Dixie fight song and rebel mascot from Southside High School.

Members are currently fighting allegations they violated the FOIA again by nominating school board officers via email.

“They did it in secret, they did it in privacy—that's a violation of the Freedom of Information Act,” McCutchen said.

Members of "Stand with the Board" said McCutchen has been relentless and unreasonable.

“Mr. McCutchen could take to heart the idea that this is going to hurt our students,” said Lorrie Woodward, president of the Fort Smith Classroom Teachers Association.

“I think it’s time for the board to get back to doing the business that we elected them to do and that’s focus on our children,” Pruitt said.

Board members said in December the suit has cost them $70,000 so far. Pruitt said the ball is in McCutchen’s court.

“It's all up to Joey,” Pruitt said. “I think that's the main thing you know, Joey's holding legal costs over the board's head right now, but the legal costs are dependent on Joey.”

McCutchen said Sebastian County Prosecutor Dan Shue and the Arkansas School Board Association has also found the school board in violation of the FOIA.

“The bottom line is we all ought to support transparency,” McCutchen said.

He has agreed to settle the case out of court if the school board admits they were wrong.

“If they don't take the offer, we'll see them in court and welcome that,” he said.

Pruitt added, “I think it's ridiculous, and I think he's being sort of entitled.”

The next school board meeting will be held on Jan. 18.

You can read the full lawsuit here: