Groundbreaking Ceremony For College Of Health Sciences In Fort Smith

FORT SMITH (KFSM) — Tuesday (May 29) was a big day for the Arkansas Colleges of Health Education as they broke ground on the College of Health Sciences. T... 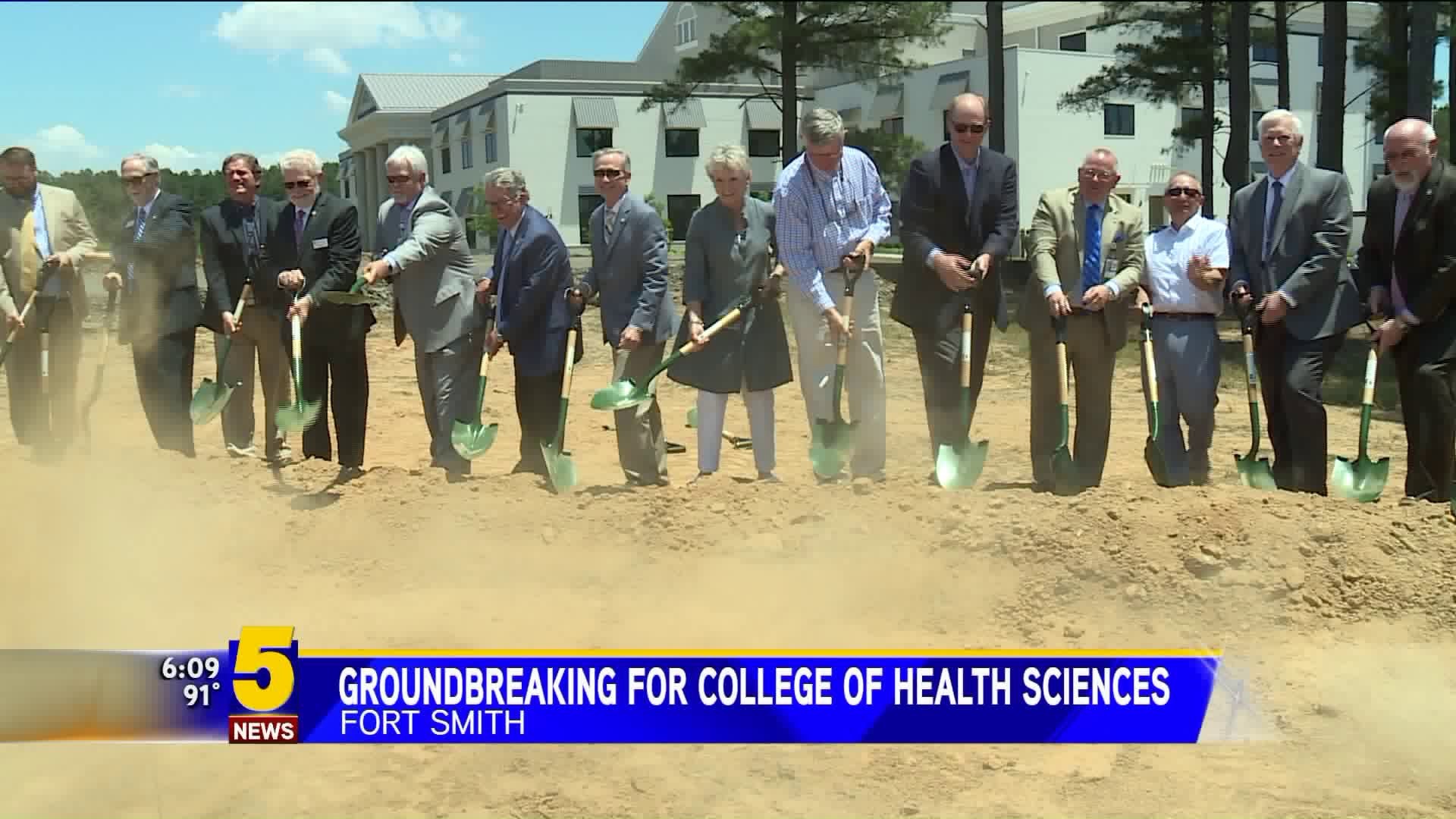 FORT SMITH (KFSM) -- Tuesday (May 29) was a big day for the Arkansas Colleges of Health Education as they broke ground on the College of Health Sciences.

Tuesday's ceremony welcomed members of the community, but was also attended by members of the faculty and support staff, as well as some of the 150 students who just finished final exams from their first year at Arkansas College of Osteopathic Medicine.

According to Parker, "Arkansas is 50th in the United States for most under served region in the country. We employed the University of Arkansas at Little Rock to do a study for us that would determine the most needed medical degree programs for not only the state of Arkansas, but other regions. After talking to hospital systems, doctors, and clinic systems is when we decided on those three programs."

The 66,000-square-foot facility will cost around $25 million, including construction, furniture, equipment, technology and accreditation.

"We were so blessed," Parker said. "We've had a family, yet again, step up and give us $16 million to construct this facility. We'll be able to put in some of the finest technology found anywhere in the world, right here in Fort Smith, Arkansas."

The College of Health Sciences College is located on Chad Colley Boulevard, and is slated to welcome its first class of students in August of 2020.