ARKANSAS (KFSM) — The cost of a grocery bill is cheaper now than it was at this time in 2015, according to numbers from the Bureau of Labor Statistics. Th... 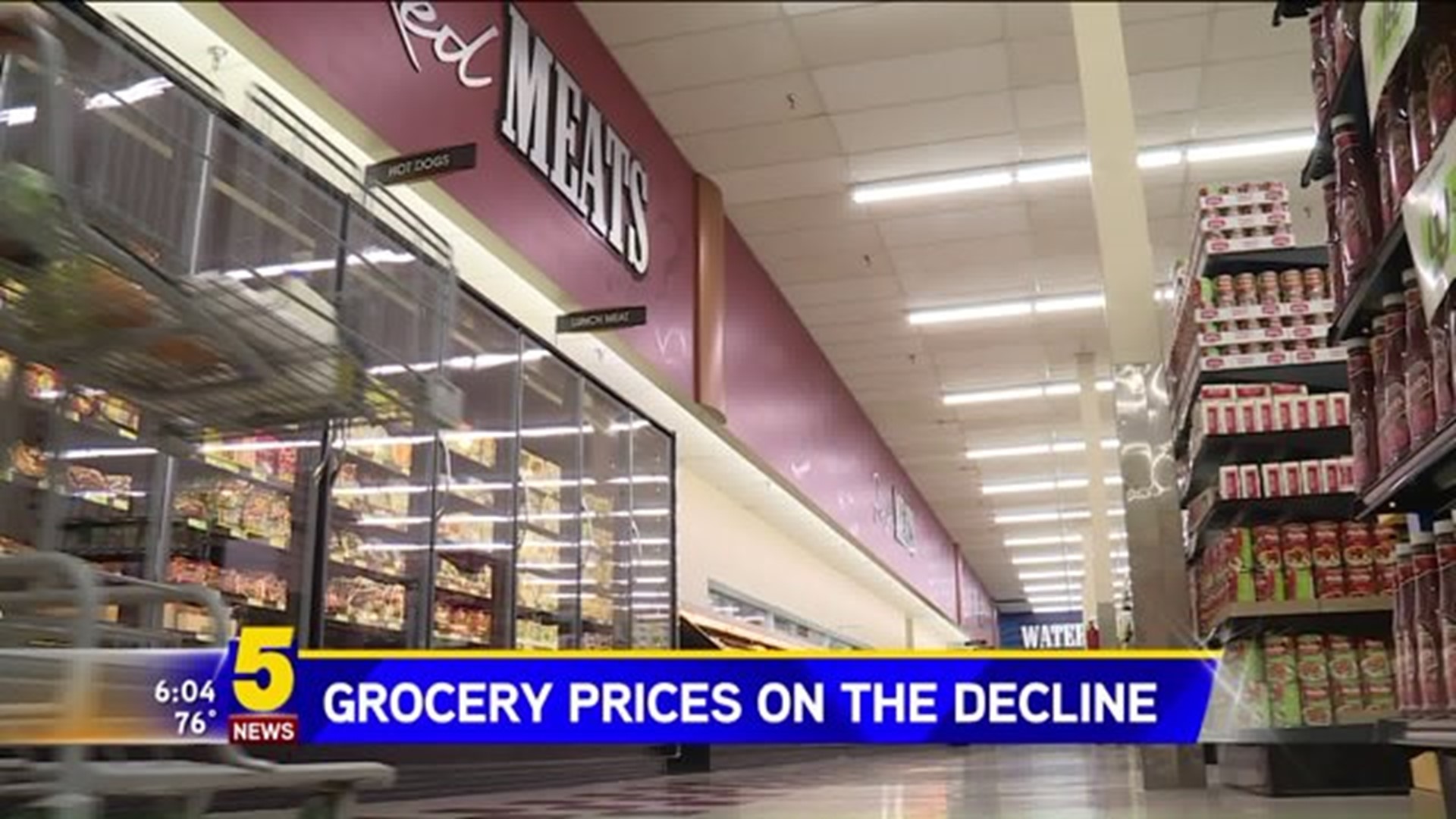 ARKANSAS (KFSM) -- The cost of a grocery bill is cheaper now than it was at this time in 2015, according to numbers from the Bureau of Labor Statistics.

The price of many common food items is also on the decline in the state of Arkansas.

5NEWS visited a Marvin's Saver's Club in Fayetteville to compare food costs to what they were at the same time in 2015.

With a cart of three dozen eggs, two pounds of ground beef, one gallon of 2% milk, a two-pound container of greek yogurt, two and a half pounds of naval oranges, two pounds of tomatoes and a bunch of bananas, the total came to $21.30 -- an 8 percent decrease from 2015.

But, not all shoppers have felt the savings.

Terra Stephenson, a mother of four, said she spends upwards of $1,000 a month on food.

"I buy in bulk a lot. I try to look for sales. I try to buy generic when I can," Stephenson said. "I really haven't [noticed any savings]. We're spending as much money or more than we ever have. My kids are growing, so that may be part of it. It's very expensive."

According to CNNMoney, food deflation is the main reason prices are on the decline. A larger supply and weak global demand have helped to push down costs this year.