GREENWOOD (KFSM) — Scott Branton’s hobby almost cost him his life. His wife said he was at the drag strip when his brake pedal went to the floor wit... 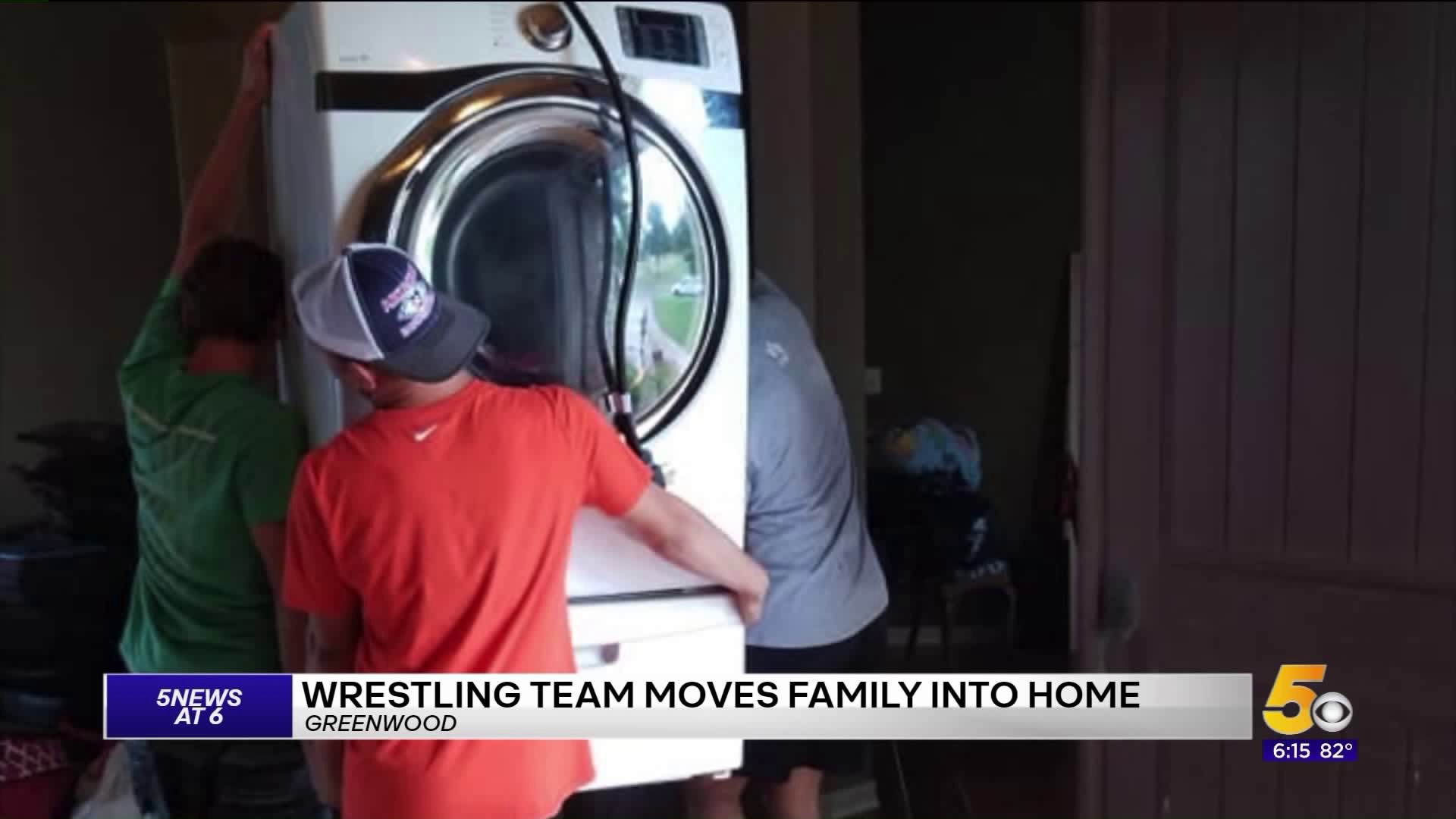 His wife said he was at the drag strip when his brake pedal went to the floor with no resistance, and he wrecked at nearly 107mph.

Branton survived with an injury to his spine.

The family was in the middle of moving into a new home in Greenwood when the accident happened.

"We got on social media. My board president got on there, and sent out a message to all my wrestlers and their parents," said Greenwood wrestling coach John Kincade. "The force went out, needless to say, to go out and help them."

Soon members of the high school wrestlers and some parents were helping the Branton's move into their new home.

"They moved it in three hours," Kincade said.

The Greenwood coach said the good deed helps the athletes on and off the field.

"It's a character builder and it creates teamwork. You learn to work as a team. Not only if you are on football, wrestling, or whatever the sport that you're in. You are always having to work together as a team. This is no different from when you go out and work in the community," Kincade said. "I'm very proud of the athletes that we are developing here at Greenwood."

The Greenwood family says the community also stepped up in other ways. Their son's baseball team started a meal train which fed the family for about two weeks.