GREENWOOD (KFSM) — Police officers and firefighters in Greenwood lent a helping hand to the school district on Wednesday (August 24). They subbed for clas... 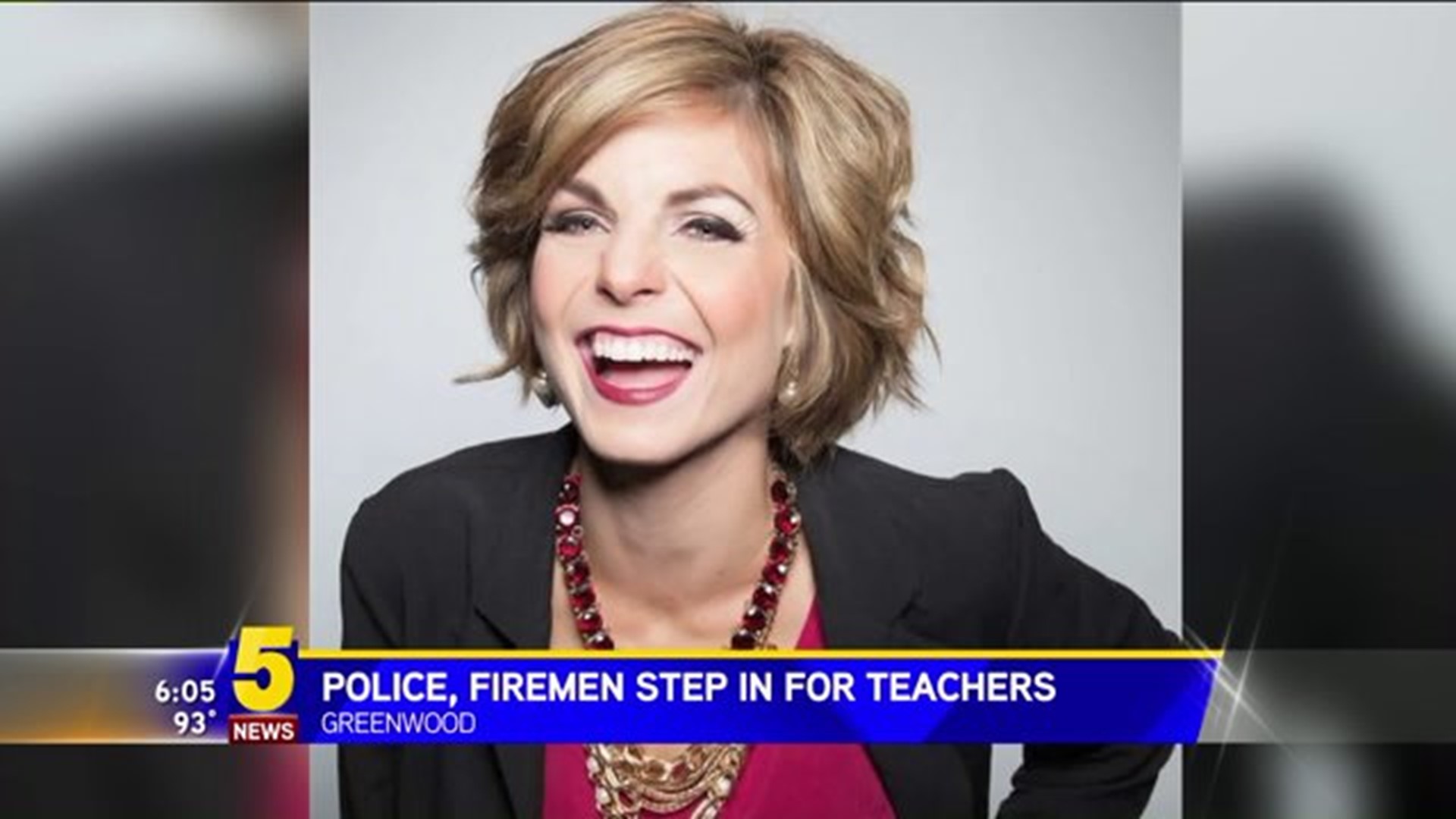 GREENWOOD (KFSM) -- Police officers and firefighters in Greenwood lent a helping hand to the school district on Wednesday (August 24). They subbed for classes at the middle school, so staff members could attend a co-worker's funeral.

“Ms. Nelms was a supporter of the fire and police department,” Fire Chief Stewart Bryan said. “She`s been a supporter of us for many years.  Now that the school`s in need, we wanted to help the school out. We wanted to make sure all the teachers were available to attend the funeral.”

A wreath holding a name tag and purple ribbon sits outside the door of the classroom where Jennifer Nelms taught. The 32-year-old was a paraprofessional for 5th graders at East Hills Middle School. Nelms worked in the same classroom as Karen Benjamin.

“She just I think took whatever she was thrown and just spun it positively,” Benjamin said.

But Nelms died Saturday (August 20) with complications associated with Lupus. Co-workers said she was diagnosed with the autoimmune disease about two years ago. People wore purple Wednesday in her honor.

“This community is just amazing,” Benjamin said. “Officer Dawson was in my room this morning while I was attending the funeral.”

Around 15 Greenwood Police officers as well as the police and fire chiefs subbed for classes, so teachers like Benjamin could go to Nelms' funeral.

“It's certainly an honor to be in the class that she taught in, and she was a great person, obviously loved by a lot of people and students, and she's gonna be greatly missed,” Police Chief William Dawson said.

East Hills Middle School's PTO also made all the police officers and staff members lunch Wednesday afternoon after they got back from the funeral services.

Nelms leaves behind a husband and two young sons.