GREENWOOD (KFSM) — A Greenwood K-9 officer, who went missing during a gunfight that killed a Sebastian County Sheriff’s Office corporal Wednesday (A... 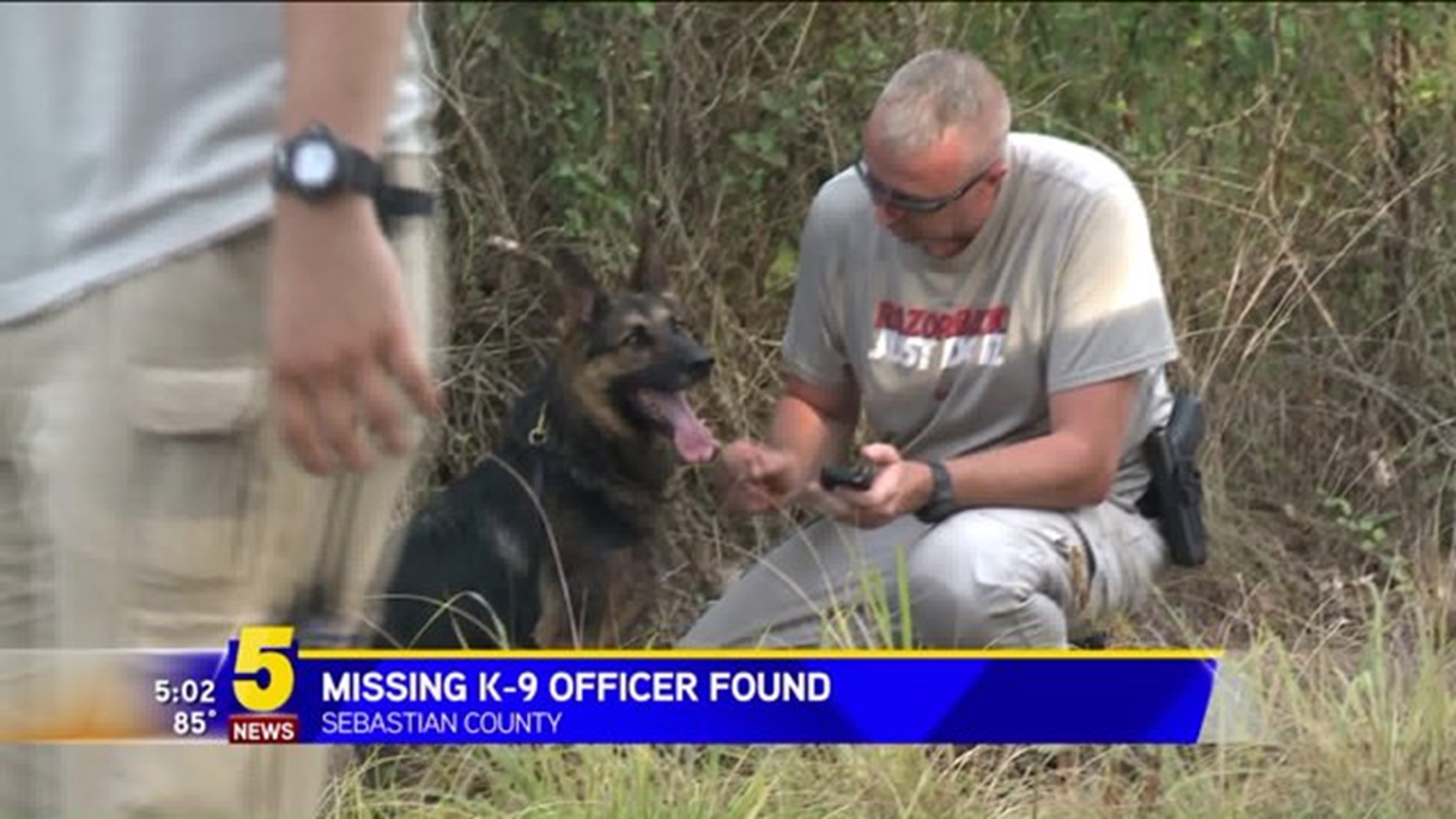 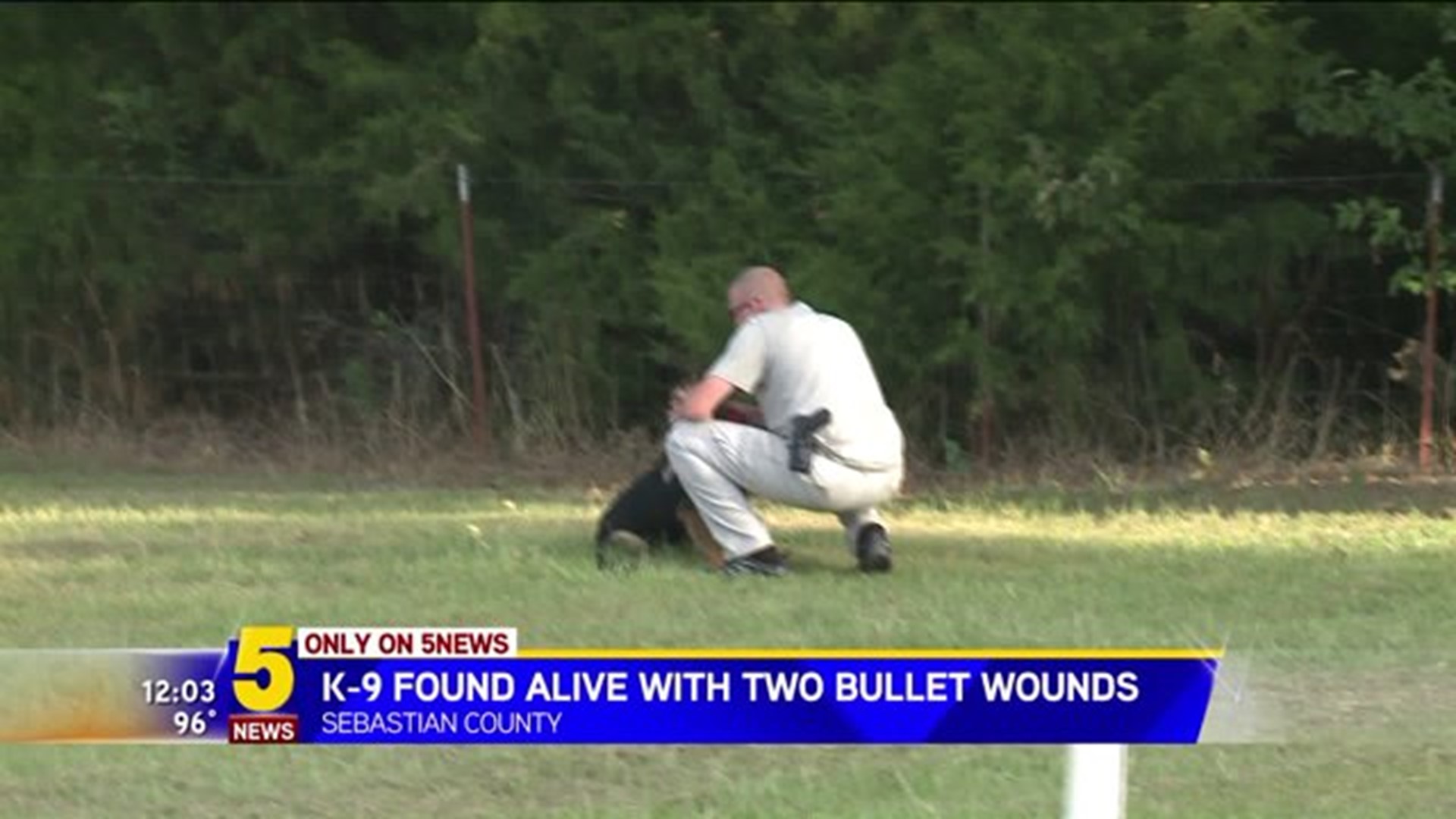 K-9 Kina was found just before 8 a.m. in a fenced in yard about two miles from the scene of the shooting, according to Greenwood police. She was immediately taken to Cornerstone Veterinary Clinic to be treated after she was shot twice and found with bullet entrance and exit wounds, police said. Greenwood Police Chief Will Dawson said Kina has wounds to her neck and back.

X-rays showed some bullet fragments still lodged in Kina. The veterinarian told police had she been shot two inches lower on one of the shots, she would not have survived. Kina is also dehydrated, but receiving fluids.

According to a post on the Cornerstone Facebook page, Kina is doing well and is expected to make a full recovery. They are monitoring her closely and treating her wounds.

When Kina was spotted, she came to her handler, Cpl. Dennis Wisner, and the two went to the veterinarian together. She was still wearing her bullet-proof vest when she was found.

Officers and volunteers have been searching for Kina ever since she disappeared during the gunfight with suspect Billy Jones at home off Highway 253, police said. The K-9 had been in Wisner's vehicle when she was shot. Kina then took off and officers found blood in her kennel, leading them to believe she had been hit.

Crews used ATVs and helicopters to aid in the search.