GREENWOOD (KFSM) — The Greenwood Christmas Parade has been postponed until next Monday (Dec. 11), according to the Greenwood Chamber of Commerce. The para... 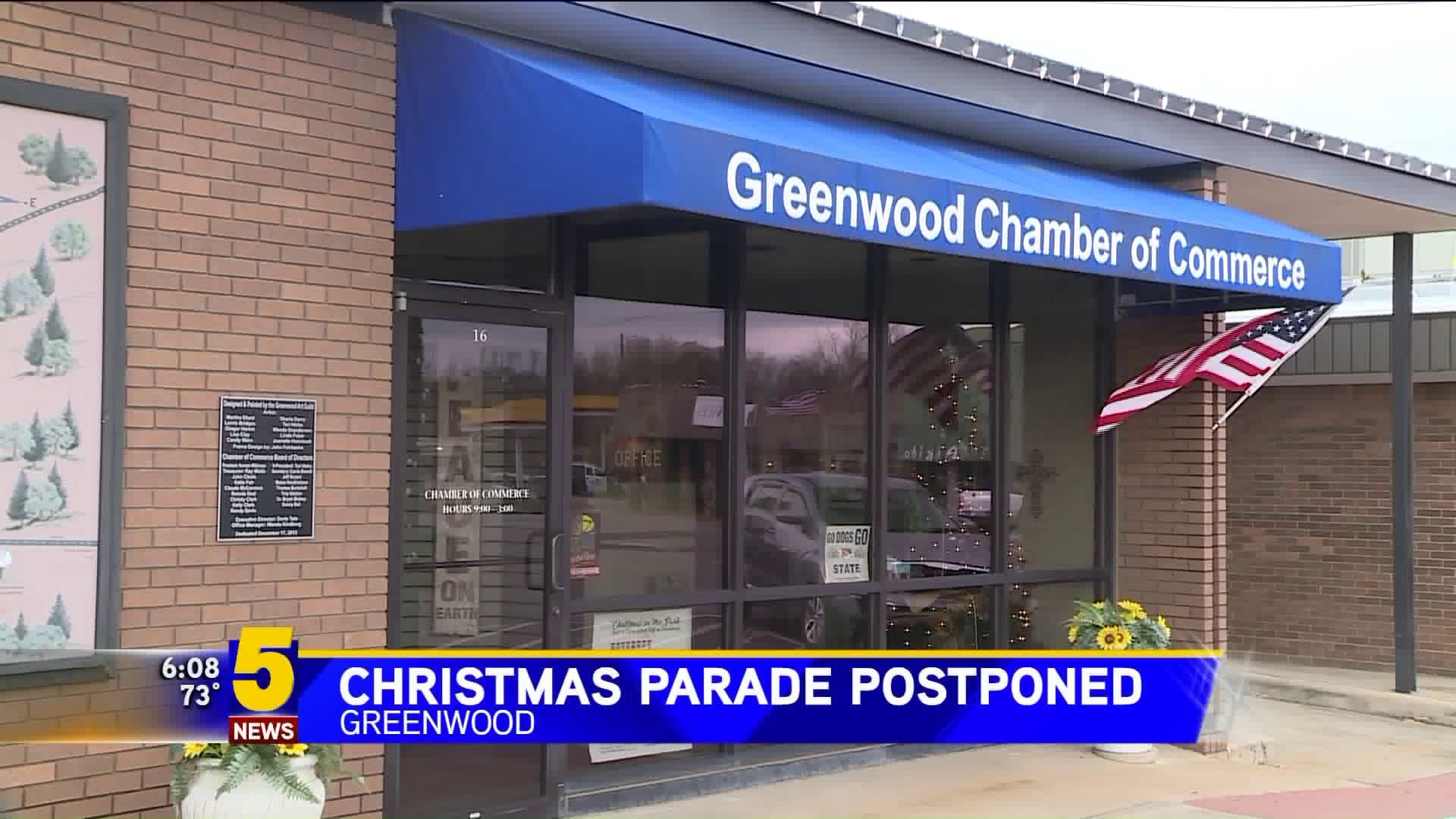 GREENWOOD (KFSM) -- The Greenwood Christmas Parade has been postponed until next Monday (Dec. 11), according to the Greenwood Chamber of Commerce.

The parade has been postponed due to rain in the forecast. It's one of the most popular Christmas parades in the area.

"It does bite a little bit," said Seth Kray, a Greenwood High School student. "I know people around here really love it, especially the football team because they just won state. That`s a big thing for them probably. They get to go parade the trophies around and all that."

The Greenwood Christmas Parade ends at Santa's house in the square, but because of severe weather looming, people are going to have to wait to see him until next week.

"We also had handbells scheduled to come out and just lots of entertainment and music happening, and none of that would've been able to go forth if we went on with the parade tonight," said Dir. Tanya  Taylor, with the Greenwood Chamber of Commerce.

Taylor said everything will go on as planned next week.

​But for Kray, a busy high school senior balancing a job and college courses, he is not sure if he is going to be able to make it next week.

"It depends on my work schedule now," Kray said. "I was gonna go tonight."

The Chamber says all the fun will start Dec. 11 at 5:30 with the free bean feed and live entertainment. The actual parade will start at 7 p.m.

"We are so excited," Taylor said. "We know it`s gonna happen for sure next week."

The Greenwood parade did get some rain last year, but organizers tell 5NEWS it held off until the end, so it didn't cause any problems.