PEA RIDGE (KFSM) — A Bentonville woman is accused of killing her 80-year-old grandmother. Andrea Wilson, 26, was arrested Monday (May 21) in connection with cap... 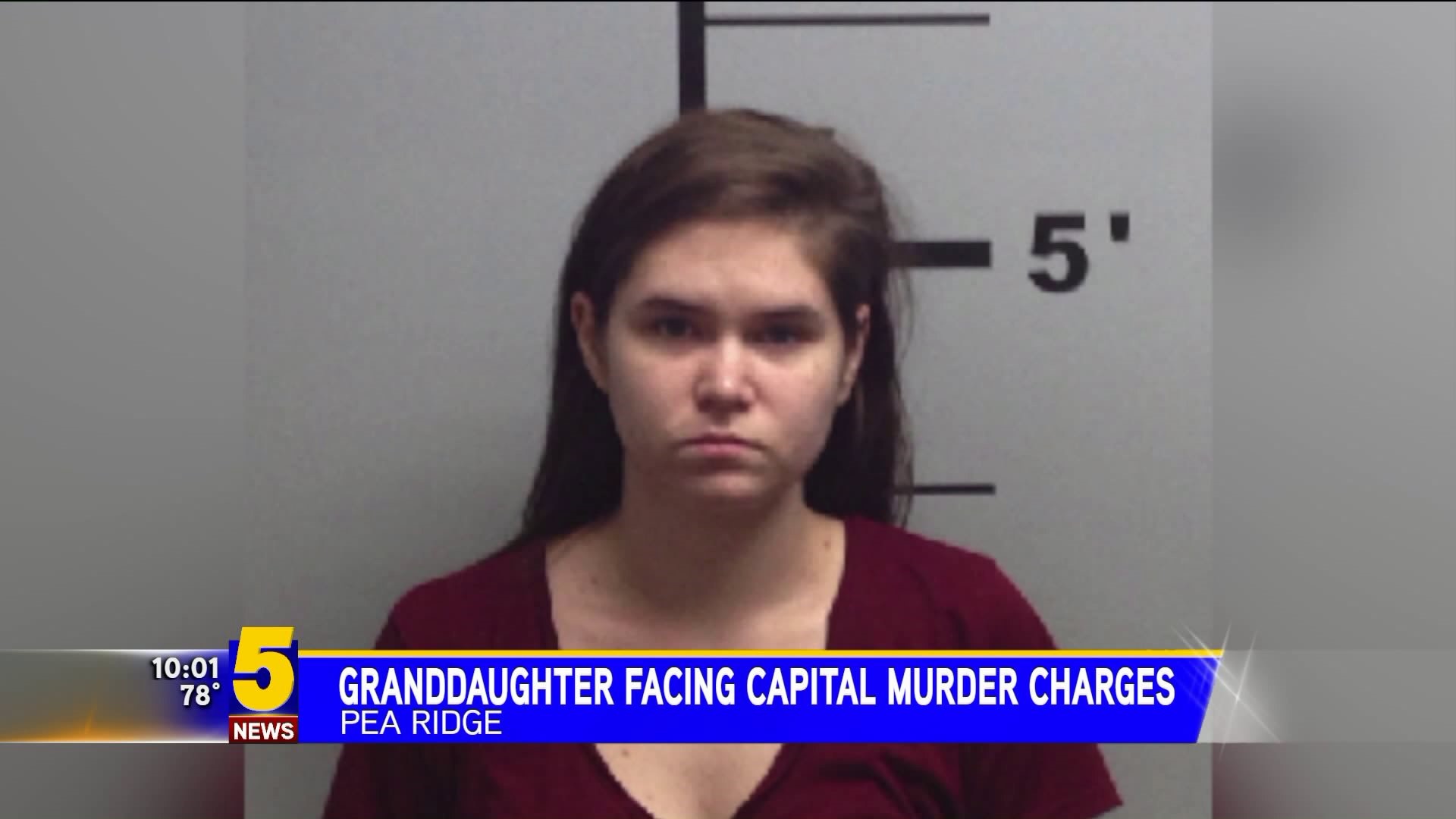 PEA RIDGE (KFSM) — A Bentonville woman is accused of killing her 80-year-old grandmother.

Andrea Wilson, 26, was arrested Monday (May 21) in connection with capital murder and tampering with evidence in the death of Ruby Ross, according to the Benton County Sheriff's Office.

Police were called May 16 to Ross' home on Blue Jay Road after her daughter found Ross dead inside. Ross appeared to have suffered four blows to her head from a hammer, according to the affidavit.

Deputies searched the property and found a hammer, butcher knife and bloody rubber gloves inside a trash bag in an outhouse about 100 feet from the back of Ross' house.

Deputies also recovered from the trash bag bank statements with Wilson's name on them, according to the affidavit.

Investigators later learned that Ross had removed Wilson from a deed to Ross' home. Wilson's bank had also filed a judgement against her for more than $11,000.

However, Sheriff Shawn Holloway said Wilson's motive is unknown at this time.

"When you see something of this nature its shocking to the conscience and we hope that this is the first step obviously of bringing justice... she is being charged with capital murder," Holloway said.

Wilson's ex-boyfriend told 5NEWS Wilson was was close to her family and raised by one of her grandmothers. He said he couldn't imagine Wilson doing something like that.

"She was very close to her immediate family, she was raised by her grandma. I'm literally blown away over it," he said.

Wilson is being held at the Benton County Jail on a $750,000 bond. Her arraignment is set for July 18 in Benton County Circuit Court.

If convicted of capital murder,  Wilson could face the death penalty or life without parole.

Benton County Prosecutor Nathan Smith said the decision on a potential punishment for Wilson will be made down the road once the facts and evidence in the case become clear.