LITTLE ROCK (KFSM) — Gov. Asa Hutchinson announced Thursday morning (June 27) that he was issuing an executive order to create a task force to study the state&#... 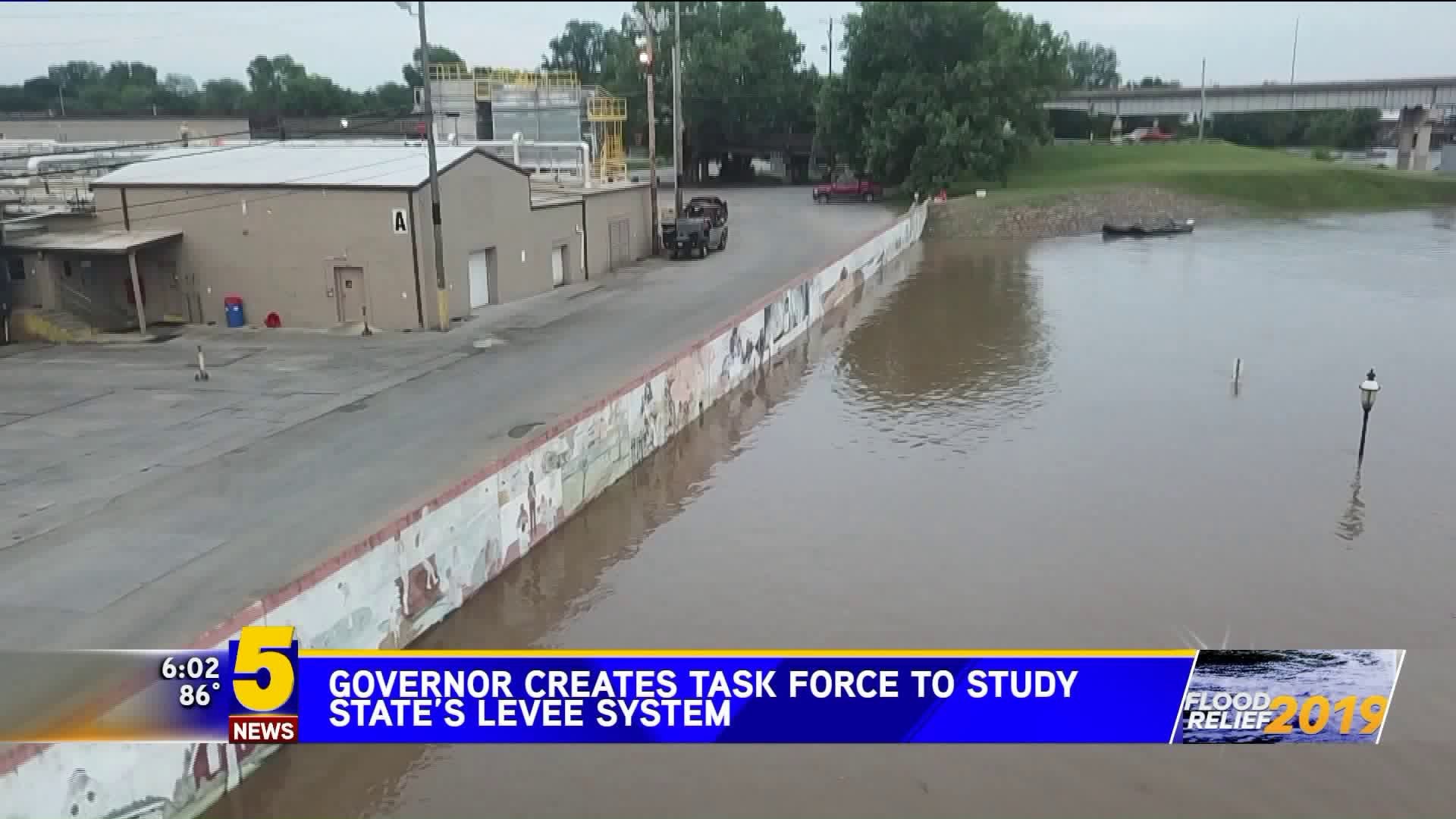 LITTLE ROCK (KFSM) — Gov. Asa Hutchinson announced Thursday morning (June 27) that he was issuing an executive order to create a task force to study the state's levee system in the wake of historic flooding.

The governor issued Executive Order 19-10 that creates the Arkansas Levee Task force to study and analyze the condition of the state's levees.

The move comes after historic flooding on the Arkansas River in May and June breached several of the state's 93 levees, causing millions of dollars in damage. One of the largest breaches was the Holla Bend Levee in Yell County, which destroyed homes and businesses and threatened nearby towns and cities, including Dardanelle.

"The task force will have the duties to study and analyze the current condition of the state's levees system, to study and analyze and present futures sources and requirements for adequate funding, repair and maintenance of the levee system; to analyze the monitoring and reporting systems and to review the adequacy of current laws and organizational structure; and to make recommendations and report by Dec. 31, 2019," Hutchinson read from his executive order.

"I consider this extraordinarily important work that will make a difference in the lives of our citizens and their health and safety for the future," Hutchinson said.

The governor also said he would request $10 million to be made available through the Arkansas Department of Emergency Management for immediate levee repair. The Arkansas Natural Resources Commission would serve as a consultant on the project.

"I'll never forget the image that I had as I was in a helicopter traveling from Little Rock to Fort Smith along the Arkansas River and seeing the massive flooding, but also seeing the importance of the levee system," Hutchinson said. "In so many instances, it was the wall, literally, that was preventing the flooding of homes, farmlands and other property and businesses."

Hutchinson noted that in 2017, a law was passed that requested the county clerks report to the Department of Natural Resources about the levees that exist in their area, as well as the state of their structure and repair needs. Of the 93 levees, the state only received information on about 20 levees.

Hutchinson said the biggest reason for that was because many of the levees don't have organizational boards that maintain or operate the levees. That means no one is available for the reporting, upkeep or funding requests to repair those levees.

"That is one of the challenges we face," Hutchinson said.