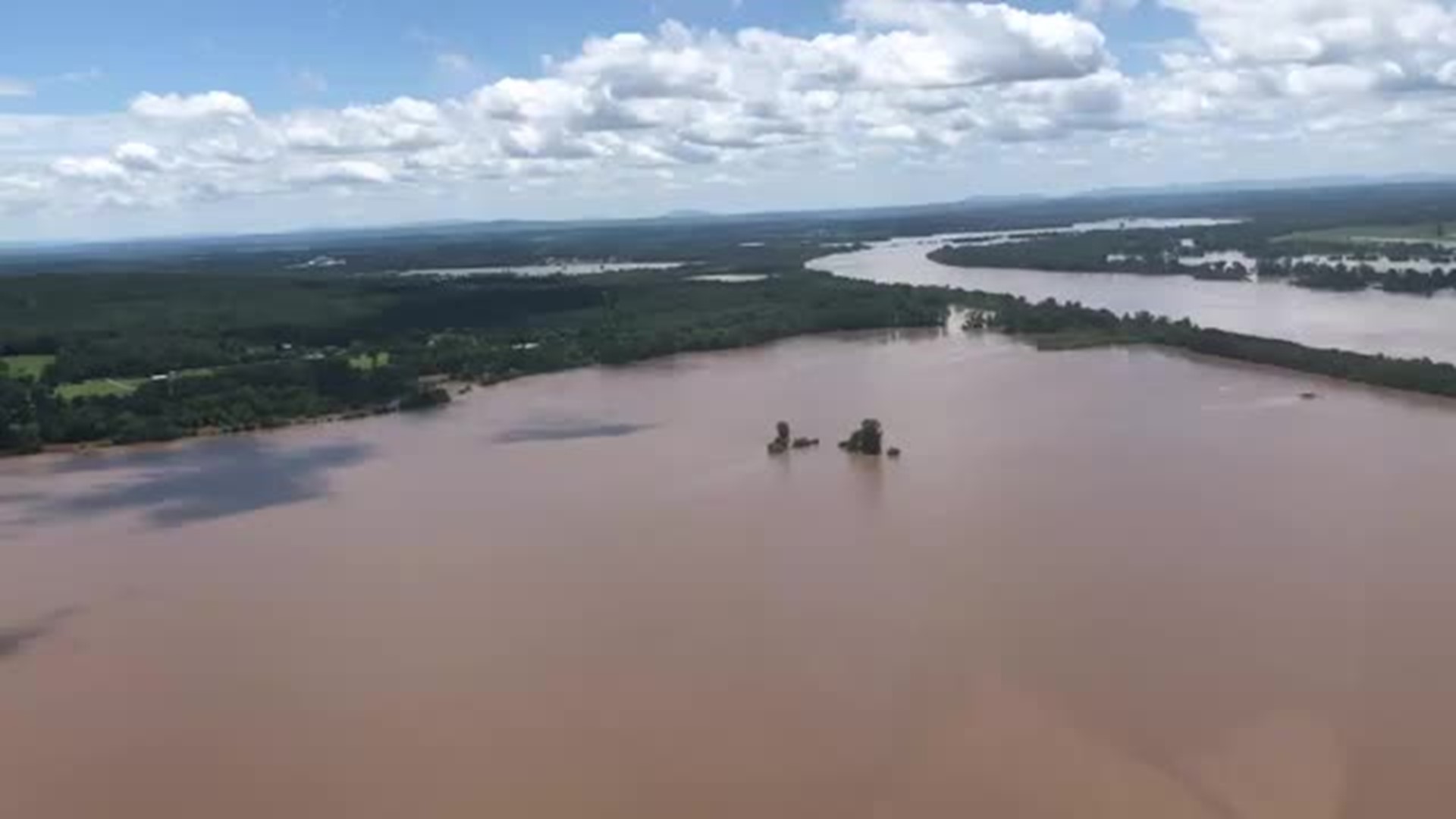 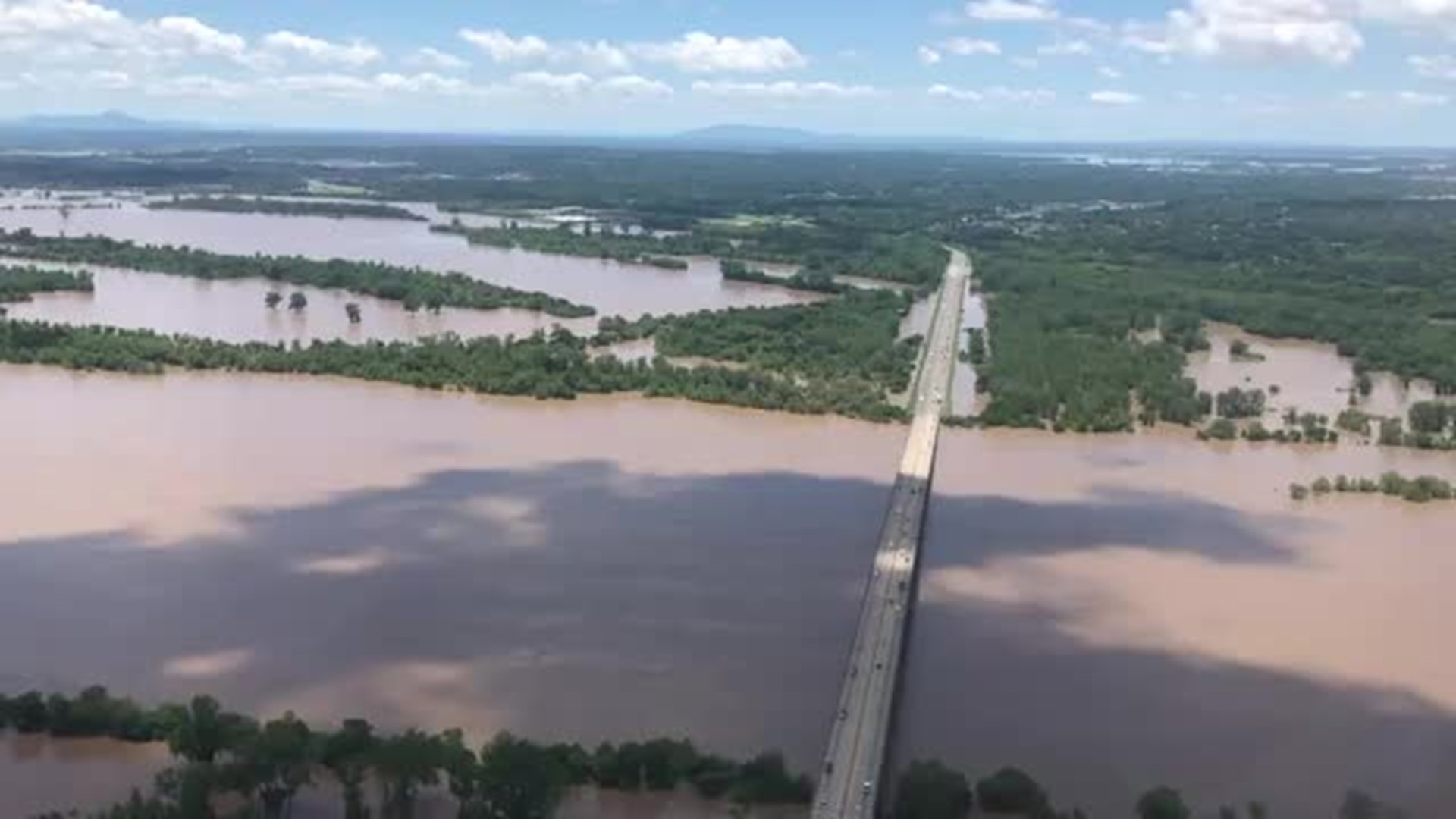 Hutchinson, who has been touring the region by helicopter, will be joined by U.S. Reps. Bruce Westerman and Steve Womack, as well as U.S. Sens. Tom Cotton and John Boozman.

5NEWS will live-stream the press conference at 2 p.m. from the Garrison Avenue Bridge.

The bridge, which has been closed to vehicle traffic but open to pedestrians, will close temporarily for the governor's visit.

Fort Smith city officials are allowing people who want to observe the flood waters to use the bridge while it remains closed to vehicle traffic, and they assured people that the bridge is safe.

Officials reiterated that people should not cross barriers to view floodwaters.

Carl Geffken, the city administrator for Fort Smith, said police are patrolling areas that are barricaded.

“The roads are closed for a reason. It’s for the safety of the homes that are in the area, and also the people that own them, and it’s for your safety,” said Geffken. “Please do not venture down into those areas.”