Government Shutdown Could Cause Thousands To Lose Subsidized Housing

ALMA, Ark. (KFSM) — Thousands of people who live in federally subsidized housing, or HUD housing, are facing threats of eviction as the partial government shutd... 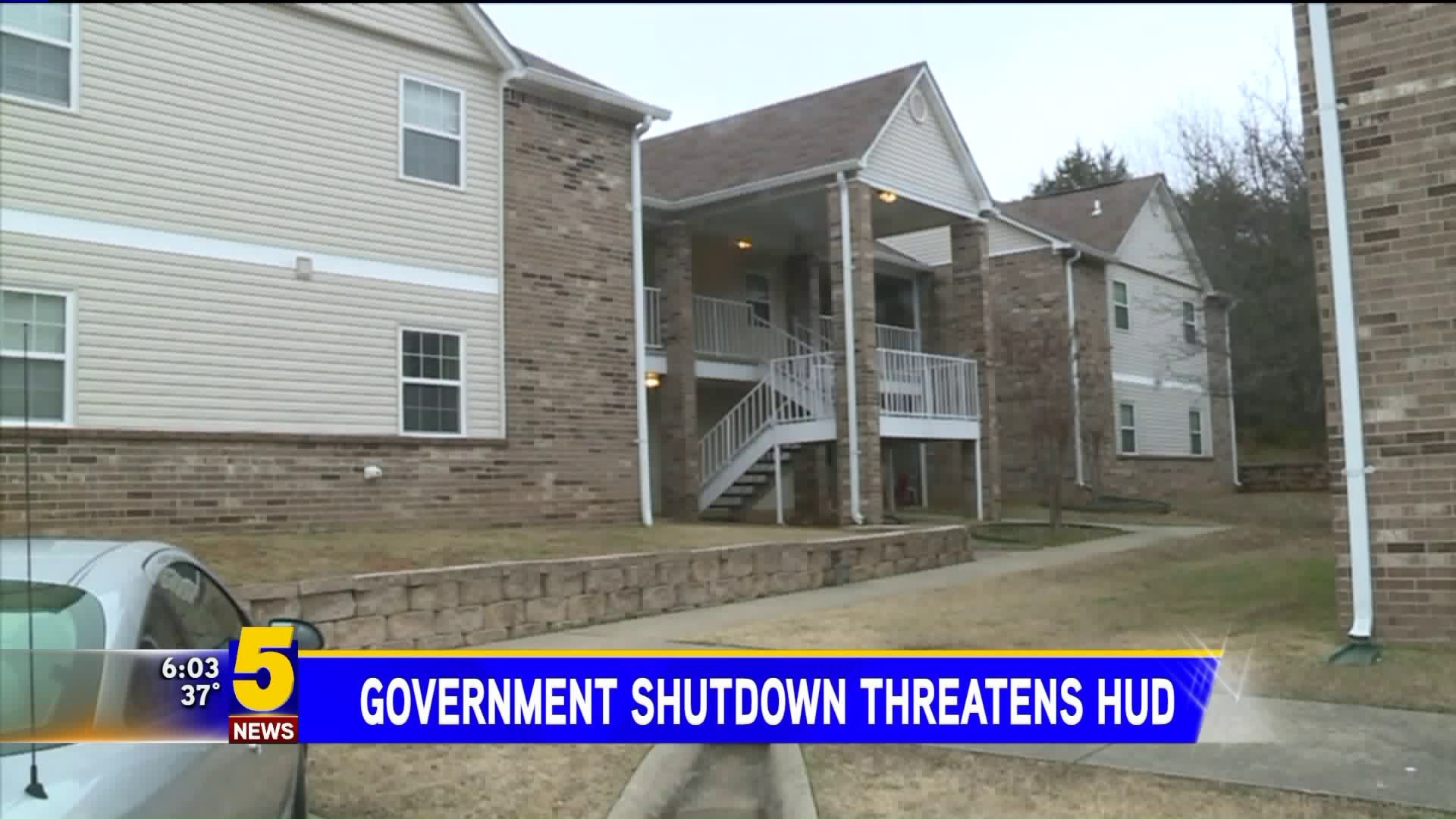 ALMA, Ark. (KFSM) — Thousands of people who live in federally subsidized housing, or HUD housing, are facing threats of eviction as the partial government shutdown continues.

Property Manager Annette Cowen of the Linenwood Apartments in Alma sent out a warning letter to tenants saying if they can't make up the difference in rent, they can't stay.

Tenants received this letter on their doors late Friday night.

Government Shutdown Could Cause Thousands To Lose Subsidized Housing

It states that due to the shutdown of the Federal Government your rental assistance portion of your rent is not being paid. Until the government opens again, you are responsible for all of your rent by January 20th or you could be evicted.

Cowen says she's not kicking anyone out right now and understands their situation.

"I can not provide rent for them," said Cowen. "The only way my company makes money is the management that we receive from the managing each apartment."

Cowen says it's a trickling down effect.

"If the people can't pay their rent, I can't pay bills...if I don't get paid I can't pay my people," said Cowen. "I have to close doors and go home."

Tenants at Linenwood Apartments said they're scared that they will be put out on the street.

One tenant, who wanted to remain anonymous for fear of retaliation, said she has to now come up with $300-$400 dollars and isn't sure she can figure out her finances in time.

Cowen says she is willing to hold off evicting tenants until February 9, but that is the latest she can afford to go.

"Personally I have to close my doors also I cannot pay my people who work for me. I cannot make payments on the vehicles that my people have to travel complex to complex," said Cowen. "I cannot pay the insurance and neither can the insurance on the complexes by paid. It's just a dominoing effect that is happening, the government workers and the TSA people in the airports. It's happening to all over the people in the state of Arkansas."

The anonymous tenant says she hopes and prays the government will open back up soon because she is running out of options.

"I don't have anything else to do. I don't have a truck, we don't have any family to move in with here," she said. "I have a daughter but she lives here. We personally could live in our cars but what's gonna happen to our furniture...so I guess we will just wait and see."

The anonymous tenant also says that she received a second letter on her door saying they do not want anyone to move out, they just want them to be aware of what could happen if the government stays shut down.