ROGERS, Ark.—Gov. Asa Hutchinson’s son was arrested in Rogers this morning (May 18). According to police, a traffic stop at 46th Street and New Hope Road ... 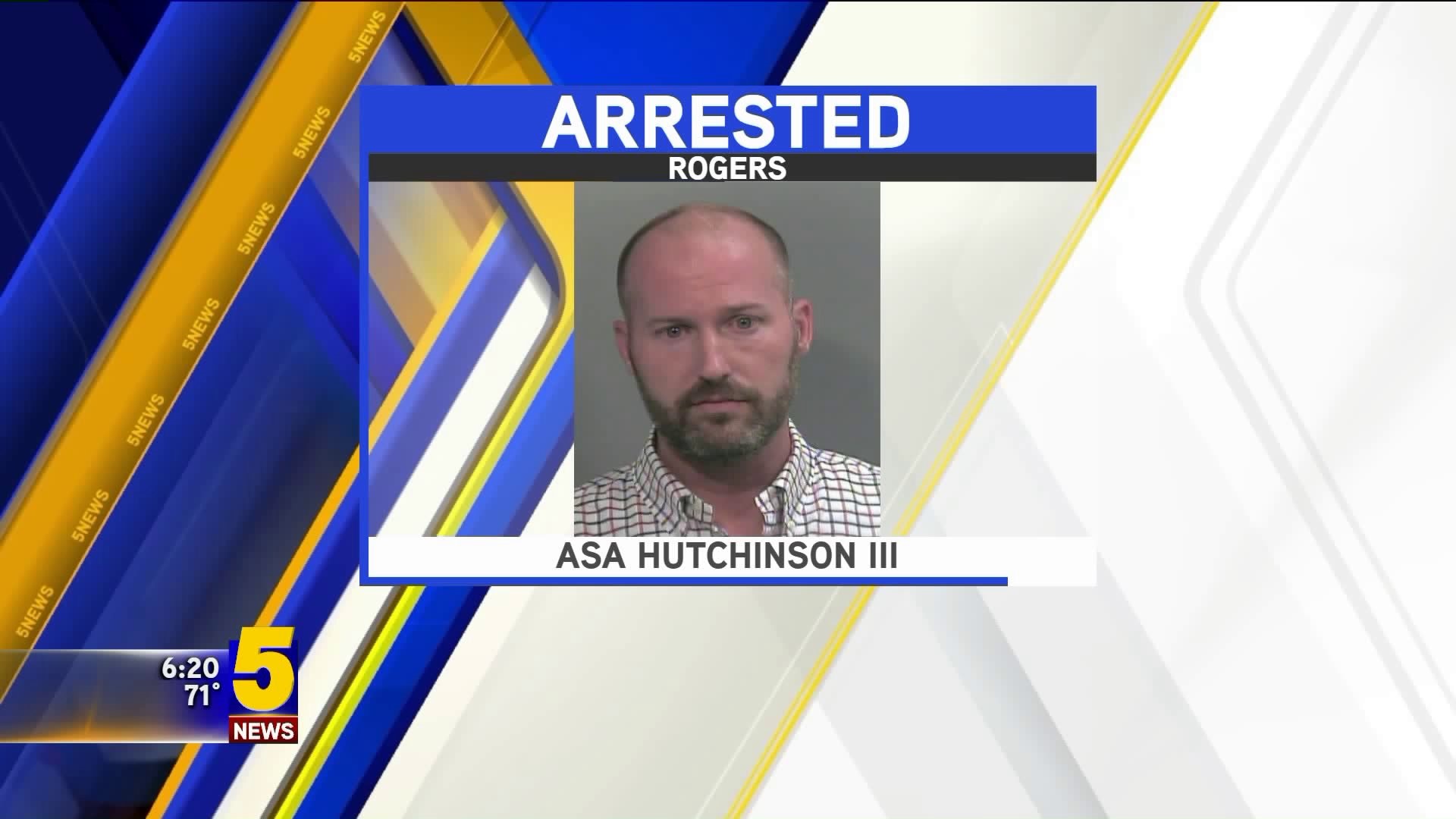 According to police, a traffic stop at 46th Street and New Hope Road led to the arrest of Asa Hutchinson III.

He was arrested and taken to the Benton County Sheriff's Office, where he was held until he was sober.

There is no record of a booking photo being taken according to jail employees.

This is not the first time Hutchinson III has been arrested for similar offenses.