LITTLE ROCK (KFSM) – Gov. Asa Hutchinson signed a bill on Wednesday (April 8) allowing a monument of the 10 Commandments to be displayed at the Capitol, a... 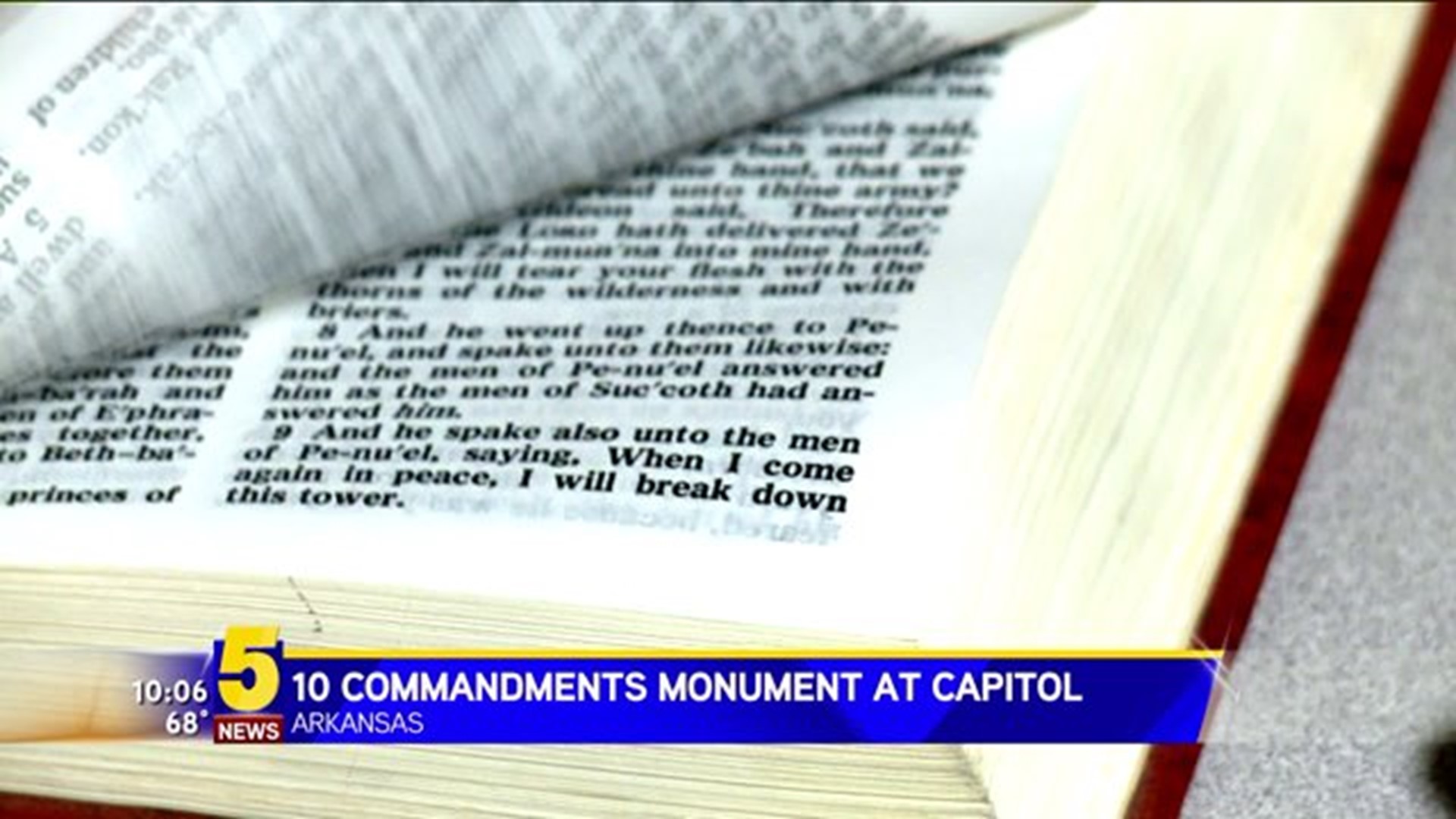 LITTLE ROCK (KFSM) - Gov. Asa Hutchinson signed a bill on Wednesday (April 8) allowing a monument of the 10 Commandments to be displayed at the Capitol, according to legislative records.

The bill, called SB 939, had previously passed the Arkansas House of Representatives and Senate to be delivered to the governor on April 1. Hutchinson signed the bill on Wednesday at 2:12 p.m., and the law became known as Act 1231, legislative records state.

Sen. Jason Rapert, R-Conway, filed the bill on March 9, according to legislative records.

Act 1231 states that the Arkansas Secretary of State may “permit and arrange for the placement on the State Capitol grounds of a suitable monument commemorating the Ten Commandments.”

Citing the case of Van Orden v. Perry,  the new law states that the monument would be considered constitutional.

It enables the secretary of state to help private entities in selecting a location for the monument and to pick a time for its placement.

Act 1231 closes by stating, “The placement of the monument under this section shall not be construed to mean that the State of Arkansas favors any particular religion or denomination over others.”