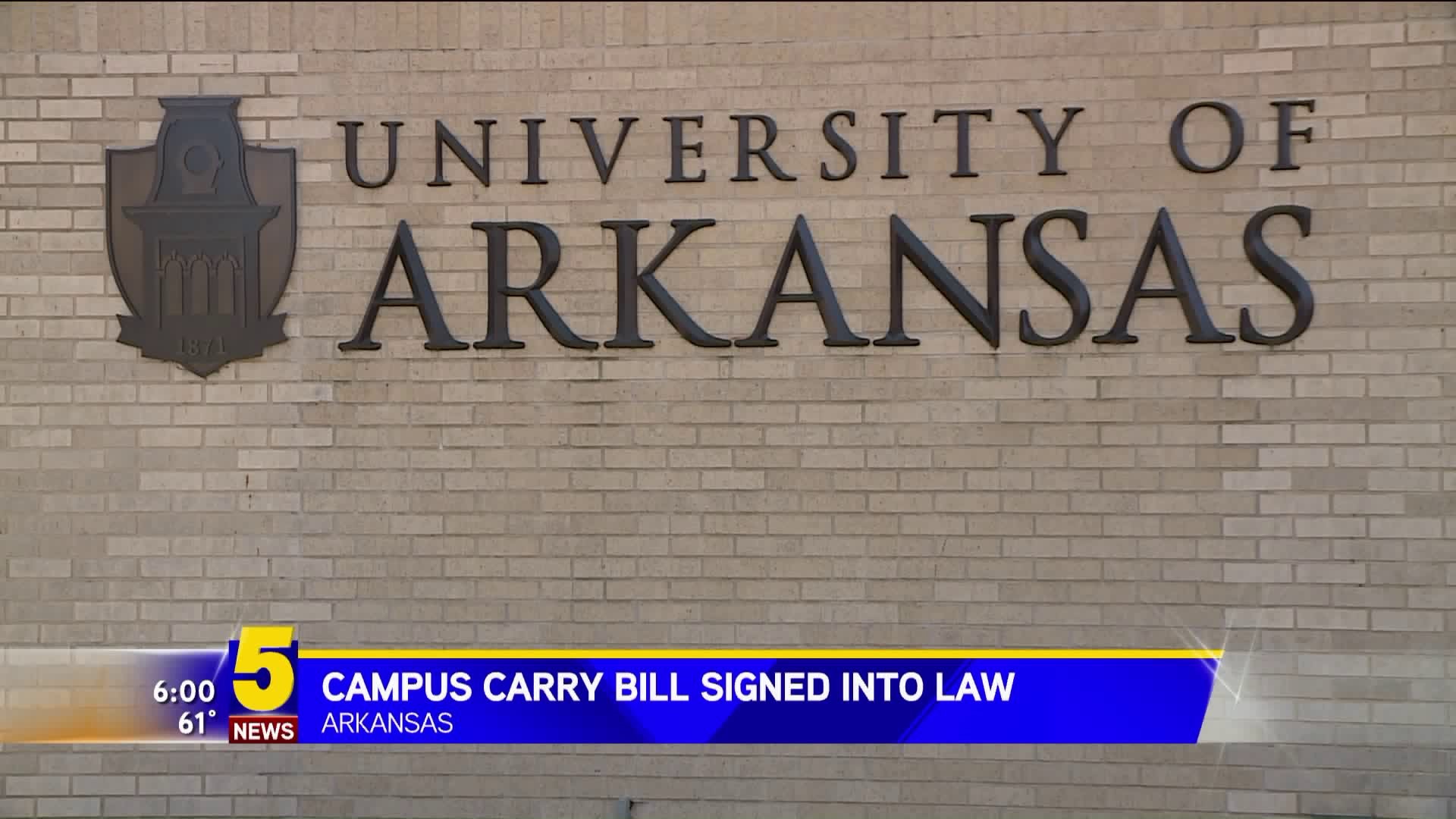 The original bill required state institutions to allow faculty to conceal carry on campus. But after opposition from the House and Senate, bill sponsor Rep. Charlie Collins from Fayetteville made a few changes.

A major amendment to the bill is that anyone who carries concealed weapons on campus is required to take a training course up to eight hours long. The amendment also gives students the option to carry on campus.

"I`ve consistently recognized that there is first of all a second amendment privilege but also a security and safety benefit from firearms by people who are properly trained," Governor Hutchinson said.

Additionally, the bill expands where people can carry concealed weapons. Now public buildings, like the State Capitol, and bars and restaurants that serve alcohol are subject to concealed carry, unless they post a sign at the entrance barring concealed carry.

"That enhances security and I do not consider that as a threat but as an addition to public safety," he said.

Private institutions are the only entities allowed to opt out of the requirement.

Representative Charlie Collins said that from the beginning his goal has been to keep loved ones safe on college campuses.

"I think with the governor's leadership what we have created is a model which many other states over time will adopt and hence we won't just be saving lives in Arkansas, we'll be helping people all over the country," Collins said.

It will take several months for the training program to be designed.

The University of Arkansas released this statement about the bill being signed into law.

"We will work collaboratively with the UA System as it establishes policies, guidelines and practices that align with the law as it affect our campus," said Steve Voorhies, University of Arkansas media relations manager. "We have also begun work on an information portal for our campus to answer questions, and share policies and guidelines as they are developed through the UA System."