Fans of the fantasy, gaming, anime and sci-fi worlds traveled to Springdale this weekend for GlitchCon. The convention ended Sunday (Aug. 25) after a weekend of... 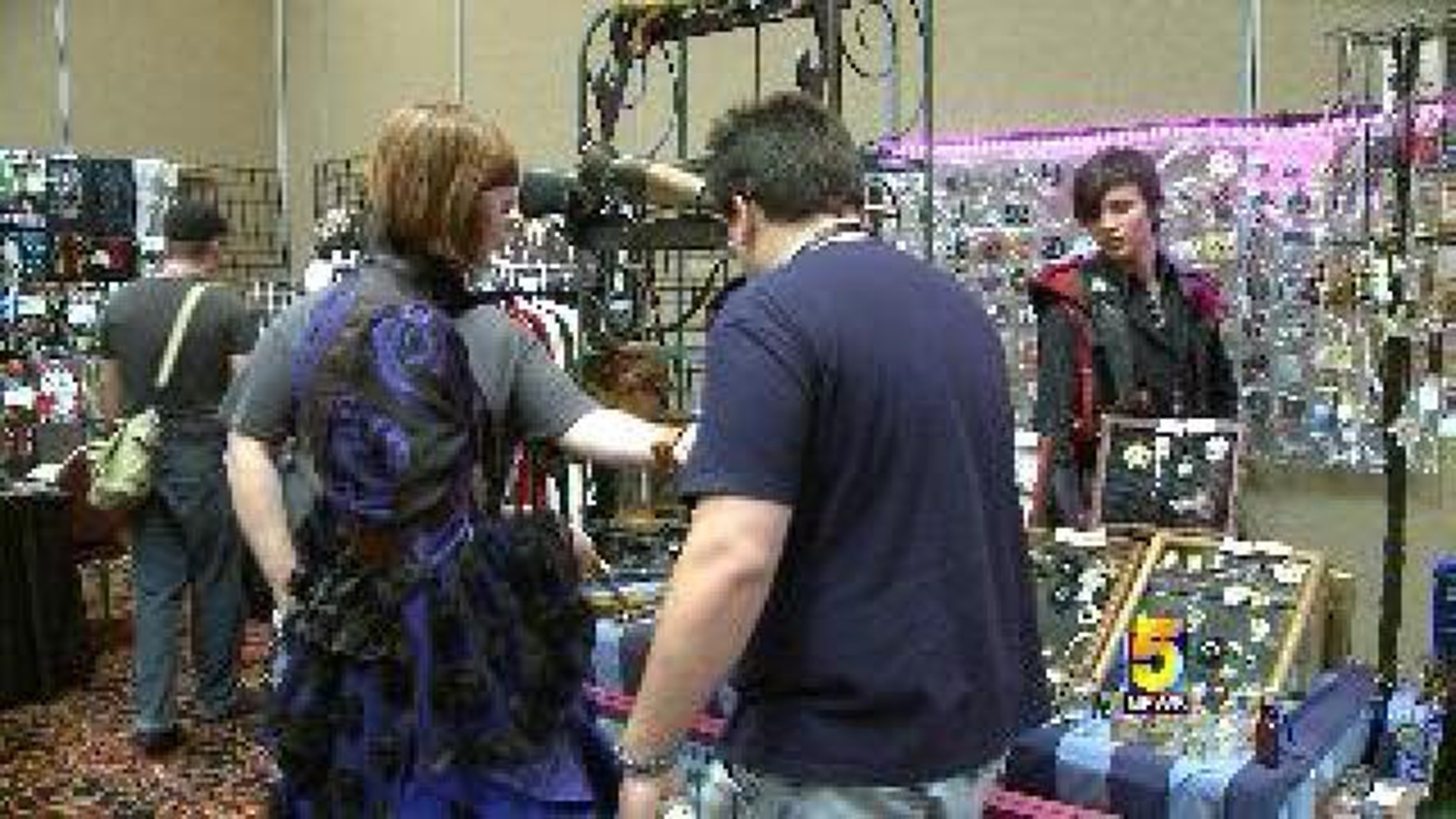 Fans of the fantasy, gaming, anime and sci-fi worlds traveled to Springdale this weekend for GlitchCon.

The convention ended Sunday (Aug. 25) after a weekend of panel discussions and presentations. Attendees could learn all about steampunk, comics, anime, Star Wars, cosplay and more.

Fans were able to meet the actors.

”Getting to meet Steve Downs, the voice of Master Chief, it was just really surreal," Riley Turben said. "Because he’s here in the middle of nowhere and I’ve played his games for the past 10 years and it’s just nuts.”

Epcar, who has a long career in voice acting, has been to a lot of gaming conventions and really enjoys being with his fans.

"They’ll know every little detail about everything and they’re really into it and they love it," he said. "So, it’s really fun for me, because I’m in a dark booth all day long recording voices and doing stuff like that."

The voice actors drew in people of all ages.

”We actually have had several people come in that said, ‘Hey I watched this person’s anime when I was a kid and now my child were watching it,’" Terra Brace, organizer of the convention, said. "So, you have a multi-generational pull with some of these people and that is always fun to see."

People at the convention could participate in video game tournaments, a rave on Friday night and a cosplay contest. Cosplay is when a person dresses like a character from a show, video game or movie. There were many workshops on how to do cosplay at the convention.

Vendors were invited to the convention. Daniel Pumford was excited about discovering Kingdom Builders, a board game similar to the popular Settlers of Catan.

Organizers say approximately 1,000 people were at the convention this year. Most were from Northwest Arkansas, but some traveled from all over the nation.

More than $10,000 was raised to be given to the Northwest Arkansas Women's Shelter this year. Brace said that the convention has partnered with a non-profit since it started three years ago and has enjoyed working with the women's shelter this year.

The convention expects to continue for its fourth year in 2014.