MUSKOGEE, Okla. (KFSM) — Authorities say there has been a massive explosion at a paper plant in north-central Oklahoma, and the structure was still on fire hour... 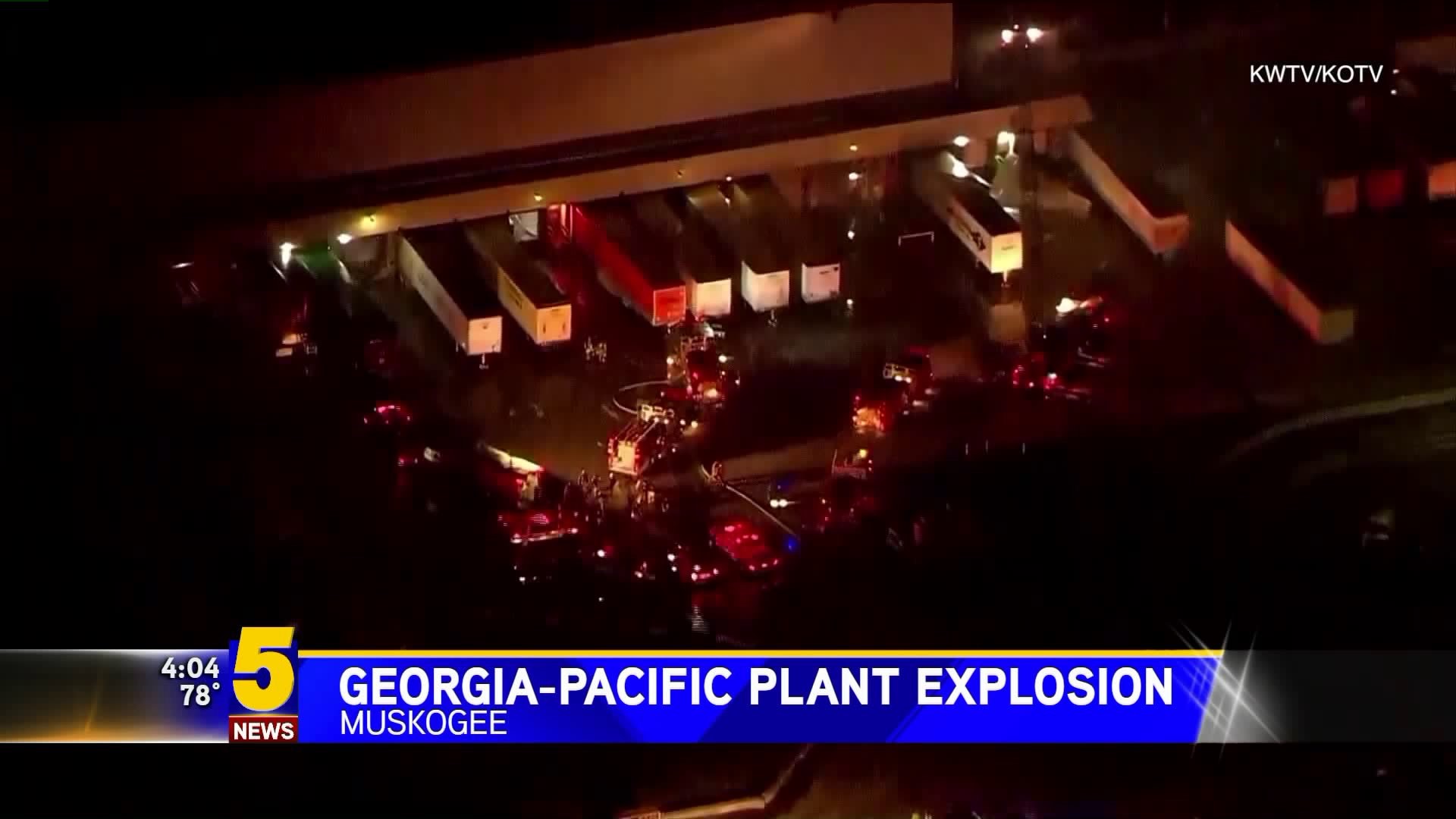 MUSKOGEE, Okla. (KFSM) — Authorities say there has been a massive explosion at a paper plant in north-central Oklahoma, and the structure was still on fire hours later.

The fire at the Georgia-Pacific plant started late Monday (May 14) in Muskogee, about 50 miles southeast of Tulsa. The Muskogee Fire Department chief said the building had been evacuated, everyone was accounted for and there were "minimal" injuries. No one was killed.

"There was a propane-powered forklift that caught on fire, and they tried to extinguish it by hand and were unable to," O'Dell said. "They determined it was getting out of control, and they left, and it exploded."

"Georgia-Pacific Fire Brigade started the fire attack, and then called us," O'Dell said. "So we're working with their chief, who is down there with us now."

Every available fire truck was on the scene, said fire Chief Mike O'Dell. He said Georgia-Pacific's own fire brigade responded first, then contacted the Muskogee Fire Department for assistance. Fire crew members said they've never seen anything like this, and it was a very dangerous situation.

A Muskogee County Emergency Medical Services spokesman said four people were taken to the local hospital and treated for smoke inhalation, and three were treated and released. One employee stayed overnight. The spokesman said none of the injuries were considered life-threatening.

The fire is still under investigation.

Authorities are asking that the public stay away from the scene as first responders work.

About 1,000 work at the plant, officials said. All operations were suspended at the plant this morning, so no employees are able to work today. Once crews assess the damage and if they determine the rest of the plant is safe, they can resume operations.