GENTRY (KFSM) — The Wild Wilderness Drive Through Safari in Gentry is under investigation after a federal agency filed a complaint alleging the business n... 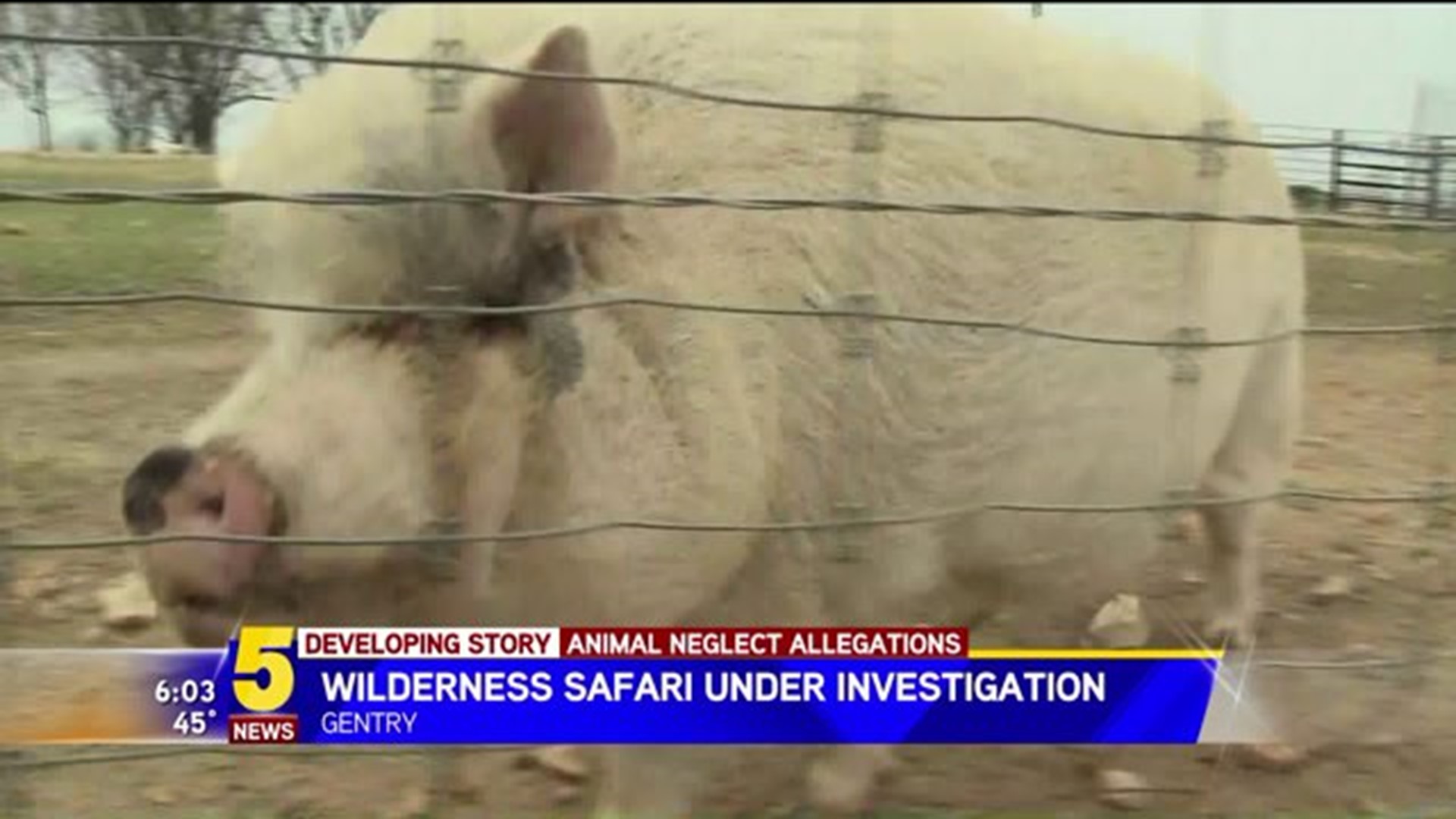 GENTRY (KFSM) -- The Wild Wilderness Drive Through Safari in Gentry is under investigation after a federal agency filed a complaint alleging the business neglected to properly care for the animals, resulting in the death of one of their lions.

The Animal and Plant Health Inspection Service, a division of the U.S. Department of Agriculture, filed the complaint on Jan. 10, 2017. The allegations of mistreatment or neglect span from January 2012 to November 2016.

The complaint alleges that a juvenile lion died in February 2013 after it strangled itself on a collar that was around its neck. The complaint states that safari members violated regulations by failing to handle the animals as carefully as possible.

Other issues outlined in the complaint include animals having inadequate, unsafe or dirty shelters; inadequate or unsafe fencing separating animals from the public; allowing the public to interact with animals unsupervised; and animals having insufficient veterinary care.

In January 2014, several primates were exposed to cold conditions, resulting in a spider monkey losing several digits from frostbite on its hands and feet, according to the APHIS complaint. Some animals were left in an unheated outdoor enclosure when the temperature was 34 degrees and it was snowing and sleeting.

In October of that year, there was not a sufficient barrier or distance between the public and a lion, and the safari allowed a park visitor to have direct contact with a lion.

The complaint also outlines several injuries that animals sustained, including an incident in January 2014 where an Olive baboon had a bent tail, which the baboon eventually chewed off.

In January 2012, an inspector found sheet metal had torn in the bear enclosure, which exposed sharp metal edges, the document states. Additionally several enclosures had an excessive buildup of waste and unclean water sources.

In November 2016, the APHIS reported that certain lion enclosures didn't have an adequate amount of shade, as the enclosures had no shade trees and only a tarp, which didn't provide shade for most of the day.

Leon Wilmoth, a manager at the safari said the complaint was not true.

He said every year they face some type of opposition like this as they try to renew their USDA license.

Wilmoth did say the lion cub mentioned in the complaint did happen but he told the USDA it was his fault.

He explained that the cub was going through some separation issues after its sibling was sold to an accredited zoo.

Wilmoth was trying to help the cub but had to leave during an emergency.

He said he should have taken the collar off but left in a hurry.

With as many animals as the zoo has, Wilmoth said some accidents will happen as he referred to to other violations outlined in the complaint.

Wilmoth said he was not ashamed of anything they do at the facility and is thankful for the the support shown by the community all these years.

“We’re here for several reasons one of them is not to make money," said Wilmoth. "We make ends meet but we’re here for the children.”