Larry Eckhardt organized a flag tribute in Gentry prior to Lance Cpl. Benjamin Tuttle’s funeral this week with the help of volunteers and the Gentry commu... 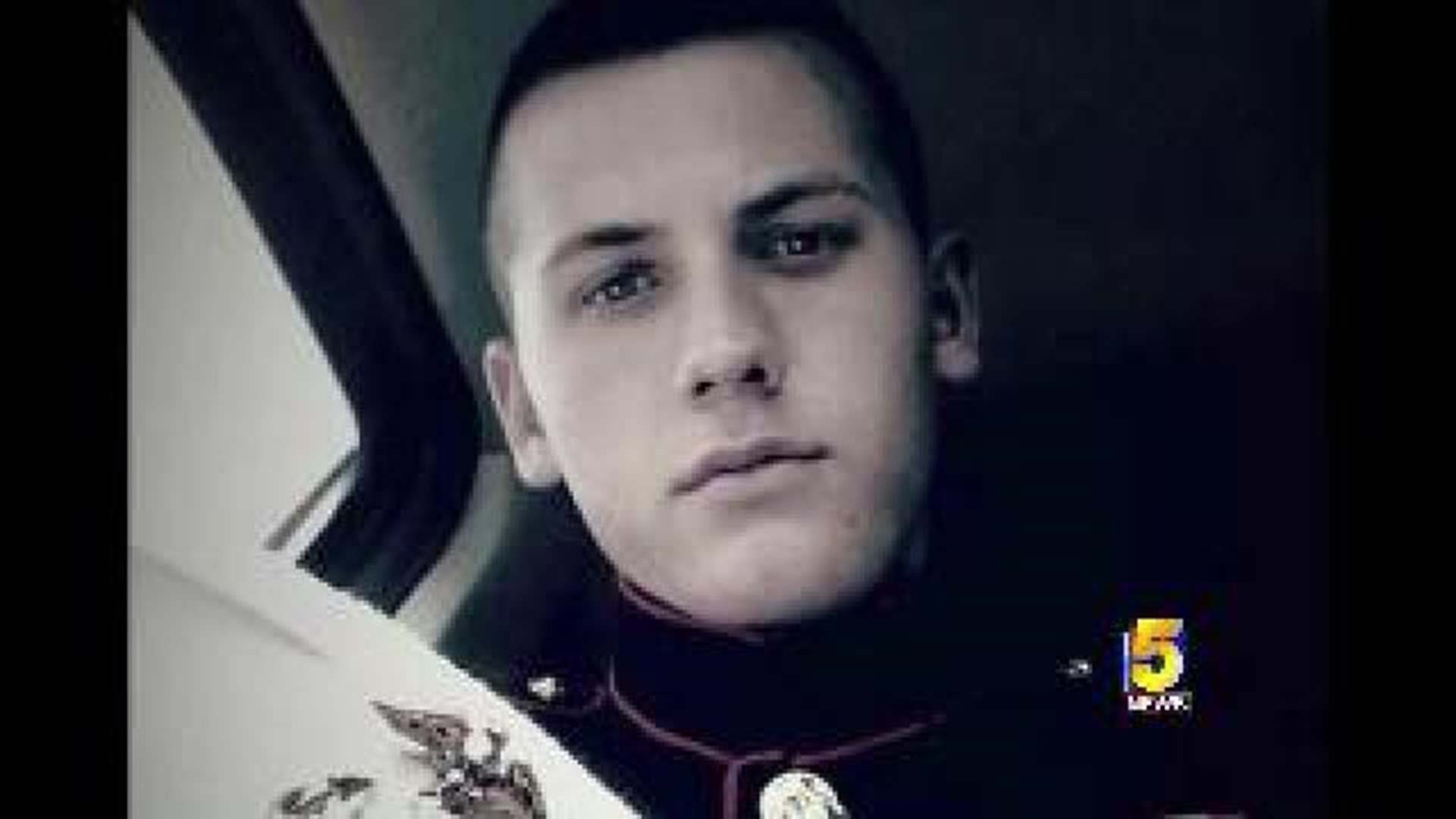 Larry Eckhardt organized a flag tribute in Gentry prior to Lance Cpl. Benjamin Tuttle's funeral this week with the help of volunteers and the Gentry community.

Eckhardt is better known as Larry The Flag Man, and it's Eckhardt's 112th funeral. He's been traveling across the country for seven years placing flags prior to a fallen hero's funeral.

Eckhardt said when he found out about Ben Tuttle's death, he called the city and the funeral home to get permission from the family before making the journey.

"At least the family will know that people care, that's the main goal," Eckhardt said.

Volunteers placed 2,380 flags along Gentry streets. These flags represent so much to this tight knit community.

"It brings everybody a little closer, try to be there and lean on each other," said Lisa Chaney, who's son was on the wrestling team with Tuttle. "It's sad, Ben was so young."

Payton Morretti graduated high school with Tuttle in 2012. She said she couldn't believe the news of his death.

"He was a nice, loving guy, he was funny," Moretti said.

"There's very few of us as it is and as they say we are all brothers and sisters," Betts said.

Everyone came together because Larry "The Flagman" brought them to Gentry for one purpose.

Stars and stripes will decorate the community's final goodbye to their fallen hero. Tuttle's funeral is Thursday (July 25) at 2 p.m. at First Baptist Church in Gentry. Visitation takes place 8 a.m. to noon.