FORT SMITH (KFSM)– The General Darby Legacy Monument has finally made its way into Fort Smith. The bronze statue was brought over the Garrison Avenue brid... 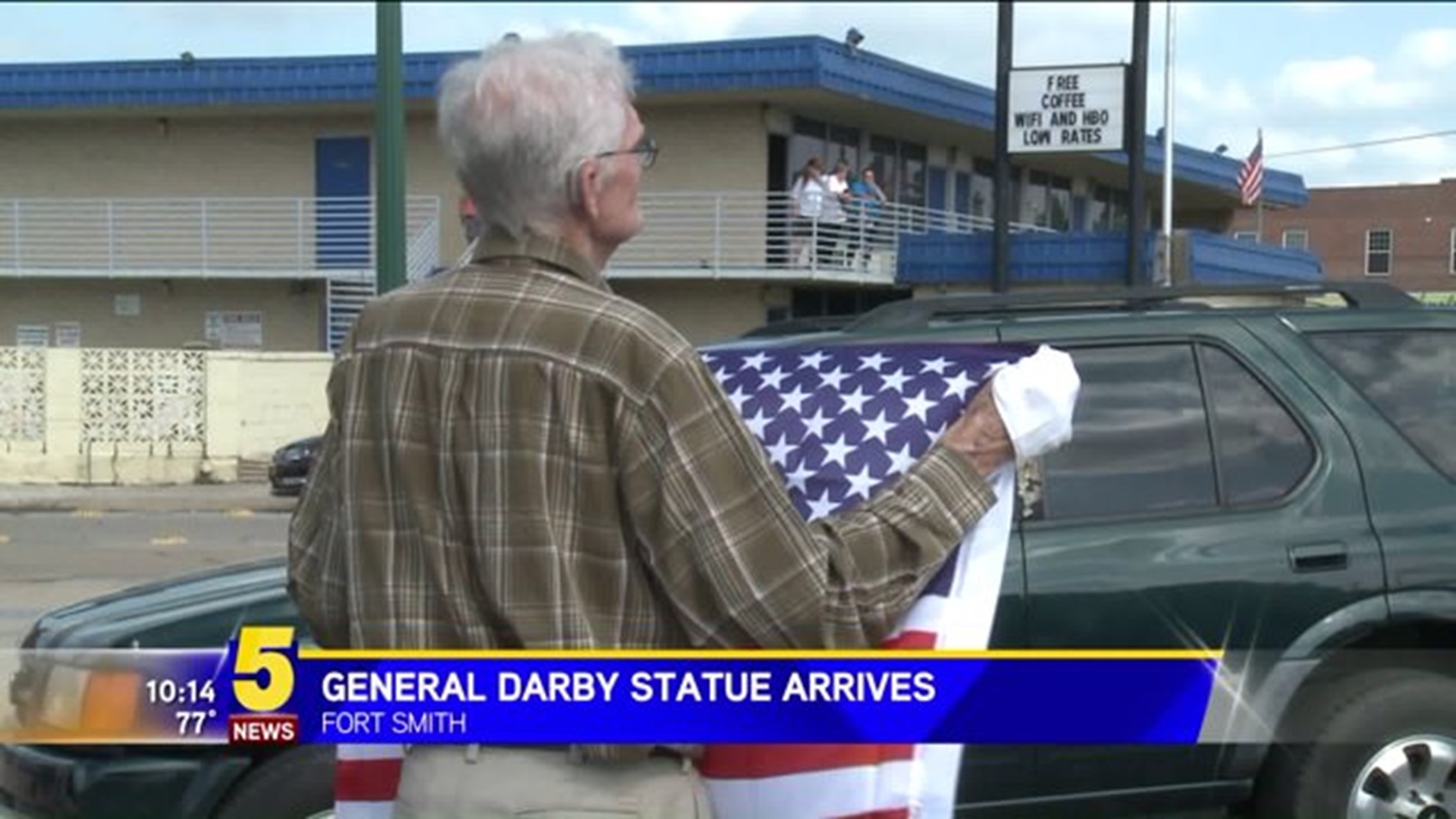 FORT SMITH (KFSM)-- The General Darby Legacy Monument has finally made its way into Fort Smith.

The bronze statue was brought over the Garrison Avenue bridge with a caravan of motorcycles and a police escort on Tuesday afternoon (April 26).

For many people in the city, it was a special moment, but one man in the crowd says it was the moment his life came full circle.

“[He was] my idol," Kenneth Vaught said. "I was in the military too, but nothing equal to him.”

Vaught was in a different crowd more than 65 years ago when General Darby's casket was brought to Fort Smith to be buried at the National Cemetery.

“I was part of a military police escort from the funeral home to the national cemetery,” Vaught said.

Vaught gave General Darby a farewell salute and ended up on the front page of the newspaper.

Now, the statue depicting General Darby on a 1942 Harley Davidson will honor him by sitting in the middle of Cisterna Park.

“As we tell people, you have Bass Reeves on the west end on his horse facing Oklahoma, and you'll have General Darby on the east end on his steel horse facing the European Theater,” Darren McKinney, principal of Darby Junior High School and chairman of the Darby Legacy Project, said.

'”This is General Darby's home, and General Darby grew up here,” McKinney said “He went to Fort Smith High School. He never forgot his roots.”

Vaught said he's proud to be welcoming the general home, figuratively, once again.

“I think it's the greatest thing that ever happened to the city of Fort Smith,” Vaught said.

Wednesday (April 27) the statue will be placed on the pedestal at Cisterna Park but it will be covered until the anniversary of General Darby's death on Saturday (April 30), when it will be unveiled.