FORT SMITH, Ark. (KFSM) — Parents and students are showing their concerns after a video made by a Future School student in Fort Smith prompted a police investig... 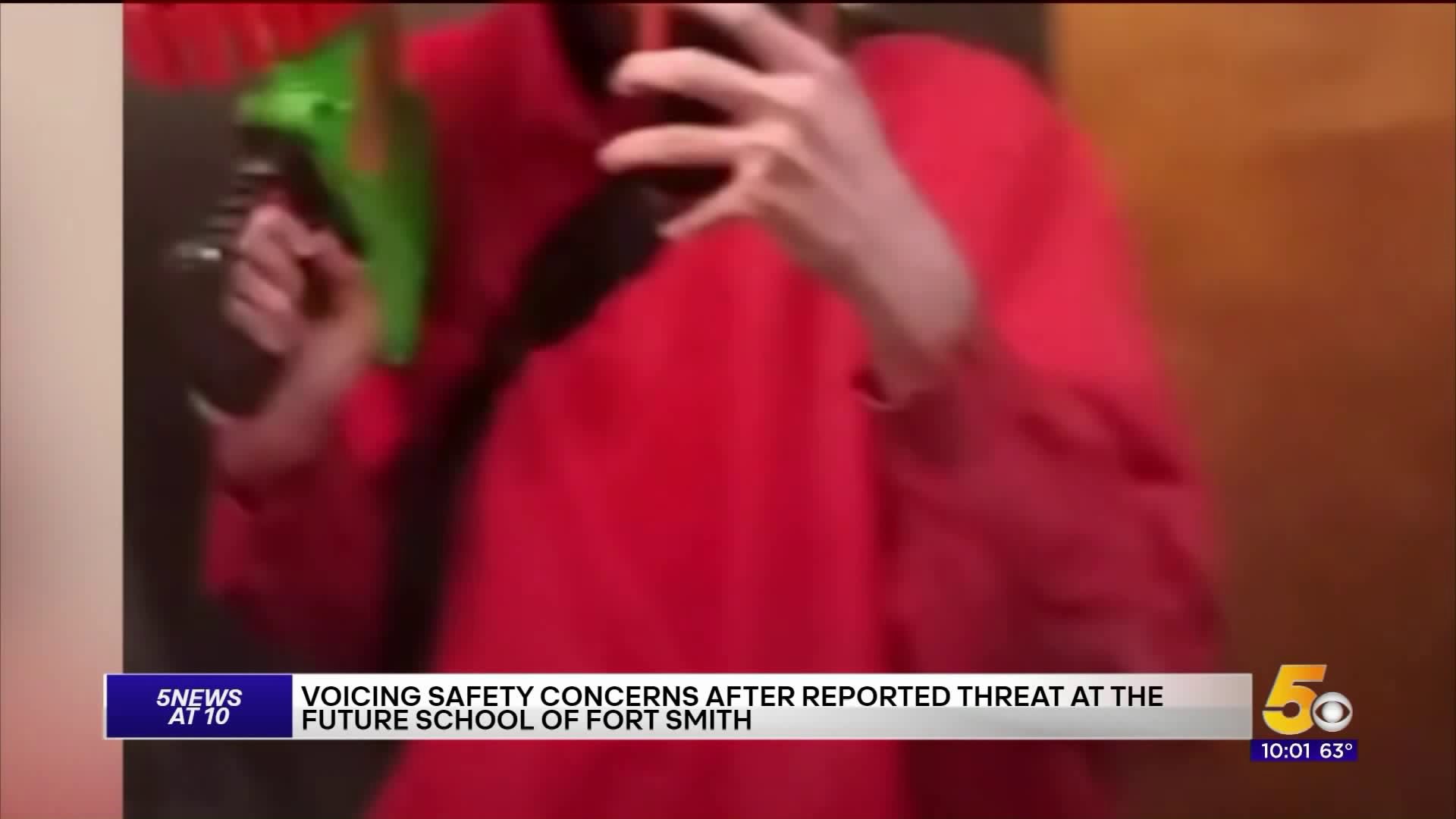 FORT SMITH, Ark. (KFSM) — Parents and students are showing their concerns after a video made by a Future School student in Fort Smith prompted a police investigation.

Even though police found no wrongdoing, some are still concerned about the safety of students,

The Future School held a town hall style meeting Monday (Oct. 7) where students and parents voiced their thoughts and opinions surrounding the actions of one 15-year-old student.

In the video posted to TikTok, the student is seen holding a toy gun. In the last line of the video, he made a comment about not getting bullied anymore, which led to the Future School excusing students from class Thursday (Oct. 3).

"I did know about that situation when I came to school that day and that day we were extremely safe, there were police officers here there were teachers circulating everywhere," Ledford said.

She says many others still have safety concerns though and those were expressed during the meeting with administrators.

"A lot of the students have been pushed to a point where they don’t feel safe in their school and they wanted a resolution, they wanted an answer and I think that we should give it to them," parent Misty Cloud said.

One parent says the idea of bullying or threats being made at her son's school raises concerns.

"To think that something like that could happen to my child in these hallways is sickening, so I worry I will always worry about that, that’s never going to change," Cloud said.

The meeting gave students and parents a platform to share how they feel following the incident as well as share ideas on how to move forward.

The school says after last Thursday they see room for improvement in communication because many parents didn't receive an alert about the perceived threat.

"We are examining some of our communication issues around crisis, that’s sort of one of the concrete pieces we got from parents," said Director of Future School Boyd Logan.

Many at the meeting said they are still shaken up by the video and have concerns about how the situation is being handled. They say they are thankful for the platform to talk with administrators.

"It’s very important for not just our students but the parents as well to be heard and that’s what this was for," Ledford said.

Due to privacy concerns, the actions being taken by the school concerning the student have not been released at this time. Officials did mention a program called Restorative Practice is in place at the school to help combat bullying.

The mother of the student who posted the video told 5NEWS her son was bullied physically and mentally before posting the video and she is now trying to decide how she wants to move forward with his education.