SEBASTIAN COUNTY (KFSM)-The Midland and Jenny Lind Rural Fire Departments are still in service, but for how long is still in question after the departments did ... 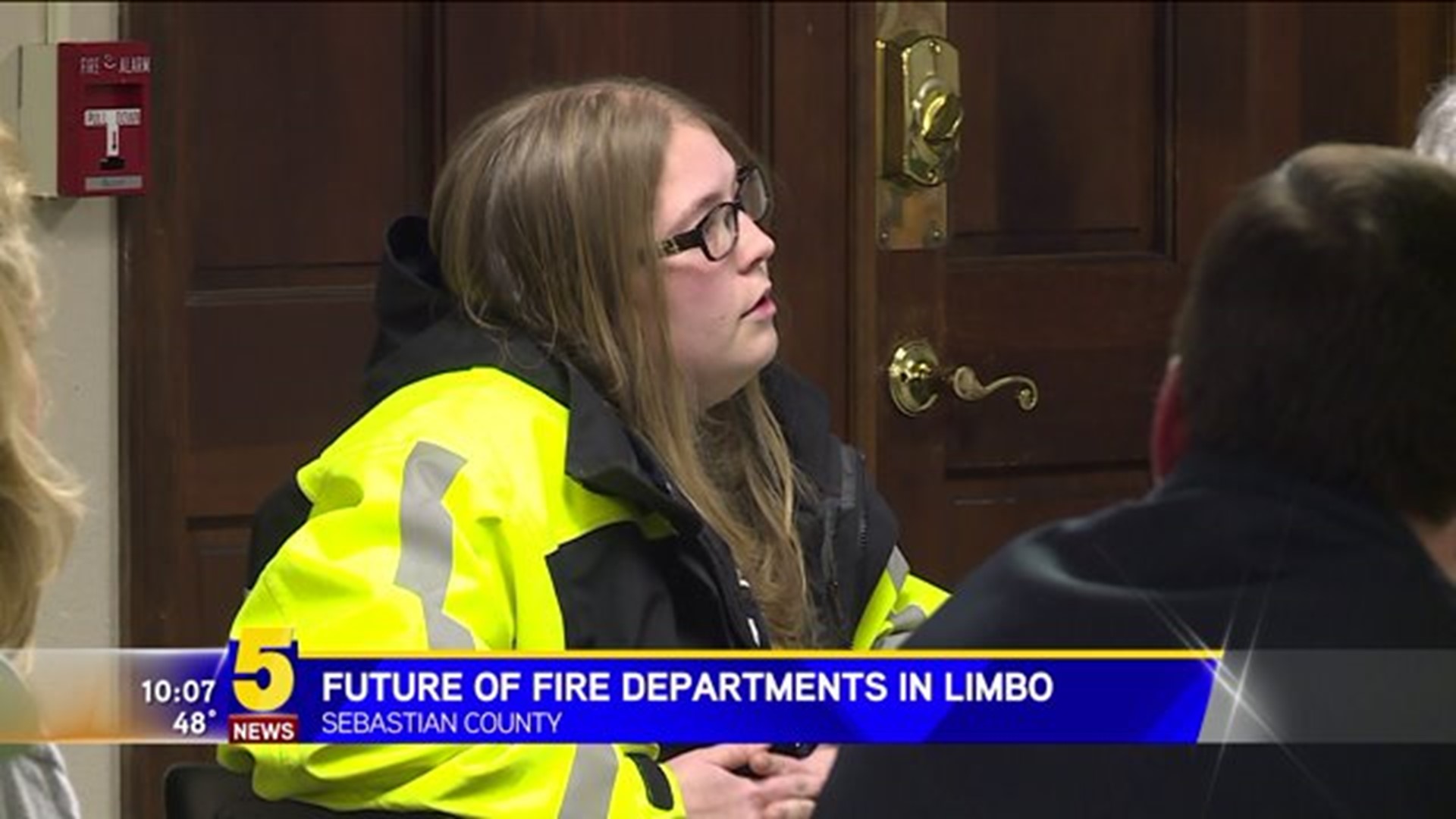 While neither signed the yearly agreements, both have continued to receive funding for fuel and dispatch.

Judge Hudson said the importance of the agreement is to keep track of money spent in each department, as well as keeping tests and training up to date within the county.

Firefighters from Midland were at the monthly meeting, but no one from Jenny Lind attended.

Judge Hudson said he is still willing to work with both departments to come to an understanding.

"I think there's been a misunderstanding through a lack of information and a lack of communication," Hudson said. "Tonight, I think we were able to clarify and focus on the facts and reassure that the county government is here to support the volunteer firefighters."

The Midland Fire Departments said they will meet with the County Judge and Midland Mayor about the agreement.

The association voted to attempt to set up a meeting with the Jenny Lind Department since they did not show up at the meeting. But, if that is unsuccessful, the county would no longer use Jenny Lind and the association would move toward reassigning other rural fire departments to areas they covered.