Oklahoma law enforcement officials want to change the state’s laws after a Panama K9 was killed in the line of duty. Friends and family of the Panama Poli... 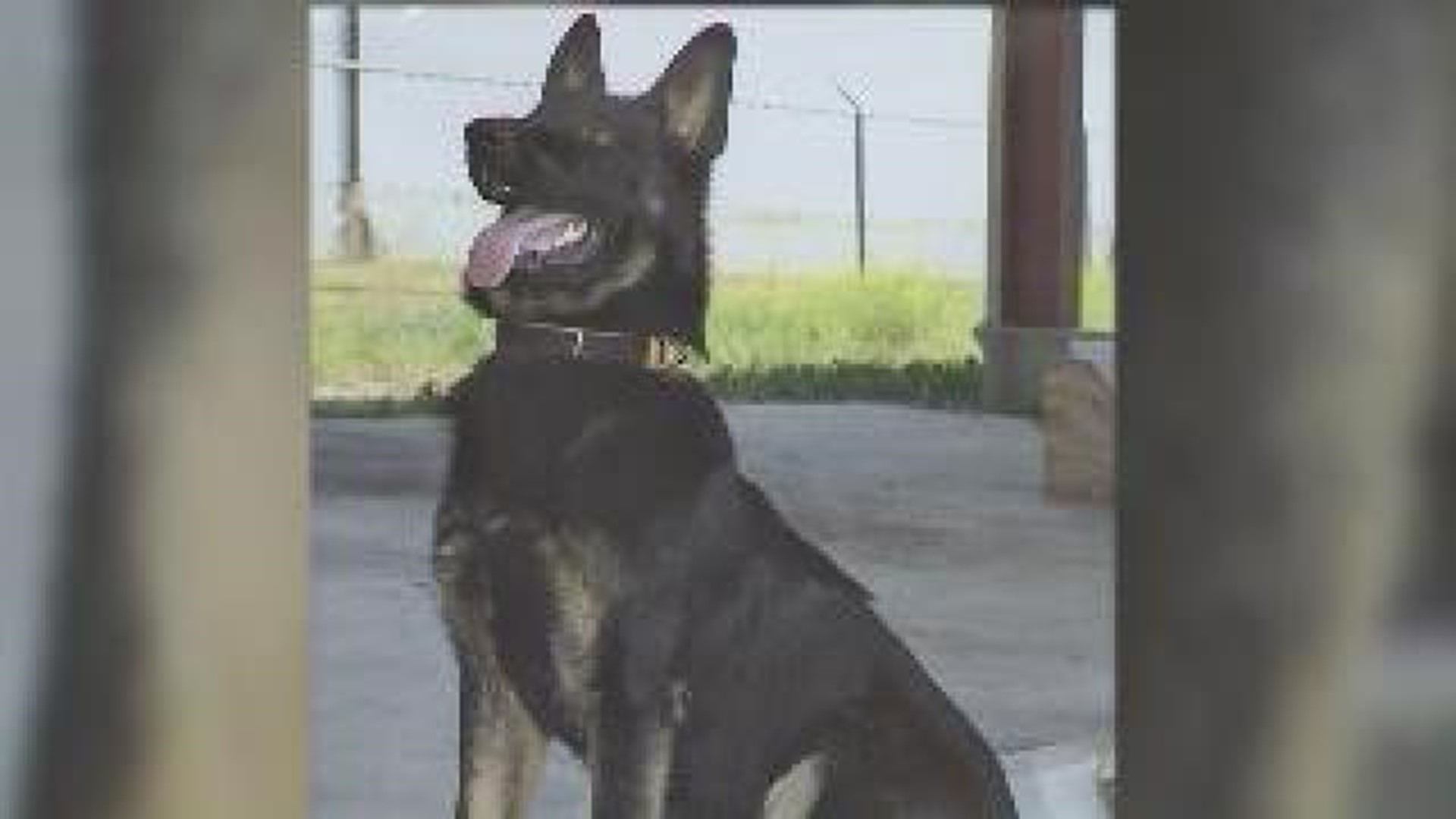 Oklahoma law enforcement officials want to change the state's laws after a Panama K9 was killed in the line of duty.

Friends and family of the Panama Police Dept. gathered Wednesday at Panama First Baptist Church to say goodbye to their only K9 partner, “Creed."

Sgt. Andy Bevil, Creed’s handler, was at church Sunday evening and returned home to find the two-year-old German Shepard dead in his kennel.

“He was always ready to go,” said Sgt. Bevil. “Whether it was my days off or not, we always had to do training and go out and he’d be bouncing off his kennel, ready to get out and go work.”

Investigators believe Creed was targeted because of his service with the police department, but have not released any other information about how he died. Creed was trained to find narcotics.

“At this point, we’re just looking to move forward. We do have an ongoing investigation as far as the death goes,” said Sgt. Bevil.

In Oklahoma, killing a K9 is classified as a misdemeanor charge. That means whoever’s responsible could face up to a year in jail and $1,000 worth of fines, according to Sgt. Bevil.

“We’re going to change the law in the state of Oklahoma to make the killing of any police K9 a felony with mandatory jail time,” said Capt. Travis Yates with Tulsa Police. “It’s just a shame that there’s an instance where it could just be a misdemeanor. That doesn’t make a lot of sense. So that needs to change.”

Panama Police are working to raise enough money to purchase and train another dog, which is expected to cost close to $10,000.

A fund has been set up by Ten-Four Ministries to provide the department with a new K9 and training. Click HERE to make a donation for Panama's new K9.

Cherry Berry Yogurt in Fort Smith is also collecting donations for the new K9. Fifteen percent of sales Wednesday evening will be donated to Panama Police.