FORT SMITH, Ark. — A fundraiser took place at the Fort Smith Dairy Freeze for Moffett School after the entire town found itself underwater during historic... 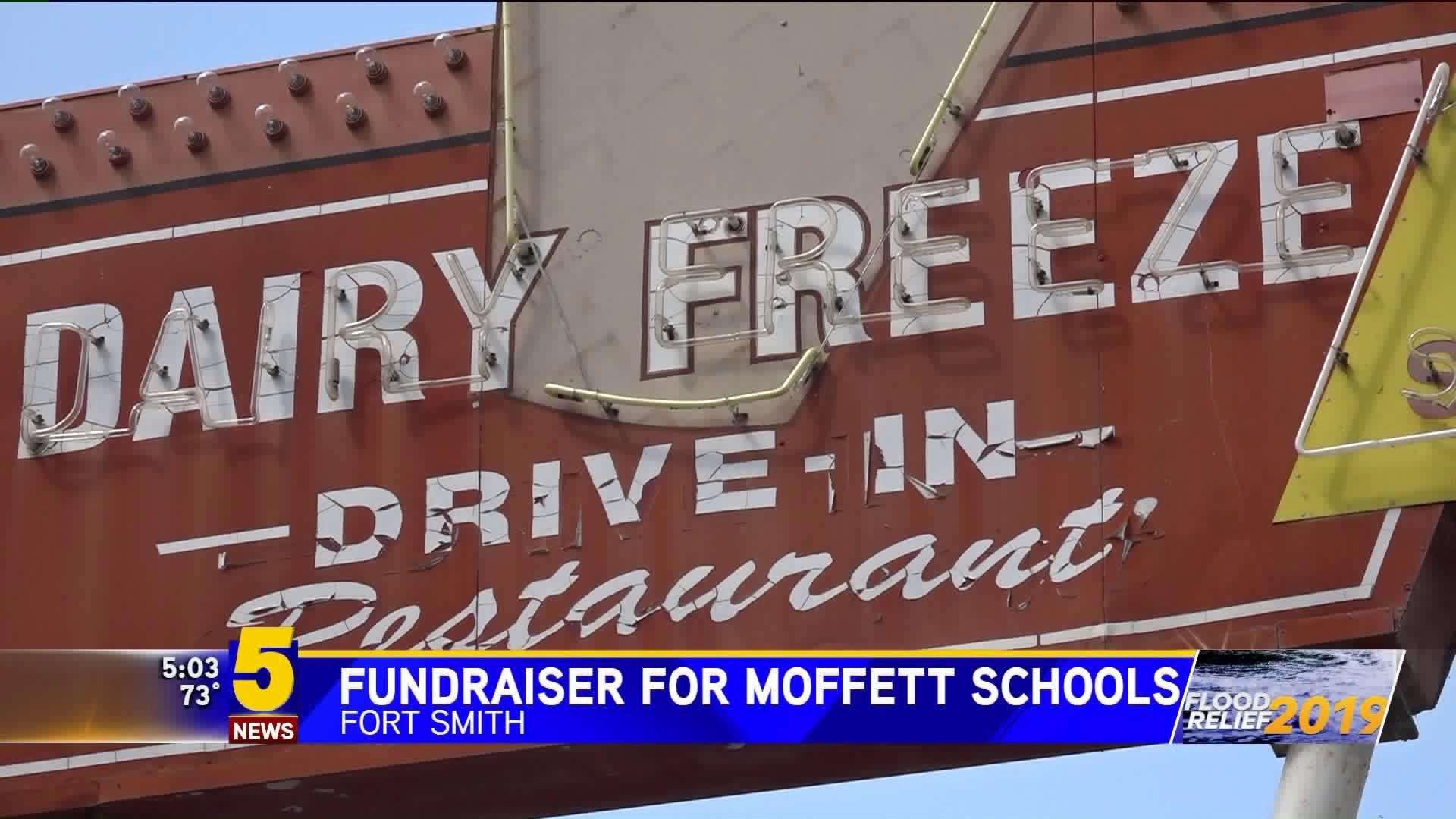 FORT SMITH, Ark. -- A fundraiser took place at the Fort Smith Dairy Freeze for Moffett School after the entire town found itself underwater during historic flooding.

Teachers took on the roles of carhops and all of the tips they received will go towards the school, along with 75% of the profits that Dairy Freeze made.

Students also did their part by holding up signs outside and preparing food and drinks.

The fundraiser was originally meant to end at 5 p.m., but Dairy Freeze has extended their end of the fundraiser until 10 p.m.

One of the teachers at the school said it was heartwarming to see how generous the community could be.

"Some of our parents from Moffett work here and some of their kids are in our actual classes, and they wanted a way to help us out," said Stacey Beam, a reading and English teacher in Moffett. "So it's emotional to know even Arkansas is wanting to help an Oklahoma school and that all of the communities are coming together to help us out."

The goal was to raise $1,000 but teachers and students say the community is amazing and had higher hopes to raise more.

Moffett School's first day back to class is August 7th and students and teachers say they believe they'll be ready for the start of the school year.