FORT SMITH (KFSM)— Almethea and Chuck Phillips have been renting the same home in Van Buren for nearly 20 years, but their landlord had to put it up for sale. S... 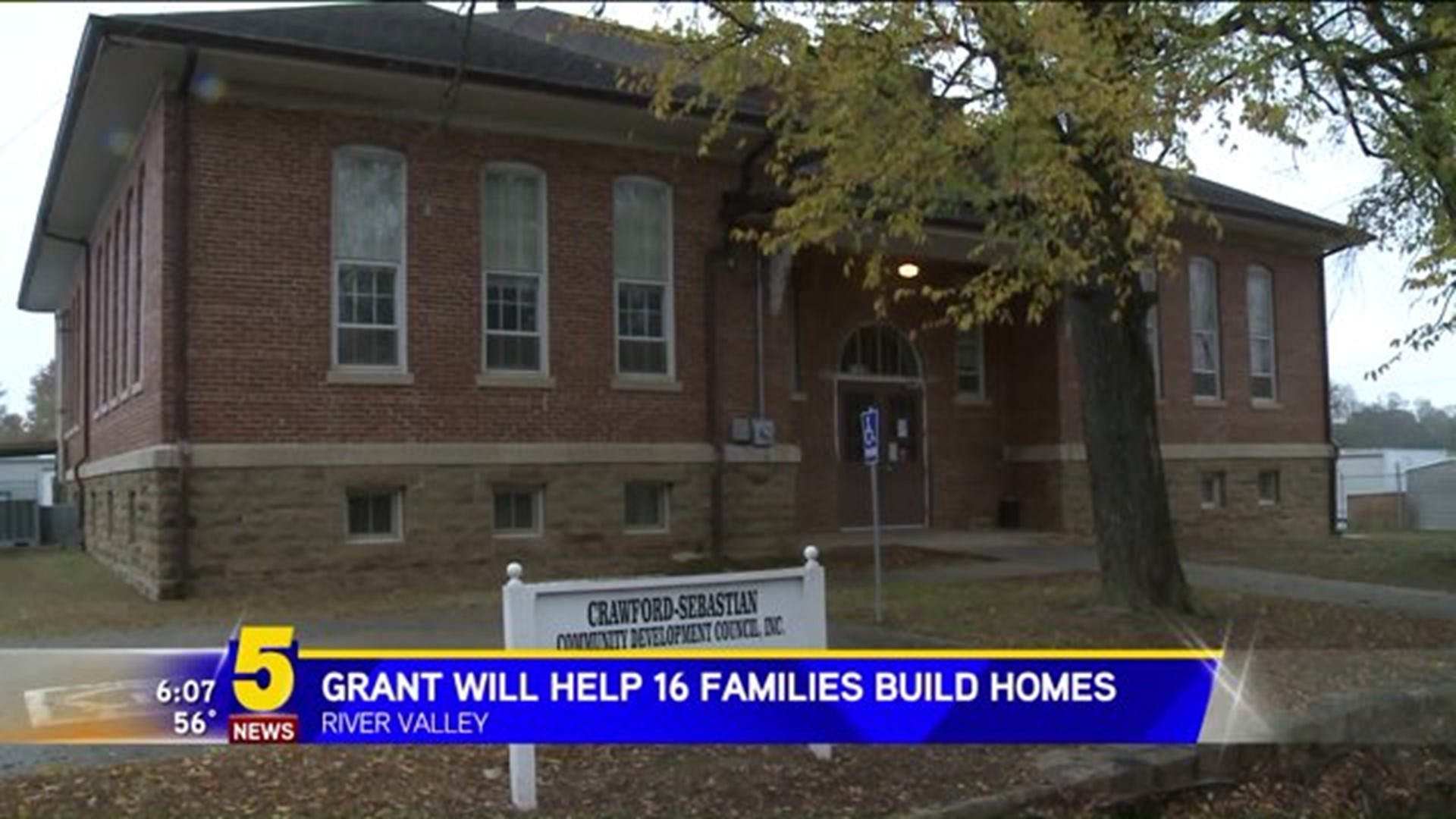 FORT SMITH (KFSM)— Almethea and Chuck Phillips have been renting the same home in Van Buren for nearly 20 years, but their landlord had to put it up for sale.

Soon after, they found out about the Crawford-Sebastian Community Development Council's Mutual Self-Help Housing Program and applied.

“I just never imagined this would ever be possible,” Chuck Phillips said. “It`s a dream come true. It`s the 'American dream,' owning your own property.”

The non-profit organization received a grant for $312,500 from the USDA’s Rural Development Office.

“Our organization is about providing affordable housing for lower income people, and this is such a great way to it,” Michael Fuchtman, Self-Help director said. “It`s no down. The payments are so far, I`ve always experienced, the payments are much cheaper than the person`s rent.”

“It`s a grant that helps families not just get a home, but they develop a life as a result of the program,” Steve Mosher, Area Director for USDA Rural Development said.

The two groups signed the agreement on Monday (Nov. 16), putting the Philips and 15 other families on the road to having their own homes.

“It`s given a lot of people the opportunity to own homes, that otherwise wouldn`t, like us,” Phillips said.

Families will also take part in the construction process.

“I love it because being part of the building process, doing the flooring and stuff, I can look back later and say I did that,” Phillips said.

The couple expects their home to be complete by May or June of 2016. The CSCDC also helped the Phillips improve their credit in order to qualify for the program.