LEFLORE COUNTY (KFSM)– The Emergency Conservation program through the USDA is helping some local farmers get back on their feet after all of the flooding ... 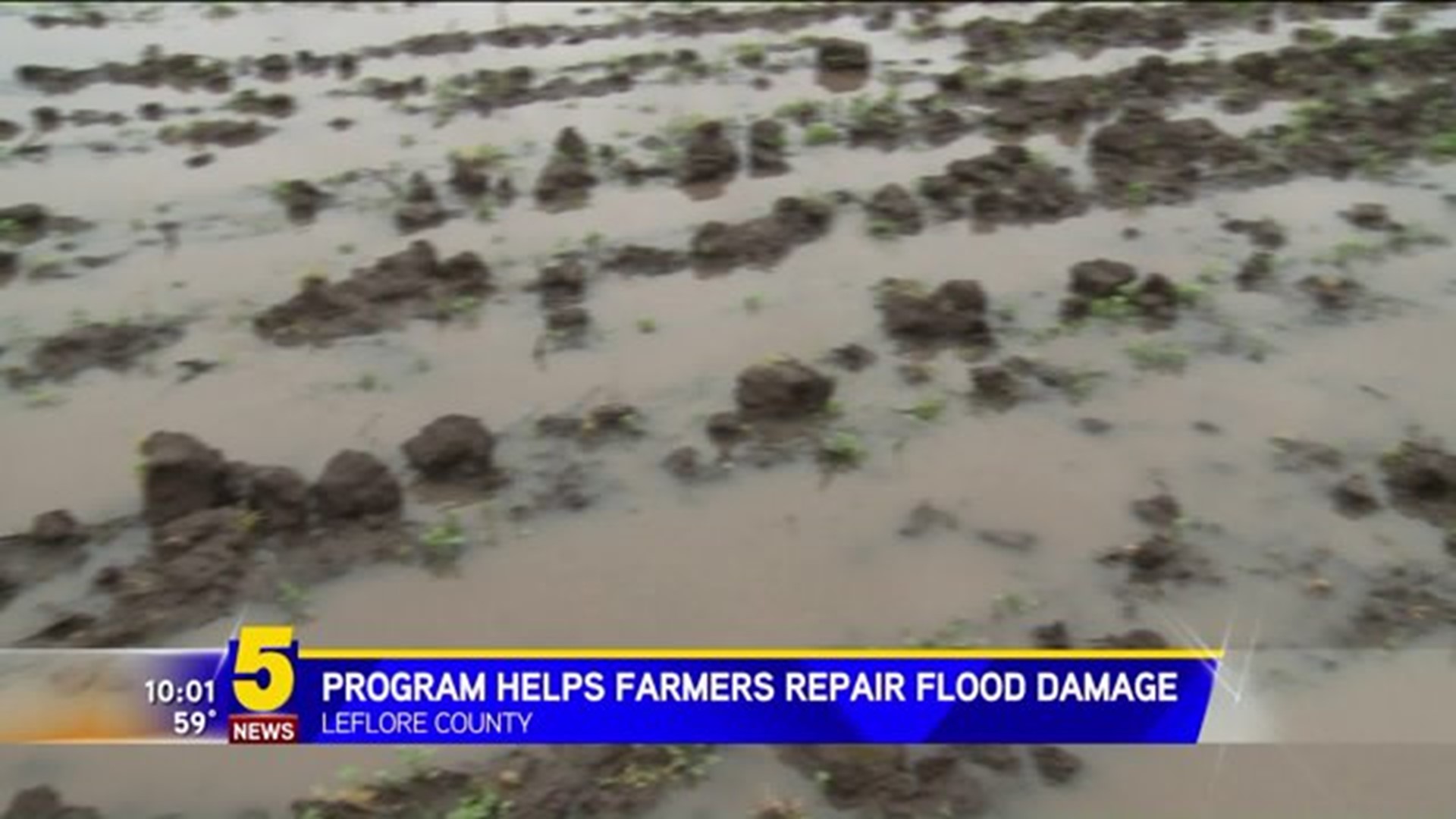 LEFLORE COUNTY (KFSM)-- The Emergency Conservation program through the USDA is helping some local farmers get back on their feet after all of the flooding from the past year.

Nearly 100 farmers in Leflore and Haskell County have signed up for the program since February 23.

One of those farmers is Foster Johnson who owns more than 200 acres of land in Leflore County.

“It's kind of a phenomenon that once it starts, it's hard to stop,” Johnson said talking about giant ditches that have appeared on his farmland after the flooding earlier this year.

“We've lost a considerable amount of top soil through erosion, and we're looking at a ditch that's expanded greatly through these two huge rains that we had,” Johnson said.

Other farmers have experienced erosion, fallen fences and silt deposits on their land.

“The emergency conservation program is designed to help farmers and ranchers that have sustained major damage, extensive damage to their cropland and their pasture land to help rehabilitate and bring it back to productivity,” Monte Anderson, the Farm Service Agency executive director for Leflore and Haskell County, said.

He said the program is moving ahead, but they have a problem.

“It's funded on a national level, and unfortunately our initial funds have been exhausted,” Anderson said. “We have asked for more funds, and we expect to get them, but currently we're operating without any funds.”

Johnson said the damage on his property alone would cost hundreds of thousands of dollars to completely fix, and the program can’t do that. He said they’re just going to stop the problem from getting any worse.

“Hopefully we're going to be able to slow it down and stop this erosion,” Johnson said. “The amount of money that they have and the amount of money we have as farmers, it's just not economically feasible to fix the complete problem.”

Anderson said, because he’s already applied for more, he's certain the program will receive funding soon, but even with that, he said they have hundreds of farms to fix and years of work ahead of them.

Anderson said damage must exceed $1,000 to qualify and cannot be in an area subject to frequent flooding according to survey maps.

If you need assistance you can sign up for the emergency conservation program through April 6 by contacting the Leflore-Haskell farm service agency by calling (918) 647-4800 ext. 2.