CLARKSVILLE (KFSM) — Freezing weather during spring can sometimes mean damaged crops for some farmers in the River Valley and farmers said they’re k... 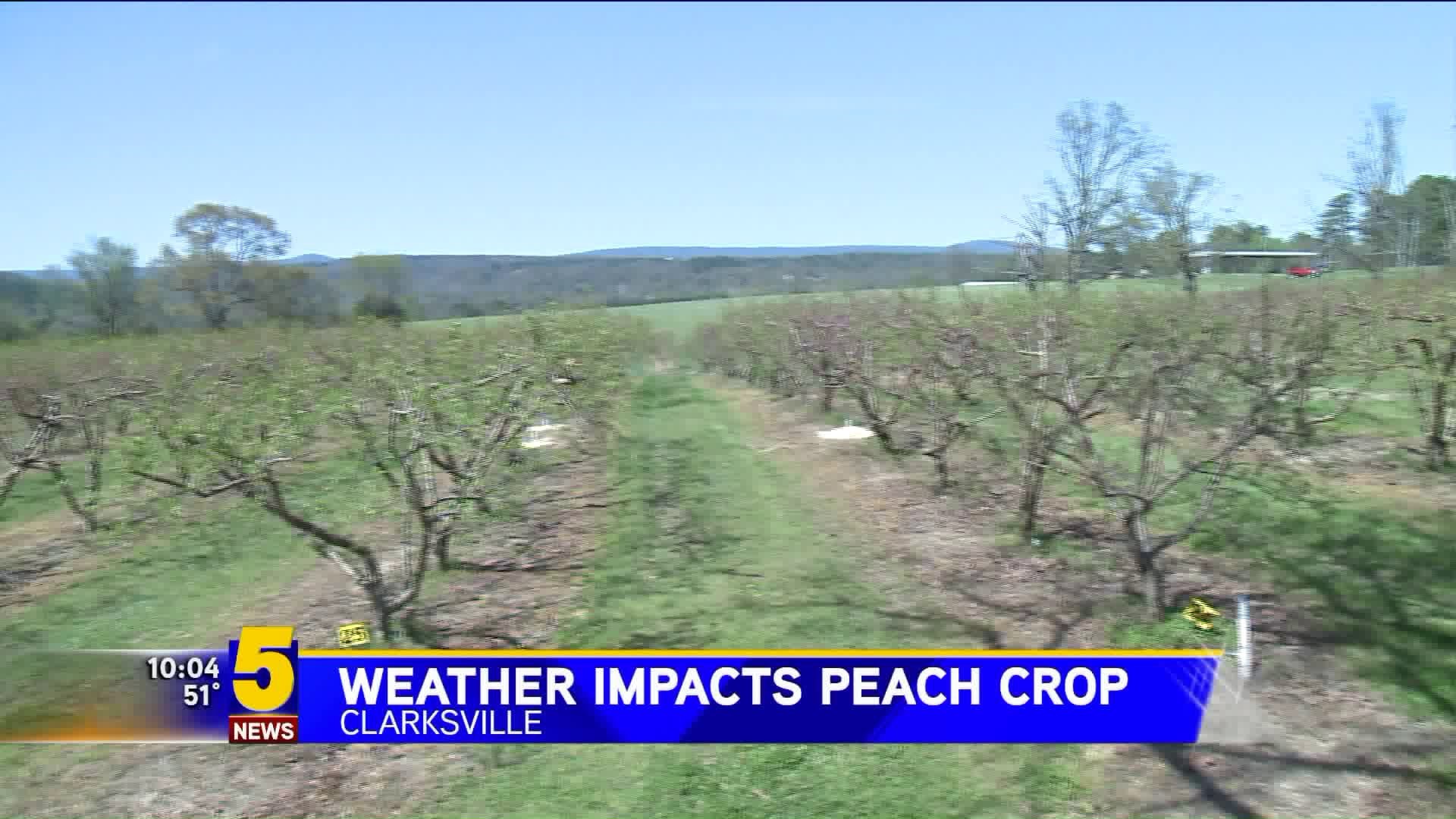 CLARKSVILLE (KFSM) -- Freezing weather during spring can sometimes mean damaged crops for some farmers in the River Valley and farmers said they're keeping a close eye on their crops, and hoping to avoid losing everything due to freezing temperatures.

"Those mid 20's can be dangerous," Steven Morgan with Peach Pickin' Paradise said.

At Peach Pickin' Paradise, 3,500 peach trees make up the peach farm in Clarskville, but just one night of freezing weather could ruin the season.

The farmers said lower temperatures this week didn't impact them, but they're not past freezing season just yet.

"When we saw 31 (degrees), it was just for a very brief period," Mark Morgan, farmer said. "The wind was moving and so we`re really okay as far as frost goes. I think we`re sitting pretty good right now."

Mark said that seeds of the peach plant can be checked to see if it was damaged by the weather conditions. He said with freeze damage, the inside of the seed changes from green to black.

With more freezing weather predicted, farmers said there are ways they can work to protect the crops ahead of time.

"We have all of our wood piled in staged areas around the orchard," Mark Morgan said. "We can also burn hay. If the inversion`s just right and if we`ve got some warm air up top, we have flown helicopters in the past. It has forced some of that warm air down and we feel like that`s helped our crop in the past."

The coming months will bring another scare for the trees, though, when the peaches are almost ready to be picked.

"Hail," Mark Morgan said. "You can have everything and get through the freeze, have a good crop and here comes the hail a day before you open. It`s a fairly risky crop. It`s a high risk, high reward. All of our cards are on the table. Its kind of up to mother nature to play hers."

The farmers are expecting a good crop and said they'll have a lot of peaches for people to eat this summer.