Four Dead In Fiery, 28-Vehicle Pileup On Interstate 70 Near Denver

A major interstate in Colorado was closed Friday morning as police investigated a fiery crash that left at least four people dead. Smoke billowed from the scene... 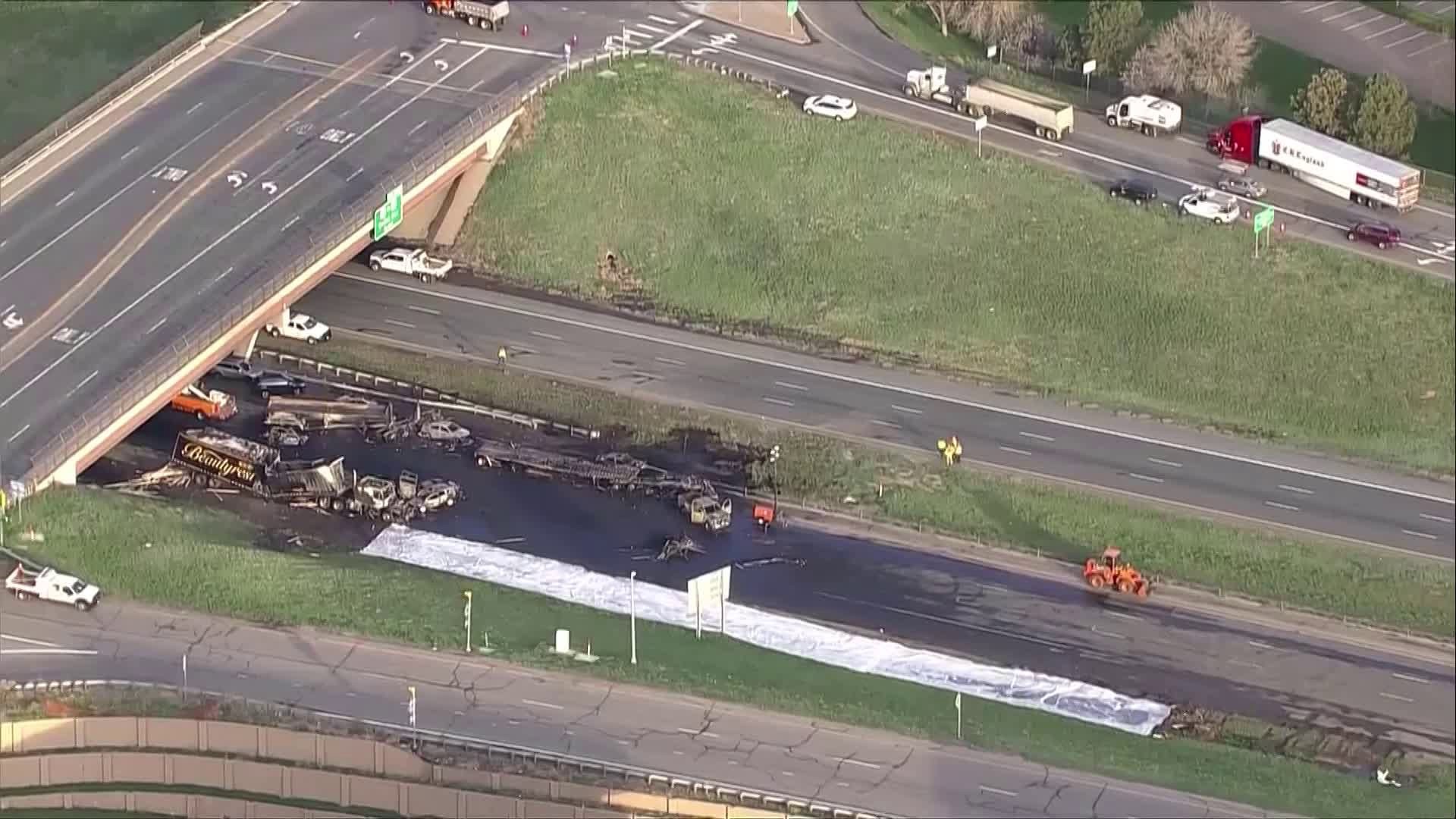 A major interstate in Colorado was closed Friday morning as police investigated a fiery crash that left at least four people dead. Smoke billowed from the scene in Lakewood, just west of Denver, as flames incinerated vehicles.

CBS Denver, citing authorities, reported that 24 cars and 4 semi-trucks were involved in the crash on Interstate 70. Officials said it took hours for the fire to subside, and while they confirmed at least four fatalities, just how many people had been killed remained unclear.

A truck driver, later identified as Rogel Lazaro Aguilera, was blamed for causing the deadly pileup and has been arrested on vehicular homicide charges. Lakewood police spokesman Ty Countryman said Friday that there's no indication that drugs or alcohol played a role in Thursday's crash on Interstate 70.

Aguilera was headed down a hill when he slammed into slower traffic and sparked a massive fire. Countryman said police are looking at whether his brakes were working.

One man caught video of the semi-truck allegedly responsible for the crash screaming past his car on the shoulder of I-70. The truck driver was among the injured.

A spokesperson for the Lakewood Police Department said at a Thursday evening news conference about 12 people were treated for injuries in area hospitals.

Colorado transport officials urged drivers to avoid the area altogether on Friday as the sections of the highway were expected to remain shut into the morning rush hour.