WEST FORK (KFSM) — Voters in West Fork will choose a new mayor when they cast their ballot in the Nov. 8 general election. During a Meet the Candidates Fo... 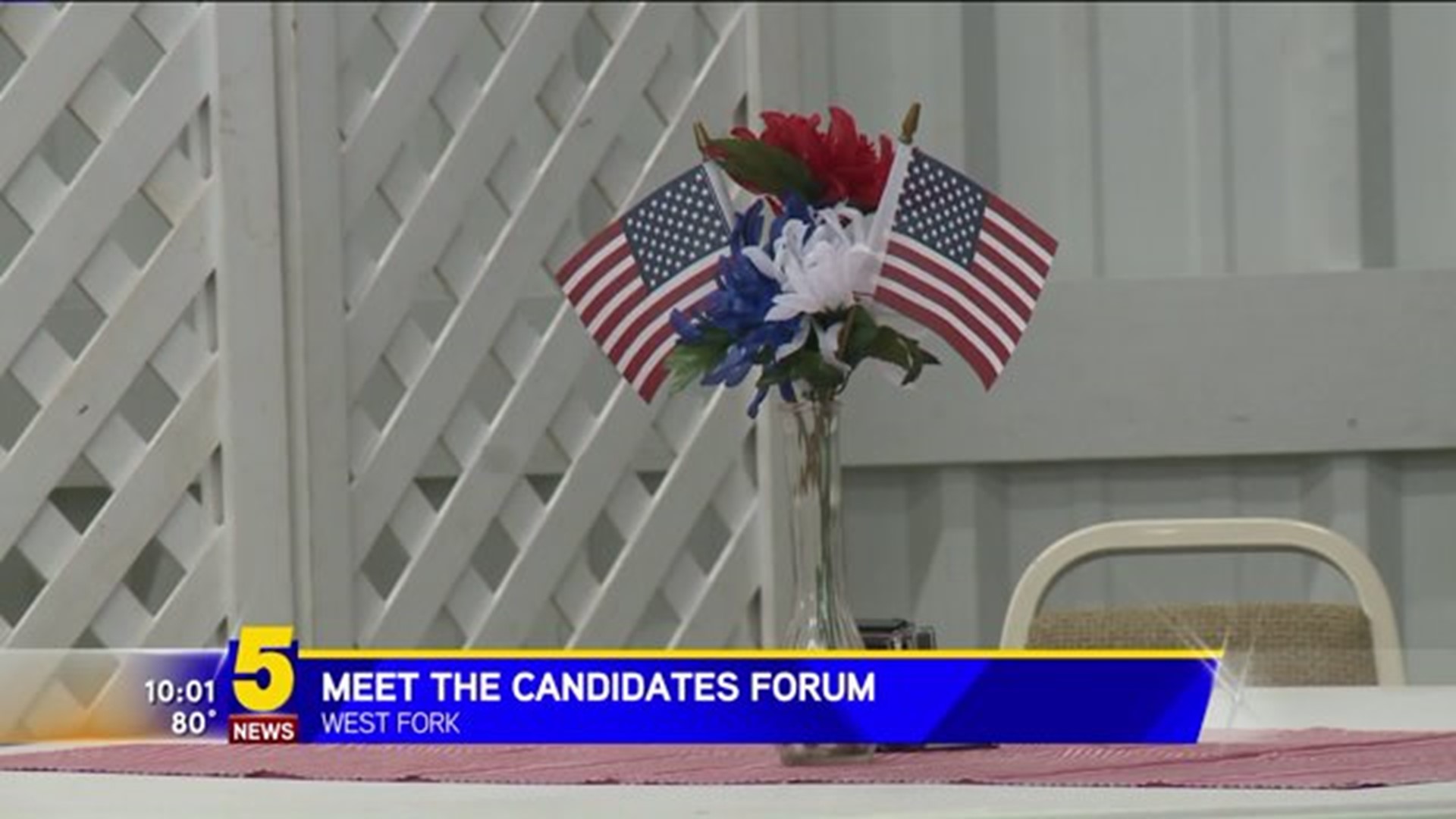 WEST FORK (KFSM) -- Voters in West Fork will choose a new mayor when they cast their ballot in the Nov. 8 general election.

During a Meet the Candidates Forum at the local community center in West Fork, all four candidates were in attendance for a meet and greet before taking part in a forum.

Among the candidates is Misty Caudle, who has served on the city council for the last eight years. She touted her previous experience as the leadership skills needed to run city government.

"I am the most dedicated and experience," Misty Caudle said. "I have the most energy and time to dedicate to the his job."

She is joined in the race by her stepson, Heith Caudle, who said he works as a business consultant and small business owner. He called the race "healthy competition" and stressed the need for the city to do a better job at attracting businesses.

"I come into the office of mayor with one agenda, and that is economic growth. A planned strategy," Heath Caudle said. "I want to bring the city together. A collaboration among all the city groups to create that plan and to move forward."

All four candidates are running in a special election that coincides with the general election, to replace former mayor, Charlie Rossetti, who abruptly resigned from office in July.

The winner will fill the remaining two years of Rossetti's term, and will oversee several projects that were approved by voters during a special election in August.

Former police chief, Mike Nelson, who served in that capacity for nearly 20 years said he has been around for a long time, and is dedicated to the city of West Fork.

"They can remember me when I served as police chief and I worked many hours for them in that capacity," said Nelson, who currently serves as a city alderman. "I'll work just as hard as the mayor and try to bring the most pride and the best to West Fork that we can do."

Steve Winkler, a local businessman, called himself the outsider of the race who wants to shake things up at city hall.