FORT SMITH, Ark. (KFSM) — A River Valley woman says she was channeling her inner investigator after she figured out who is responsible for hitting three vehicle... 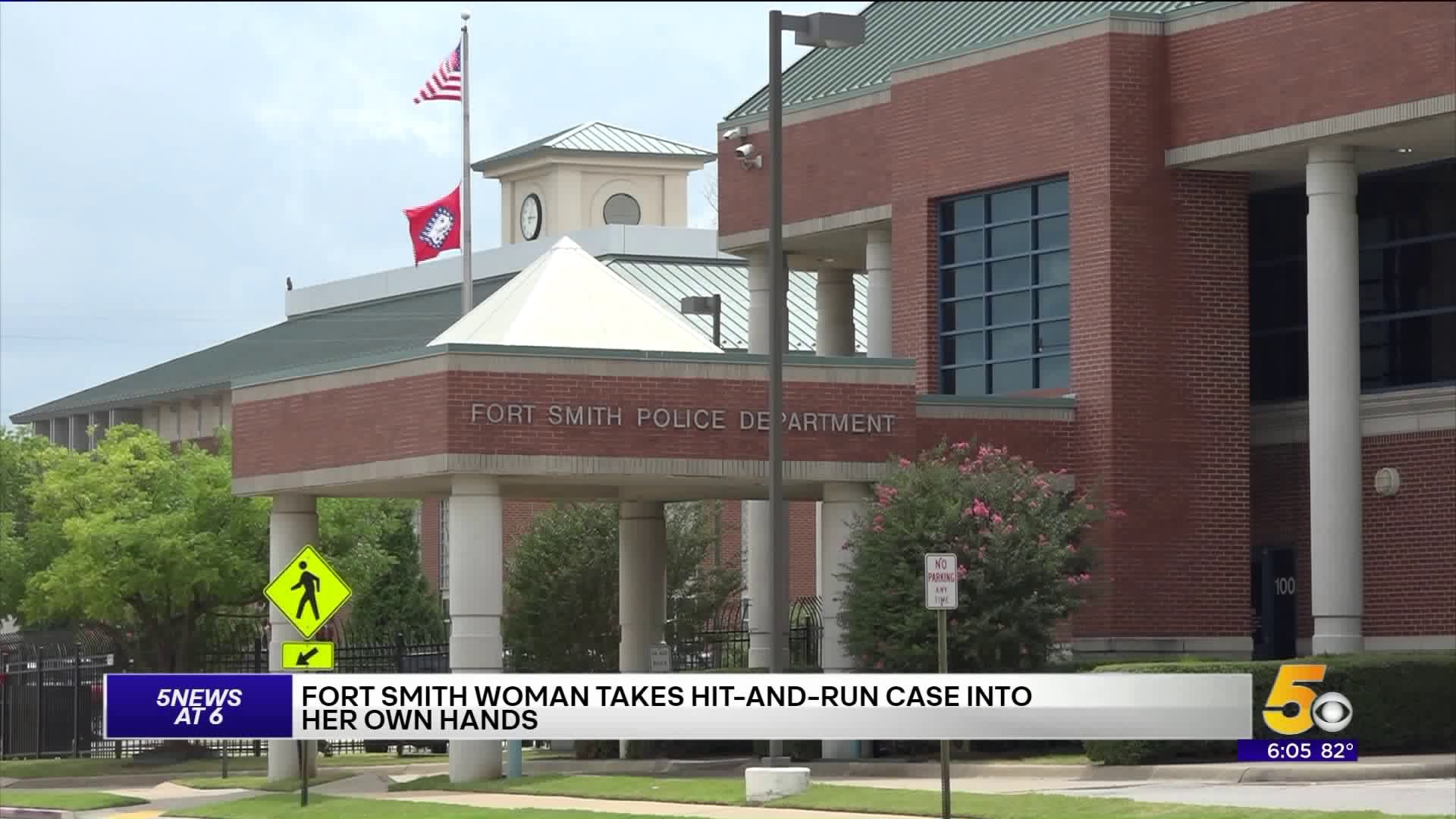 FORT SMITH, Ark. (KFSM) — A River Valley woman says she was channeling her inner investigator after she figured out who is responsible for hitting three vehicles, two belonging to her and her son, and leaving the scene earlier this month.

“I love my Fort Smith Police Department, they do a really good job, but sometimes a person can just know by how they are being spoken to if this is being taken seriously,” Darla Lackey said.

That’s why Darla Lackey decided to a month ago today to investigate the crime herself.

A car ran through a stop sign, hitting one driver and then slamming into two other parked cars, then fled the scene. The surveillance video from a nearby business caught the truck in action.

“I felt like I needed to do something because I’m determined to continue to help those around me because that’s my nature, that’s who I am and I will fight for justice for anyone that needs it," Lackey said. "I have in the past and this time I had to fight for myself."

The Fort Smith Police Department says it has followed up on all leads Lackey has presented, but they have no evidence to connect any of the leads to this accident. They say they take all reported crimes seriously.

Lackey says she went to every place within a 50-mile radius that sells the car parts left at the scene. She finally found the place where identical parts were ordered hours after the accident. From the invoice, she was able to track down the truck, take photos showing the damage, which she was able to then show to one of the victims whose vehicle was hit.

"I then showed Mr. Vickers a series of five pictures of different vehicles with the last one being of the identical truck I took pictures," Lackey said. "Mr. Vickers was able to point out the truck that hit him."

Now, Lackey is hoping to get into small claims court and get restitution for all three of the cars that were hit.

“I am hoping that the Fort Smith Police Department doesn’t take this as an insult but as a way of understanding that I am trying to do what I need to do and now I really need them to step up and do more,” Lackey said.

The Fort Smith Police Department says it has not identified the driver, so there have been no arrests or citations made in the case. They encourage anyone with information that could help them solve this case to call their field command officer.