FORT SMITH (KFSM) – A World War II Navy veteran who lives in Fort Smith turned 90 on Saturday (June 13). His birthday party was planned — but there were a... 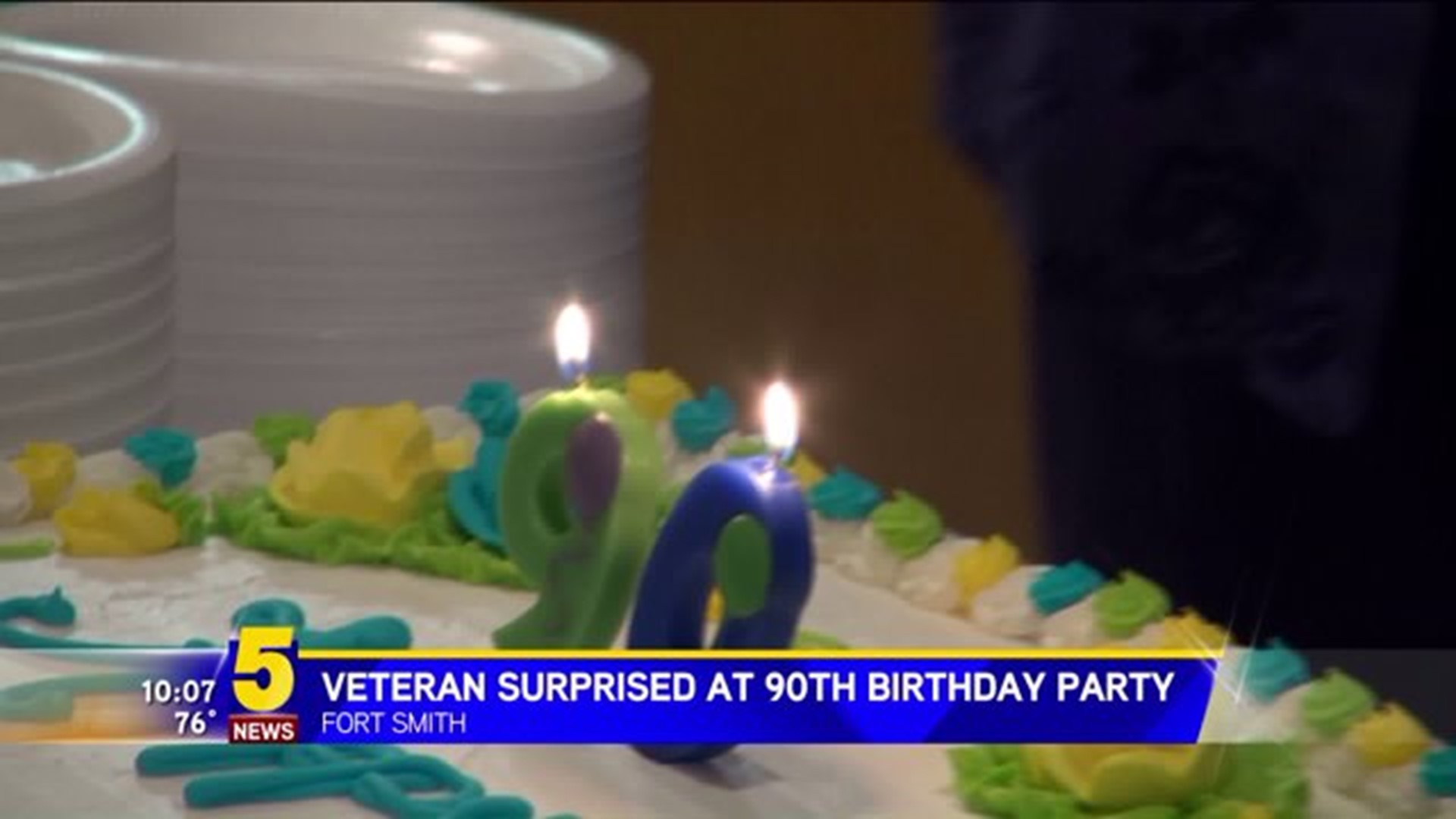 His birthday party was planned -- but there were a few surprises.

"I didn't realize I had that many friends and relatives!” he said.

After everyone sang “Happy Birthday” and he blew out his candles, Bean could tell something unusual was about to happen.

“Mr. Bean, you have the heart of a servant,” Deason said at the party.

She was referring to the combined 30 years of Bean's life that he has dedicated to serving in the U.S. Navy, and with the Fort Smith Police Department. He served with the department from 1955-1975, and was the assistant chief for the second half of his time there. He also served on the Crawford County Sheriff’s Office Mounted Patrol team.

He was aboard the USS Raleigh in WWII, and served in the Naval Reserve in Fort Smith after the war.

One by one, Bean was presented four medals honoring his time in the Navy -- medals he knew he would receive, but didn't know when they would arrive.

"I’m glad that I’m a citizen of the United States,” Bean said. “I'm proud of our country -- and I'm proud that I served our country, both in the military and in the public.”