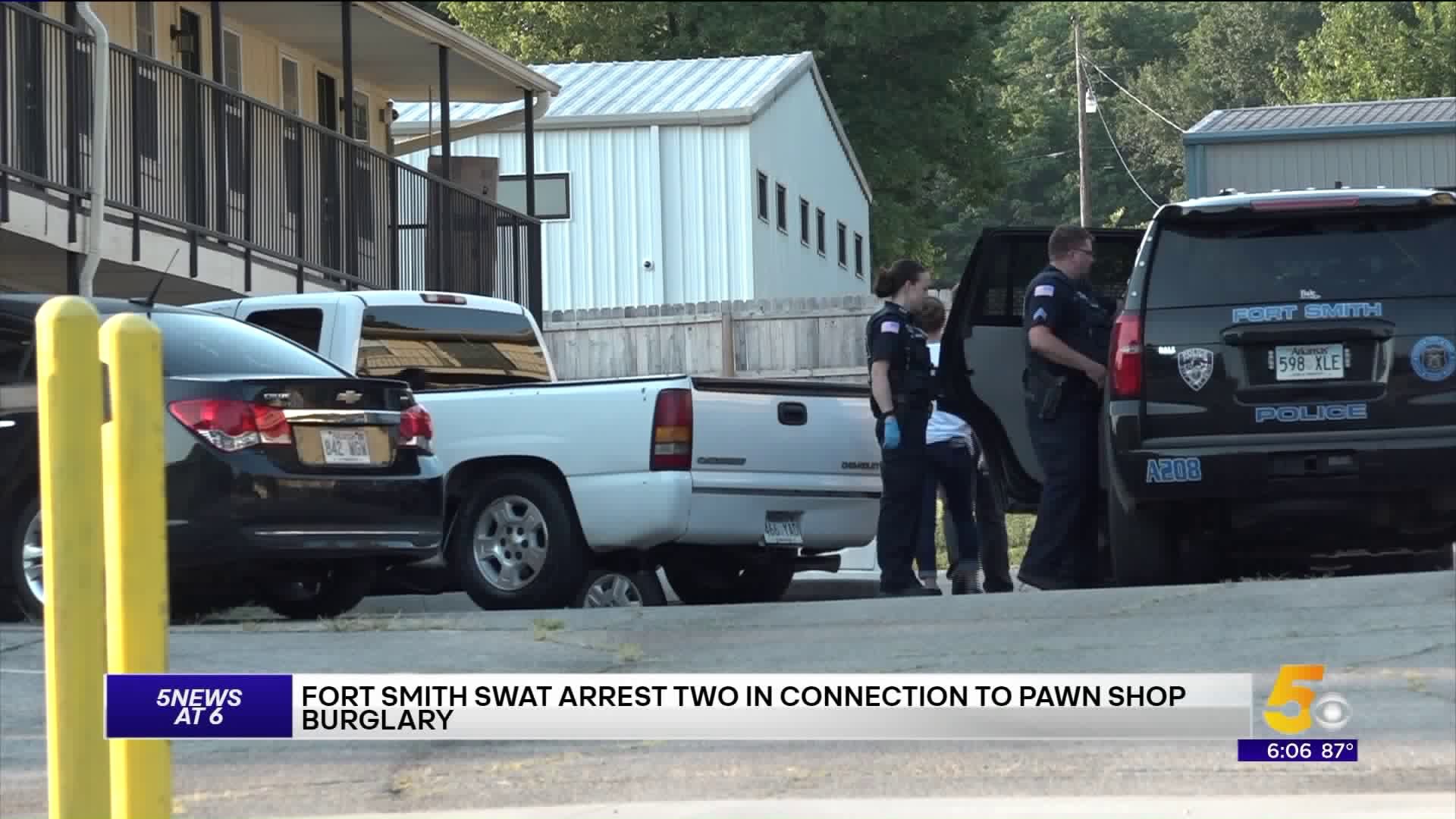 According to Aric Mitchell with Fort Smith Police, the SWAT team served two felony warrants in connection with a burglary case.

Neighbors say the police threw some sort of tear gas or a smoke bomb inside the apartment and entered with gas masks on.

Police say two people were arrested, one juvenile and one adult. Houston Reed, 18, has been identified as the adult arrested.

The pair were wanted for the burglary of D&D Pawn Wednesday morning during which numerous items, including firearms, were stolen, according to Mitchell.

Reed is being held at the Sebastian County Detention Center on a $9,500 bond. The identity of the minor involved in the case has not been released.