FORT SMITH (KFSM) — With students across Northwest Arkansas and the River Valley heading back to class, street department employees are working to make su... 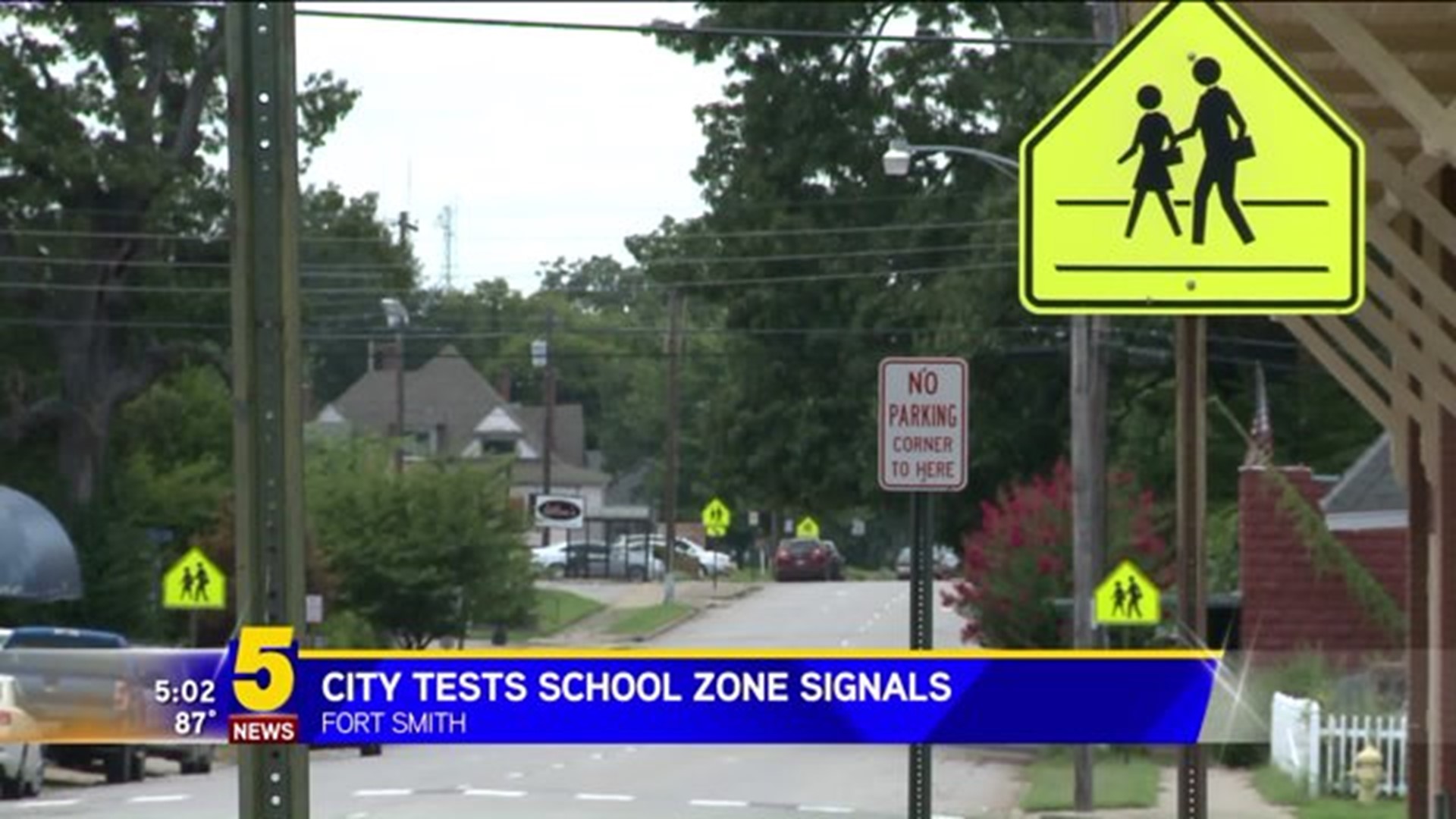 FORT SMITH (KFSM) -- With students across Northwest Arkansas and the River Valley heading back to class, street department employees are working to make sure kids are safe in school zones.

The Fort Smith Street and Traffic Control Department has been testing school zone signals since last week, just to make sure everything is working when school starts on Monday (August 17).

Street Department Director Greg Riley said there are 55 school zone flashers in Fort Smith and said his crews have tested every single one.

“They are on before school starts and then when school is getting out,” Riley said.

Diana Millican has two daughters and two grandchildren in Fort Smith schools and said she worries about their safety.

“I see people careening down the road all the time, even when it is not school season, and there have been people who have been hit, killed,” Millican said.

Police said drivers need to be careful and slow down in school zones.

“I know the parents always teach them, and I remember since I was a kid you know, left, right, left again, but sometimes kids forget,” Millican said. “They get distracted. You know first day of school. They are seeing their friends from the last year, and they get carried away, and things can happen.”

Police said they will have extra patrol out when school starts next week. Police also want to remind drivers to put cell phones down while driving.