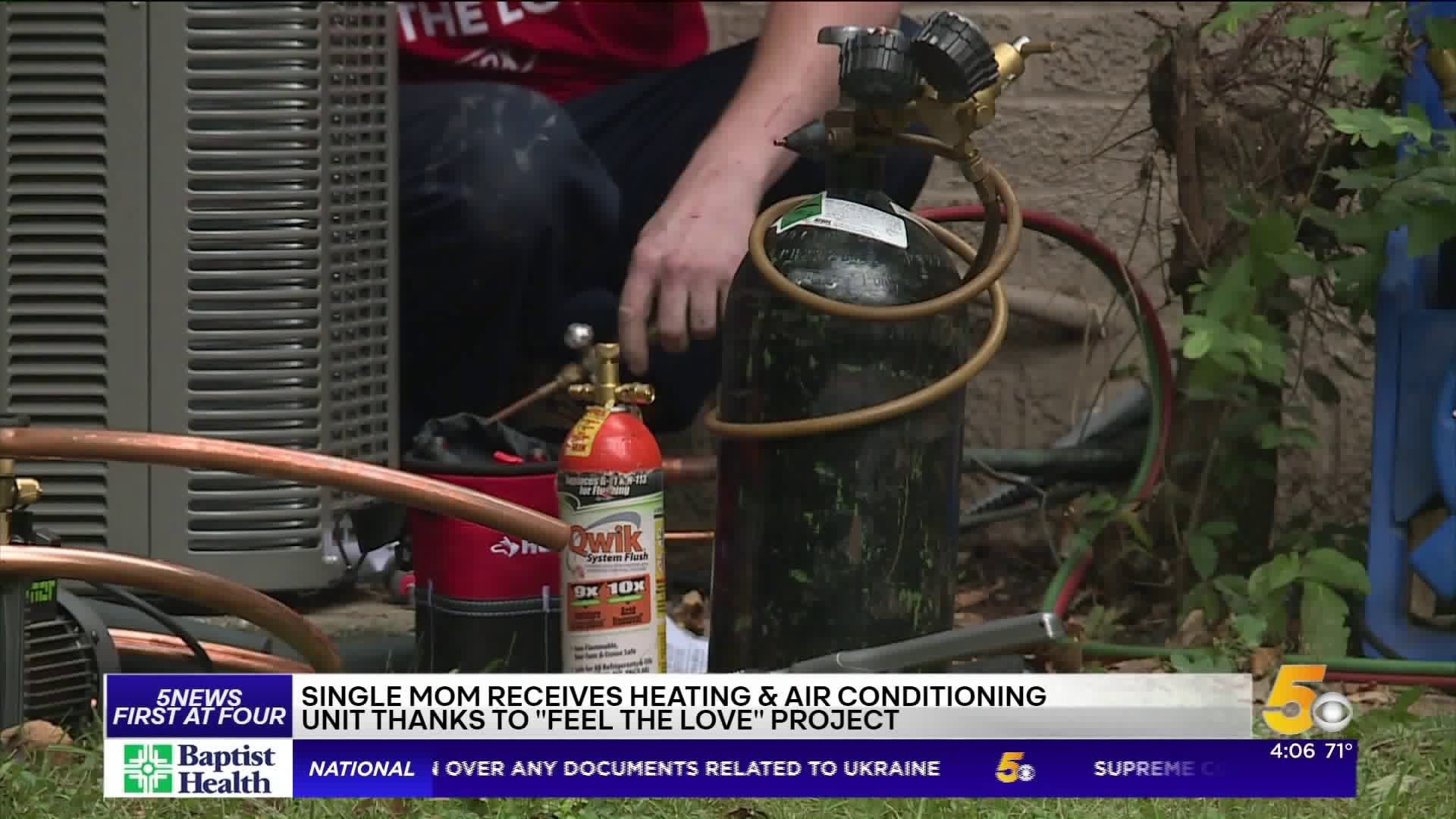 Kaycee Young was nominated by her friend Lisa Creekmore for Lennox Heating and Cooling's "Feeling The Love" campaign after her air conditioner broke twice this summer.

Young is a chaplain at Mercy Hospital as well as a mom of two adopted daughters.

"Anything extra is a stretch so a heat and air unit was going to be a big burden," Young said.

Creekmore says she came across the nomination form one day and thought why not.

"I think God was speaking to me because I don't normally do things like that," Creekmore said.

Creekmore said she didn't know anything about Lennox or its "Feeling The Love" campaign.

Lennox is an air conditioning unit company that teams up with local businesses to provide units for special people in the community.

Martin's Heat and Air from Fort Smith are partners with Lennox and picked Young from the nominations to be the lucky winner.

Young had no clue she was even nominated until she got the call and says she wanted to cry from relief.

"You don't realize the comforts of home and what you really need until you don't have that comfort," Young said.

Thousands of people are nominated for the opportunity to receive a new unit each year but only a few hundred are chosen.

Young says the fact that she was chosen is awe-inspiring and overwhelming.