FORT SMITH, Ark. (KFSM) — Fort Smith students won’t have to make up three days they missed in May when the school district closed due to historic fl... 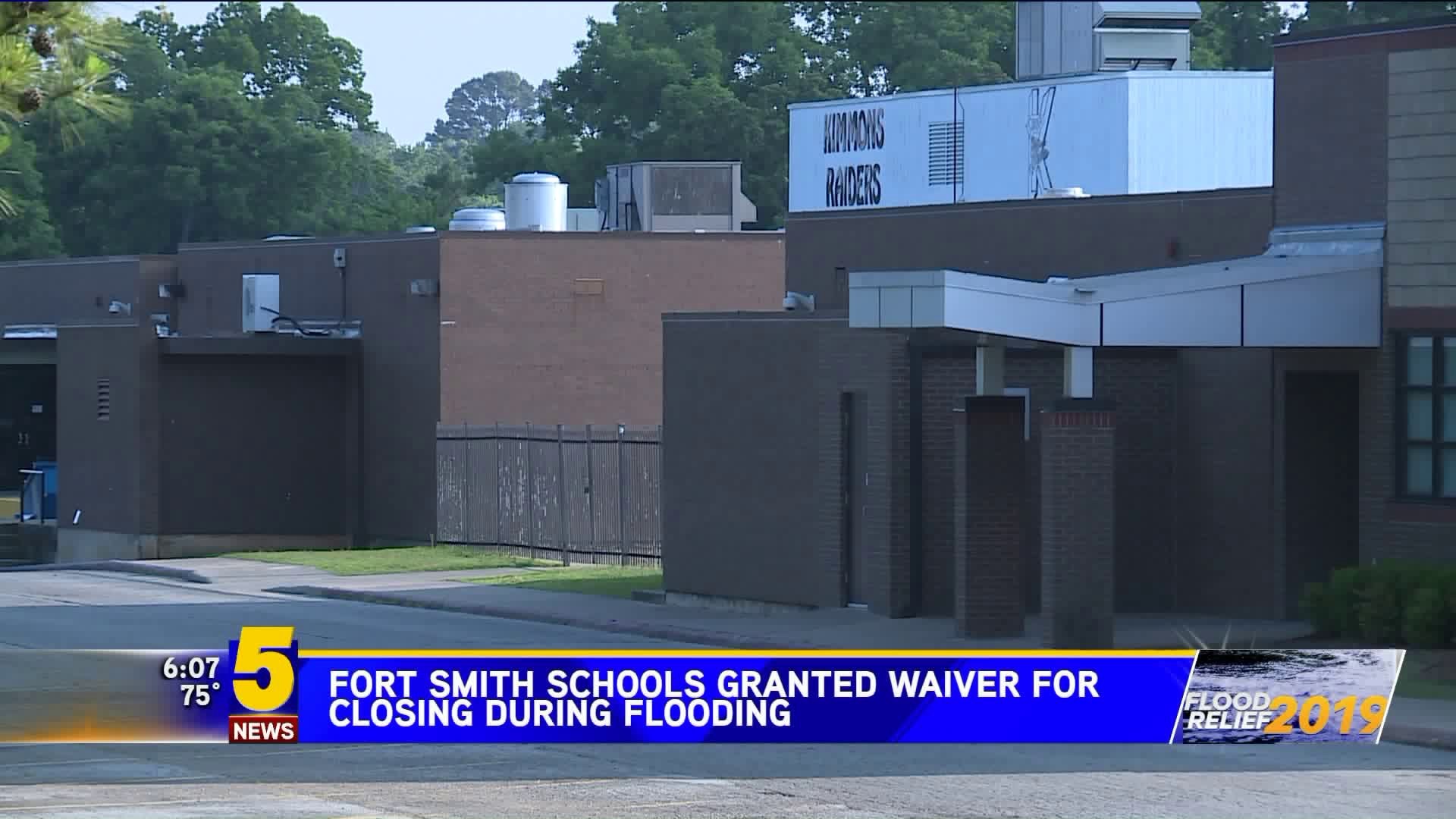 FORT SMITH, Ark. (KFSM) -- Fort Smith students won't have to make up three days they missed in May when the school district closed due to historic flooding after getting a waiver from the state Board of Education.

The board announced Thursday (June 13) the make-up days won't have to be scheduled because of "unprecedented flooding that has afflicted our area."

Dr. Doug Brubaker, superintendent for Fort Smith Public Schools, said he was "very grateful" for the board's action and thanked several cit and county leaders who wrote letters of support for the waiver.

The floods shut down barge traffic in Fort Smith, causing the state to lose $23 million a day, according to Hutchinson.

Thousands of acres of farmland have been destroyed during the disaster, and it’s unclear at this time what kind of impact on the state’s economy the loss of crops will be.

Residents from eastern Oklahoma to the River Valley are still assessing the damage as flood water recedes.

Preliminary damage assessments (PDAs) estimated a cost of $27.2 million to cover temporary housing, repair, and replacement housing, as well as provide for other needs required by residents, according to Gov. Asa Hutchinson.

Estimates for debris removal and emergency protective measures for local and state government run as high as $8.5 million, and the state expects the additional infrastructure losses to be in excess of $100 million.

The United Way of Fort Smith has posted information about volunteer opportunities and is collecting financial contributions for long-term flood recovery efforts here.