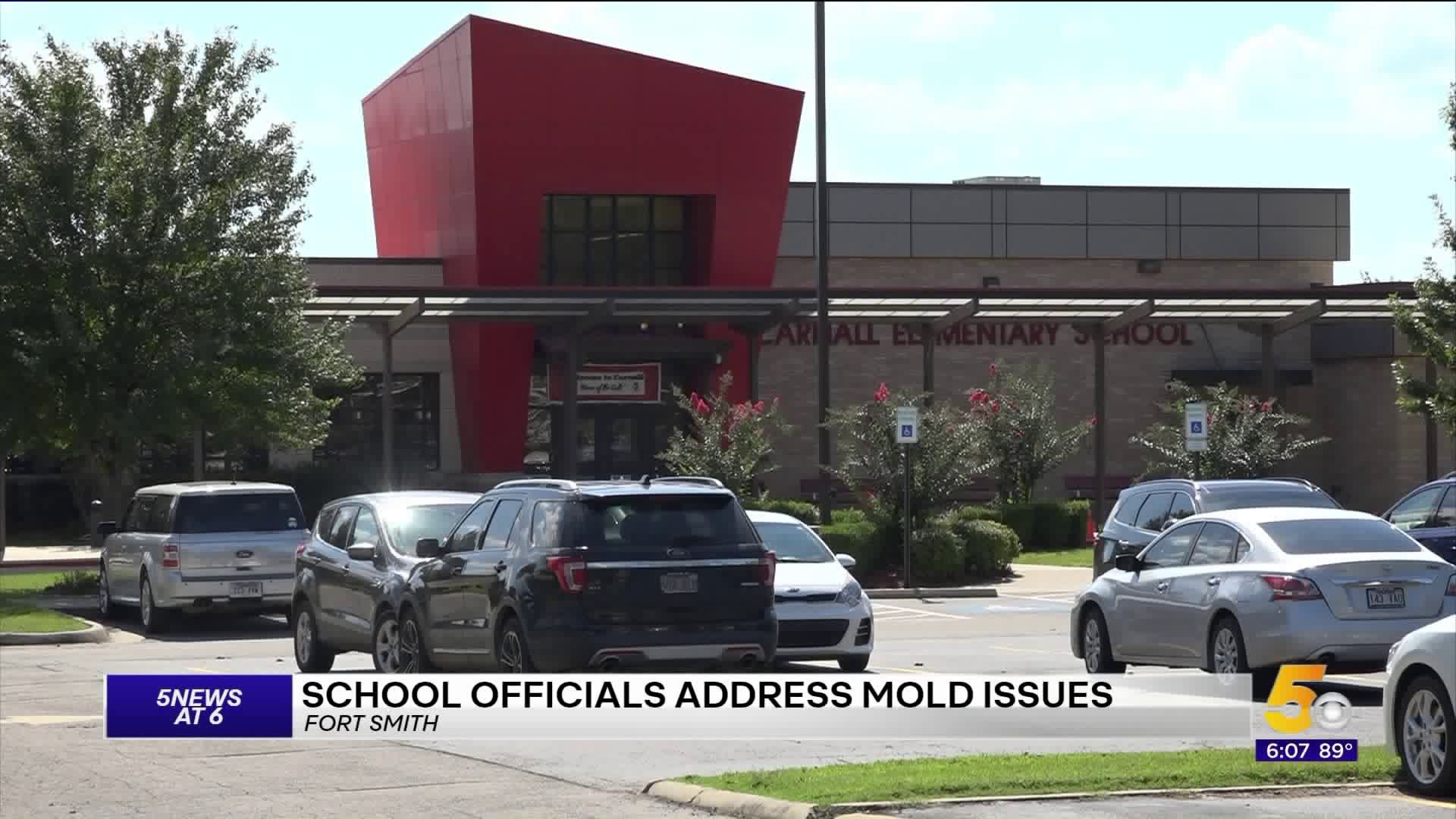 FORT SMITH, Ark. (KFSM) — Record rainfall in the River Valley last summer caused a mold and fungus problem at some public schools. 5NEWS spoke with the school district about how they are cleaning things up.

The Fort Smith School District says with high humidity levels over the summer and students not occupying schools, air conditioner temperatures were set much higher than usual, leading to mold and fungus being found in several schools in the district.

The school district says they took an aggressive stance and brought in outside consultants to look at any area with mold issues.

Director of Security & Facilities Bill Hollenbeck says a very detailed study gave them recommendations and they had an outside company come in and clean all the ductwork at Euper lane. He says they are doing a mechanical study to look at more modern HVAC features that could allow them to de-humidify specific classrooms and hallways that draw in moisture, especially during the summer. He says they recently had the school air quality tested again.

The Fort Smith School District says they are still looking for long-term solutions to some of their problems. But they will have a better idea of those once the mechanical study is finished.