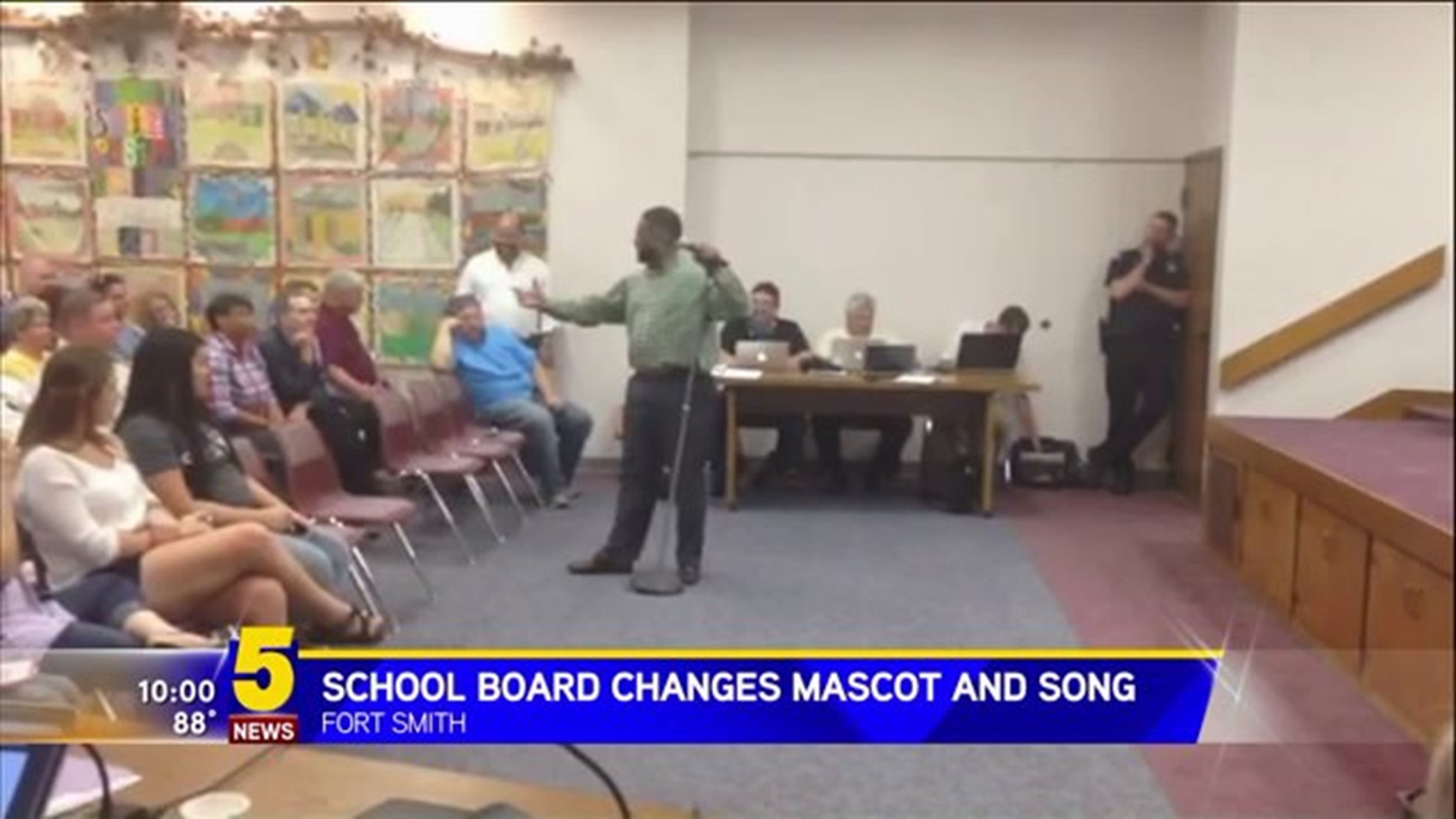 "In the next few days we will be making a selection of a new fight song," said Fort Smith School District Superintendent Dr. Benny Gooden. "At least one fight song, and we may have others down the way."

"The new mascot will be decided by a committee that consists of alumni, students, also some members of the business community," said Fort Smith School Board President Deanie Mehl. "This is not something the [school] board will decide."

Making changes to Southside High School uniforms will cost about $200,000, according to the school board.

"We do have funds set aside within the district," Mehl said. "It will not be part of our general operating fund."

About 200 people came to the meeting to voice their opinion.

The school board is facing a lawsuit over a committee meeting it held on June 23 when members voted to recommend changing Southside High School's mascot and fight song. Fort Smith attorney Joey McCutchen filed the lawsuit claiming the school board violated the Arkansas Freedom of Information Act by holding a committee vote without notifying the public.

"The school board did not say one word about why they were for or against, and that is concerning, so I think we, the voters, need to come out," McCutchen said Monday. "We need to get a school board who will engage us in the process because that's what our government stands for."

McCutchen said he will go forward with the lawsuit. A judge agreed to hear the case on Wednesday, two days after the school board's decision. Mehl said the school board did not violate any portion of the Freedom of Information Act.

Others, like Melissa Woodall, were ecstatic about the board's decision to do away with "Dixie" and Johnny Reb.

"If you're from here, we know that most of us don't hold hate in our hearts, and we do not mean anything negative by the Southside symbols, but not everybody, everywhere understands that part of our community," Woodall said. "A different mascot would better represent our community."