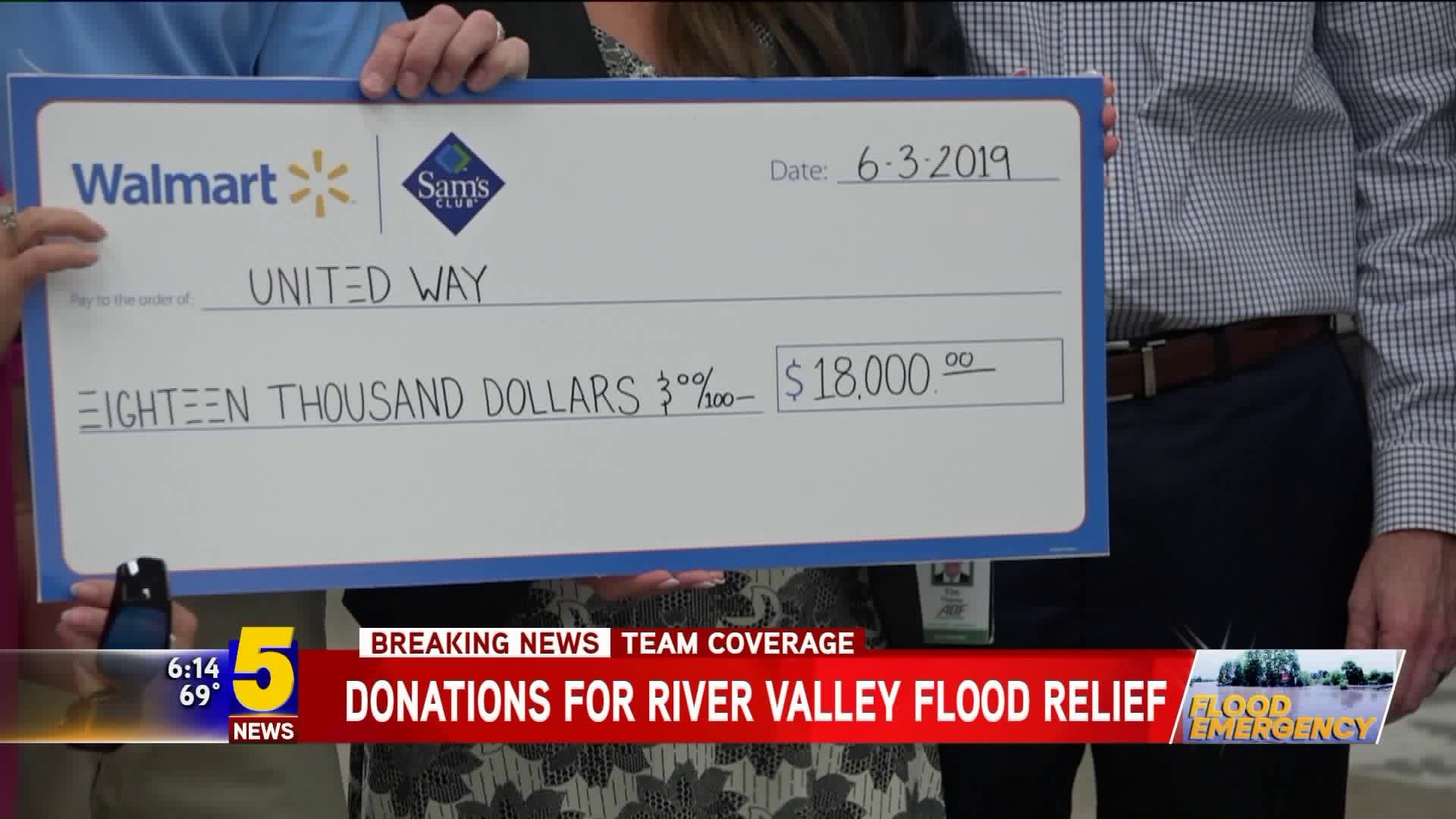 Monday (June 3) the Sam's Club and Harps stores in Fort Smith donated thousands of dollars to help those whose lives have been rattled by the historic flood.

The two businesses donated the money to United Way for flood relief.

"They've had people calling them, I'm sure, that need it. They've been one of the major organizations that have stepped up here in Fort Smith in trying to help the people," said Harps Manager Louis Schluterman.

Harps and Sam's Club donated a total of $25,500 directly to Unite Way, which will now divide part of that donation among 10 agencies that have been essential in helping flood victims.

"We wanted to make sure the agencies that are boots on the ground, they`re actually out there working with the individuals who are the survivors, were able to receive some of the benefits from the donations to directly impact their work," said President and CEO of United Way of Fort Smith Eddie Lee Herndon.

Herndon says United Way of Fort Smith expects more people in need to come forward as the water recedes. Some of the money donated will go toward filling donation centers with anything flood victims may need.

The donation hub is located at the old Sears store at Central Mall in Fort Smith. Donations are accepted Monday through Saturday 9 a.m. to 4 p.m.

Walmart corporate announced Monday that it will be doubling its initial donation and will now be giving $1 million for flood relief to the mid and southern regions of the United States.