FORT SMITH, Ark. (KFSM) — A local family has re-opened their business after a massive fire changed their lives about a year ago. Taipei Chinese Restaurant... 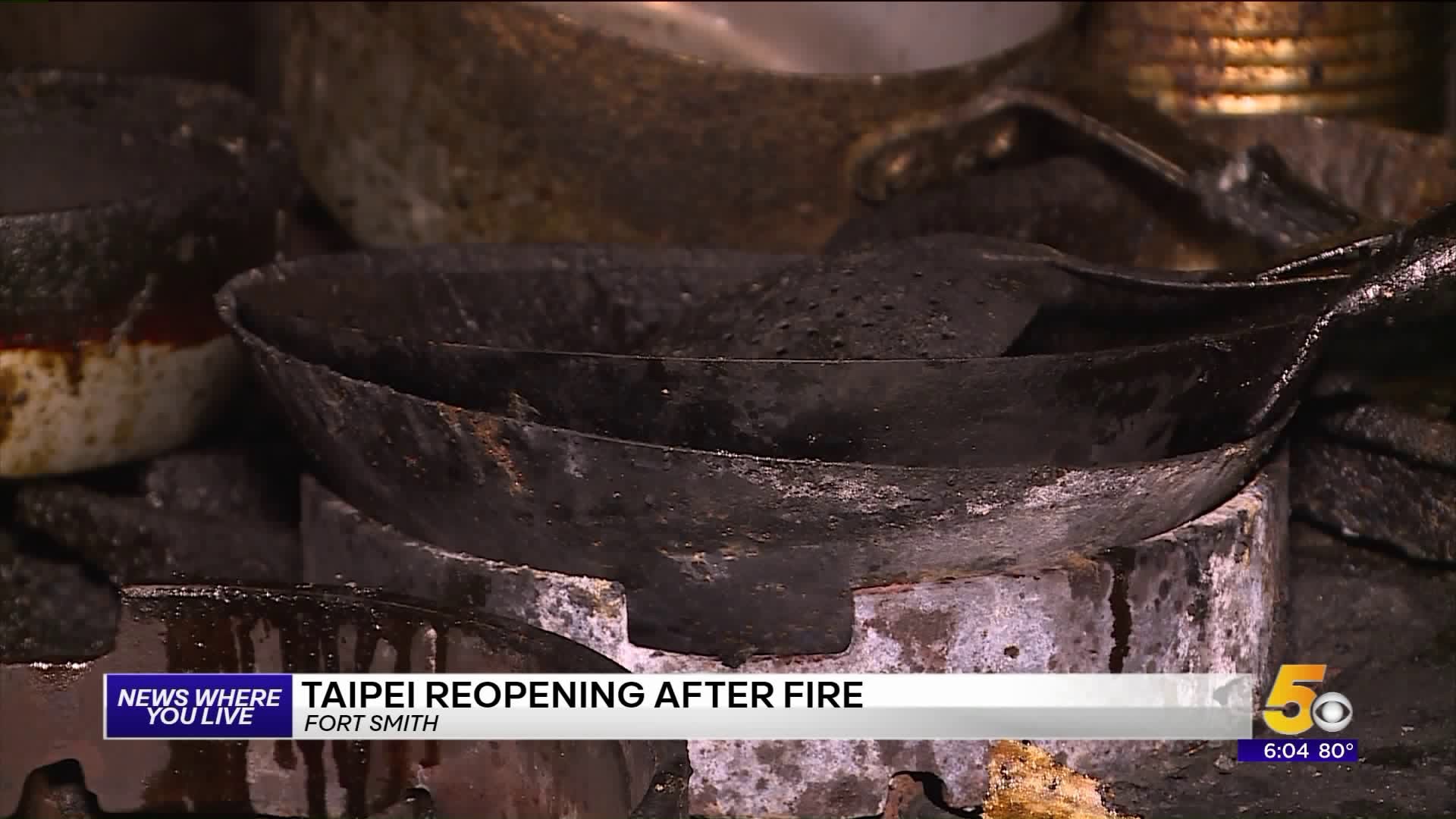 FORT SMITH, Ark. (KFSM) -- A local family has re-opened their business after a massive fire changed their lives about a year ago.

Taipei Chinese Restaurant on Rogers Avenue in Fort Smith held their grand re-opening Monday (July 15) almost a year ago to the day a fire started in the kitchen.

“My wife and I, Penny have been coming here since high school at Northside, it’s been over 30 years but everything here…there is nothing here we don’t like, it’s all good,” Billy Mcelyla said.

Billy Mcelyla and his wife were at Taipei for lunch, ready to eat the food they’ve been missing for almost a year.

“We’ve tried other spots, but none of them compare to this place. This is the best. It’s just the food, the people and the atmosphere,” he said,

The fire started in the kitchen after a pan on the stove caught on fire. The fire caused a lot of damage to the kitchen, but the dining area had smoke and water damage.

“The insurance company came and ruled it as severely damaged, so we gutted the entire building and essentially built from the ground up. We kept the four exterior walls, but everything else is brand new,” Madeline Phan said.

Madeline Phan’s family owns the restaurant and said it made them feel great to see customers lining up outside this morning.

“We really missed; we knew we're missed but by any means this much. It’s hard to see people come in and want to sit down, but there literally aren’t tables,” she said.

Phan said everywhere they would go over the last year someone would stop them to ask when they were going to reopen, so they are glad the wait is over.

“On behalf of my family, we would like to thank the entire community for their patience and tremendous support throughout this year. We have really missed our customers, and we would like to welcome everyone to come,” Phan said.

If you didn’t get the chance to make it for their grand re-opening Taipei is open every Monday through Friday for lunch and dinner.

Taipei expanded the height of the building but kept their iconic red roof and of course all your favorites are still on the menu.