FORT SMITH, Ark. (KFSM) –Family, friends and neighbors came together in Fort Smith Saturday (May 18) in some of the hardest-hit areas to help pick up the ... 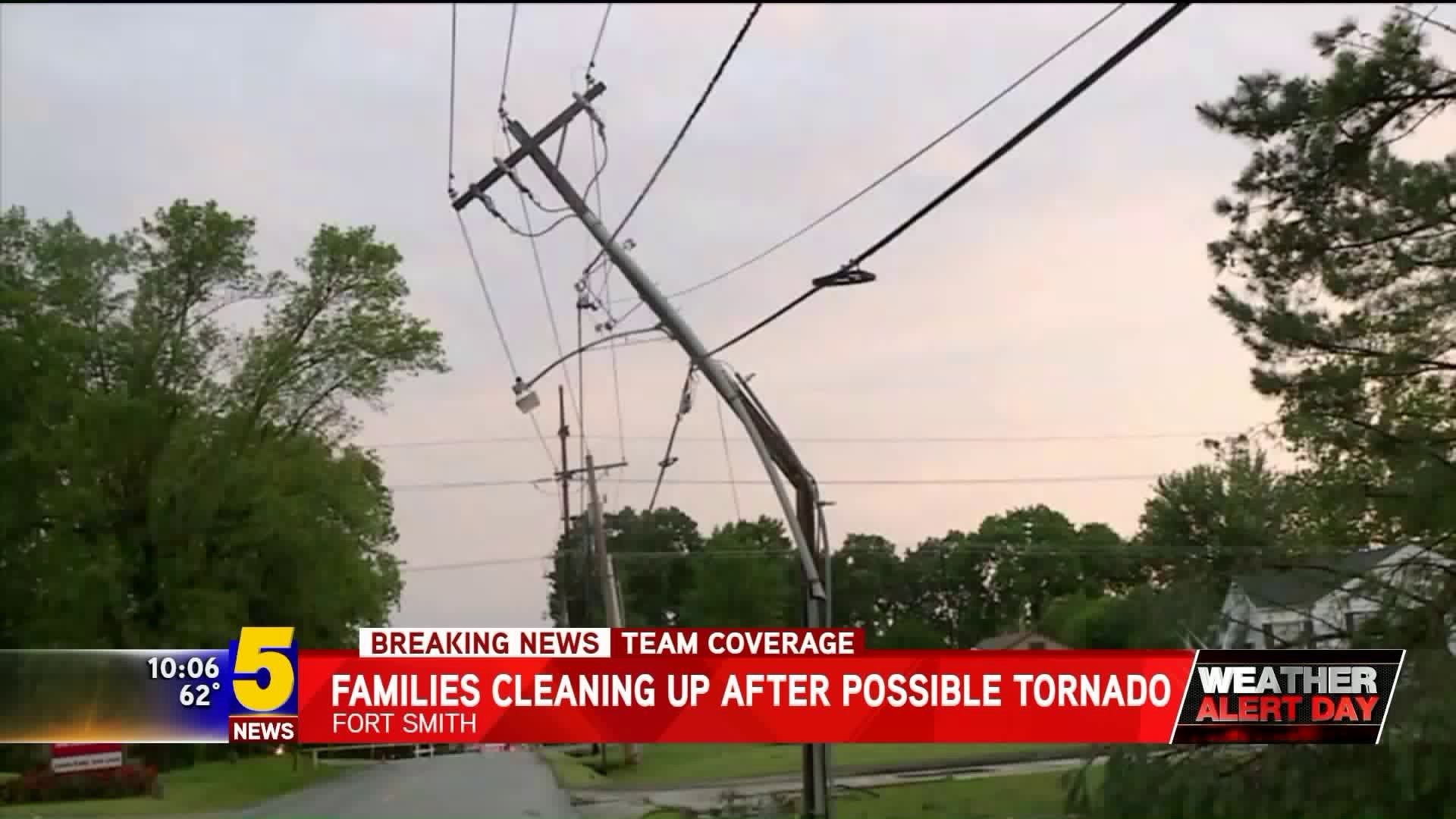 FORT SMITH, Ark. (KFSM) --Family, friends and neighbors came together in Fort Smith Saturday (May 18) in some of the hardest-hit areas to help pick up the pieces following the storms.

Following the storm, every corner near Jenny Lind Street was covered in trees, roofing and debris.

Jeannie Pendleton's home and cars were hit heavily by the storm.

“I’m a person that just wants to come out and look,” Pendleton said. “I didn’t think it would ever hit me”

Pendleton said as she heard the storm coming she knew this one was different.

Even though her roof and car port are partially gone, Pendleton said she is thankful that what’s most important to her is safe.

“I still have my family and that’s all you can ask for,” Pendleton said.

Shawn Young lives down the street from Pendleton and described the area as a war zone.

“I looked out [of] one of my windows and we have a basketball goal that was completely turned over,” Young said. “I came in and looked out my kitchen window and I said 'Oh no the tree is down and it’s on top of the car.'”

Young’s home was just one of the many homes on his street with fully-grown trees completely uprooted by the strong winds.

“You know, it happened real quick, just like that,” Young said. “You don’t realize how much damage is done until you walk out and you see all these big old trees that are just picked up and laid down just like tooth picks.”

Young said his car can be replaced and that he is most thankful his family is safe.

“You don’t think much about it until something like this happens,” Young said.

Many people who live in the area said they plan to spend the next few days beginning the clean-up process and helping their neighbors.