FORT SMITH, Ark. (KFSM) — It’s been about two months since it was announced that the HOPE Humane Society would have to close and Fort Smith remains withou... 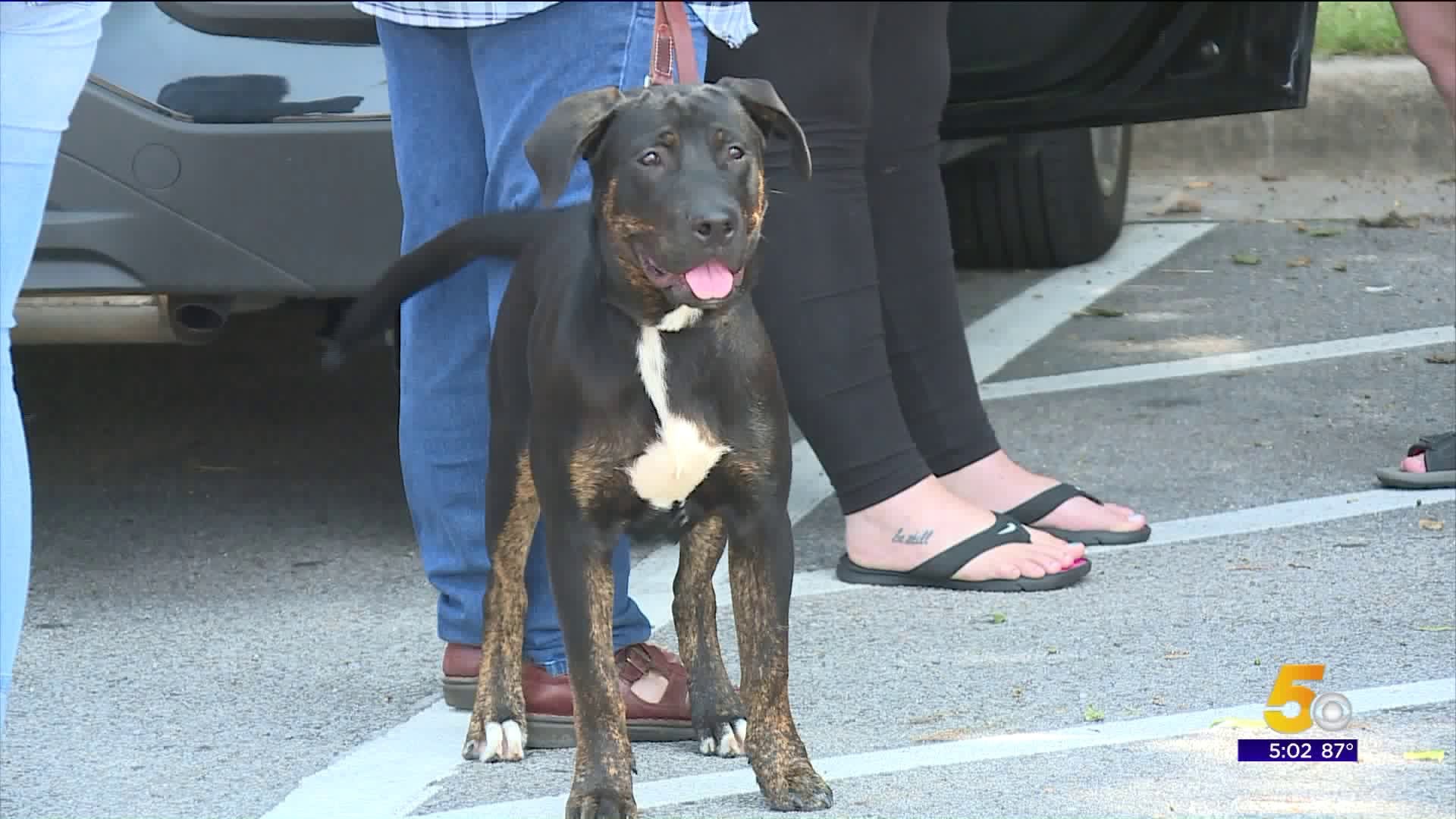 FORT SMITH, Ark. (KFSM) — It's been about two months since it was announced that the HOPE Humane Society would have to close and Fort Smith remains without an animal care and control facility.

That's why some animal advocates have taken it upon themselves to foster animals found on the streets.

“We are seeing terrible things happen to animals such as abuse, abandonment, just straight up neglect because there’s nowhere to take these animals anymore. There’s no safe haven for them," Mary Scott said.

Kimberly McCormick says in the last two weeks she’s been asked to take in or place about 50 cats. She's only been able to take in four.

"I don’t know what to do anymore," McCormick said. "I’ve turned my kitchen breakfast nook into a quarantine area for kittens. This is a big problem. Our city has to wake up. We need a place for them to go."

Two weeks ago, a puppy now named Otis walked into the city's water department looking for food and shelter. Luckily the right person found him, and he's headed to his forever home very soon.

Some of the residents volunteer for animal rescue organizations, but others like Ernestine Casey are just trying to help. Some even use money out of their own pocket to pay for vaccinations and other medical expenses.

"We cannot keep taking dogs in," Casey said. "I believe there are laws about how many dogs you could have, and I just feel like our citizens here in Fort Smith are overwhelmed with trying to care for the population of dogs and cats right now."

Some are calling the problem a crisis and hope the city makes solving it a priority.

"This isn’t only an animal lover issue, this is a citizen issue because these animals roaming the streets have the potential to be aggressive," Scott said. "Children are more prone to getting attacked by dogs. We have the disease running rampant. We have wrecks over animals in the road and it’s just a really big mess."

An administrative official with the city says that negotiations with Kitties and Kanines are going well and a contract is close to being finalized.

There’s still no timeline set for the opening of a new impound facility.