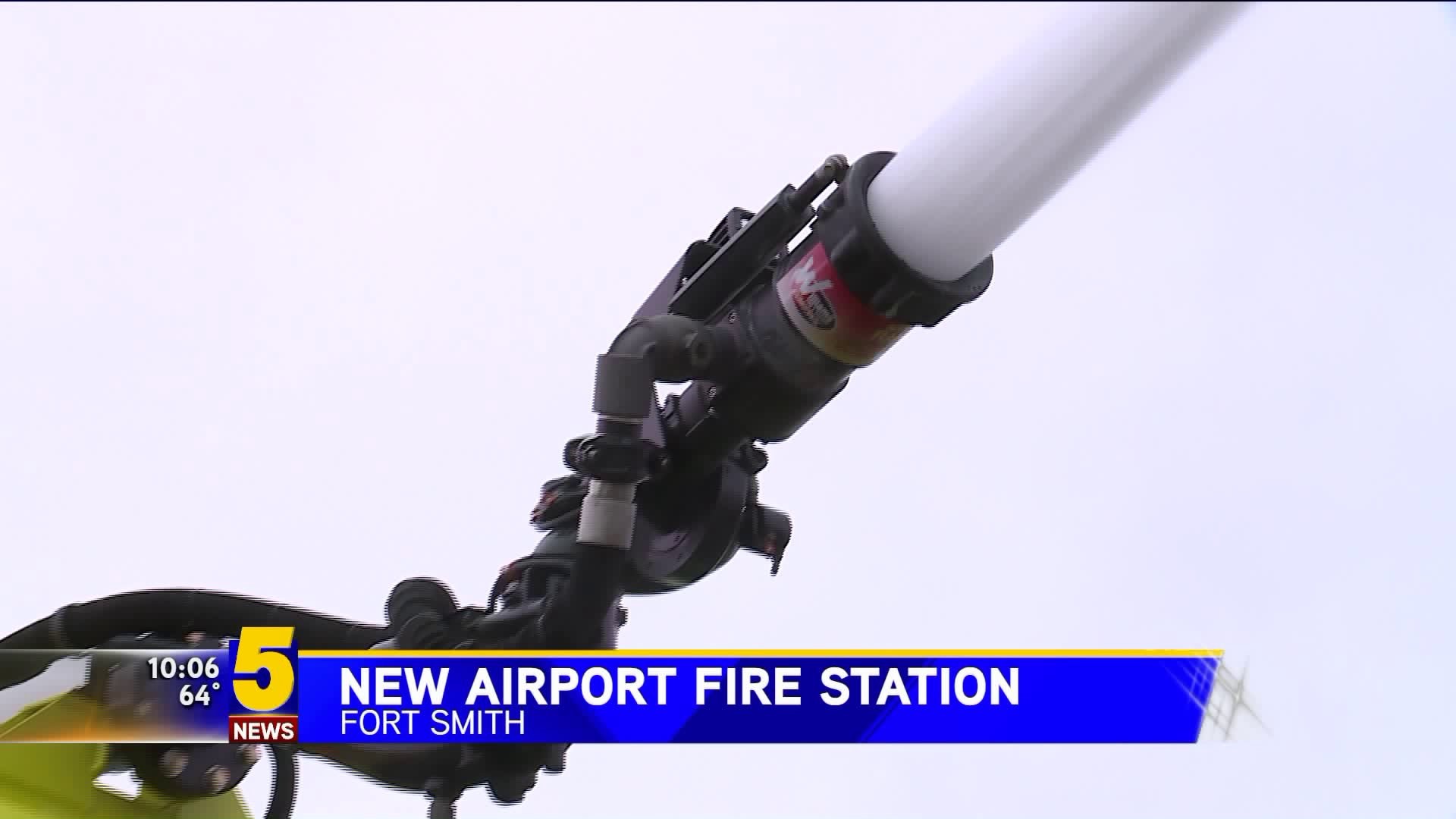 The three-bay air rescue firefighting facility was made possible thanks in part to a grant from the Federal Aviation Administration.

The airport became responsible for its own rescue and firefighting back in 2014 after the 188th wing of the Arkansas Air National Guard's mission changed.

"It renewed the partnership between the 188th and the airport. Not that we had a strained relationship with the local wing because of the fact that their mission had changed and we didn`t work together on a regular basis, " said Michael Griffin, Fort Smith Regional Airport Director.

The 188th started providing services again a few years ago with equipment owned by the airport.

This year is the first time in five years the program will be full-time.

"Our plans are to utilize it to the best of our abilities. Having a good partnership with the airport and the city of Fort Smith and to try and work together with Fort Smith Fire Department, " said Fire Chief Stephen Schaffer.

The new station is centrally located between both runways at the airport, allowing for quicker response times.

"We've always met the safety requirements for our fire fighting services but now having a centrally located facility we just building top of that, so we are beyond what is required for safety. That`s comforting for our traveling public," said Griffin.

Firefighters with the 188th will man the new station 24 hours a day, seven days a week.